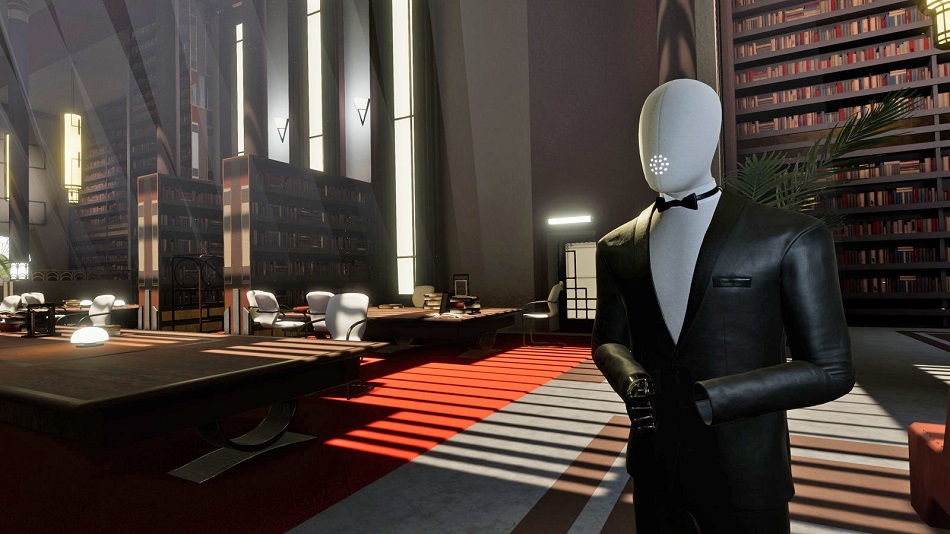 The subject of this installment: The Spectrum Retreat, developed by Dan Smith Studios and published by Ripstone.

In the past six months, I’ve been getting into PC gaming. The good news is that I’m a big fan of narrative adventure games (aka walking simulators) which the PC has in spades compared to consoles. The bad news is that the PC gaming space is littered with puzzle games, which I’m wary of because I generally find myself too dumb or impatient to solve puzzles that are divorced from storytelling. The worst news? PC storefronts are minefields for puzzle games cleverly disguised as walking sims, and I’m disappointed to say I’ve fallen victim to this ruse with The Spectrum Retreat. Although its Steam page claims it has puzzles that don’t push its story to the backseat, it’s a first-person narrative game whose puzzles push story to the backseat.

As things begin, players wake up in a science fiction art deco hotel run by fancy robots in tuxedos. With no other information to work with, I cautiously explored my room until a knock on my door told me my meal was ready and that I needed to report to the hotel restaurant. It was soon revealed that my character was the only human in the place, and one who’s stuck in a time loop that repeats itself Groundhog Day style. I wake up, I get my meal, I explore, and I go back to sleep. Wash, rinse, repeat. There’s no combat, no stealth, and no dialogue trees — just this routine. 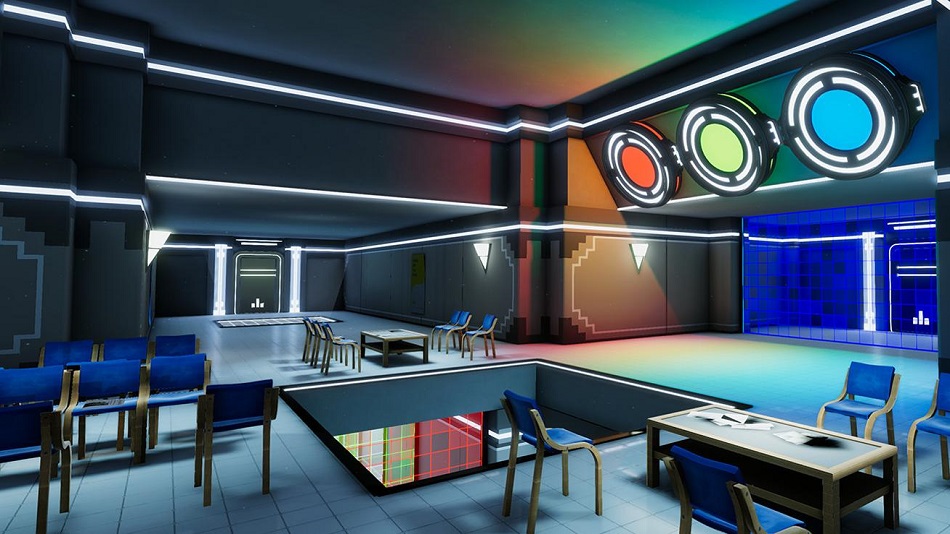 Before long a woman called and promised she had a way to get me out of the hotel, but I had to keep acting normal and play along so the robots wouldn’t suspect anything. She gave me directions on how to find secret rooms in the hotel.

I want to make it clear that at this point I was about 20 minutes into The Spectrum Retreat, and it had its hooks in me thanks to a slow-burn mystery and cautiously exploring for clues. The woman who called also had great lines, and the voice actor added some genuine urgency and alarm to the proceedings. It was doing all the right things for me.

However, once I started following the woman’s directions, she led me to a secret door in the hotel that opened into a series of puzzle rooms where I had to use my character’s phone to swap colors on multi-colored cubes. If I encountered a red cube, for example, I could absorb the red into my phone. This left the cube white, and enabled me (now with a red phone) to walk through red gates in the rooms. 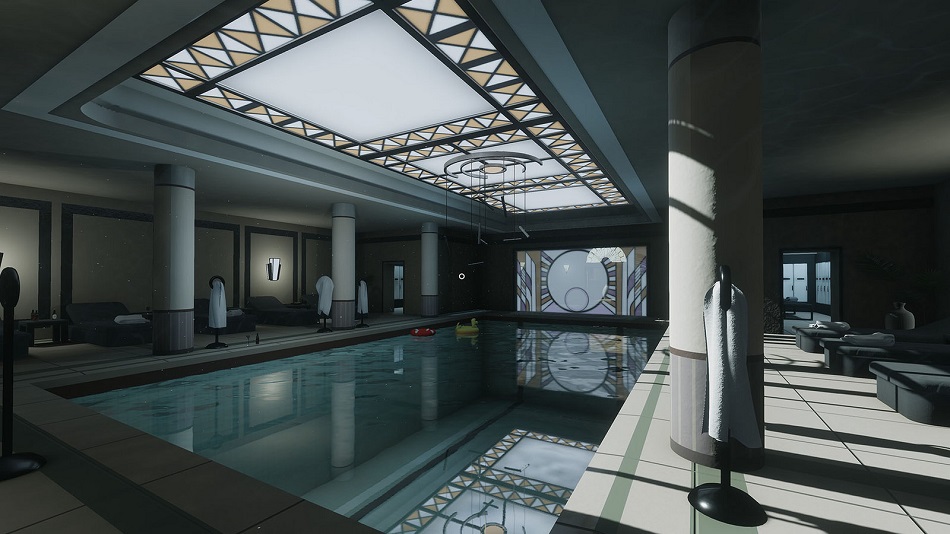 The puzzles started simply enough and eased me in so I didn’t feel overwhelmed. After about five puzzle rooms, I was ejected back into the hotel and could access to the next floor up where I found another string of colored-cube puzzle rooms. This time things were a little more complicated as the game started introducing new colors and gates.

I breathed a heavy sigh as I suspected what was on the docket for the rest of the game — five minutes of intriguing story for every fifteen or thirty minutes of obtuse puzzles. I thought I could stick with it because I only had to solve a handful at first, but as the number of puzzles required grew and grew, I turned it off.

I have no doubt The Spectrum Retreat is a clever, well-made, brain-bending puzzler that fans of the material will love. For me, I wanted more of the mysterious narrative without having to take time out for colored cubes. I suspect there’s an experience I’d love buried deep in The Spectrum Retreat, but I lack the patience and mental fortitude to get through who knows how many puzzles for a few slivers of story — at this point in my life I know when to say when, and that’s exactly what I did here.

“I have no doubt The Spectrum Retreat is a clever, well-made, brain-bending puzzler that fans of the material will love” Allow me to seed some doubts. I’m a fan of these chamber puzzle games (aka portal-likes) and found this game mostly boring and annoying. Puzzles are more tedious than clever. Few of them have an “aha” moment when you realise the solution and even in those, usually performing the solution is still tedious and long-winded. Moreover, there’s often a very real possibility of getting into a state in which the puzzle cannot be solved and you need to restart. This,… Read more »