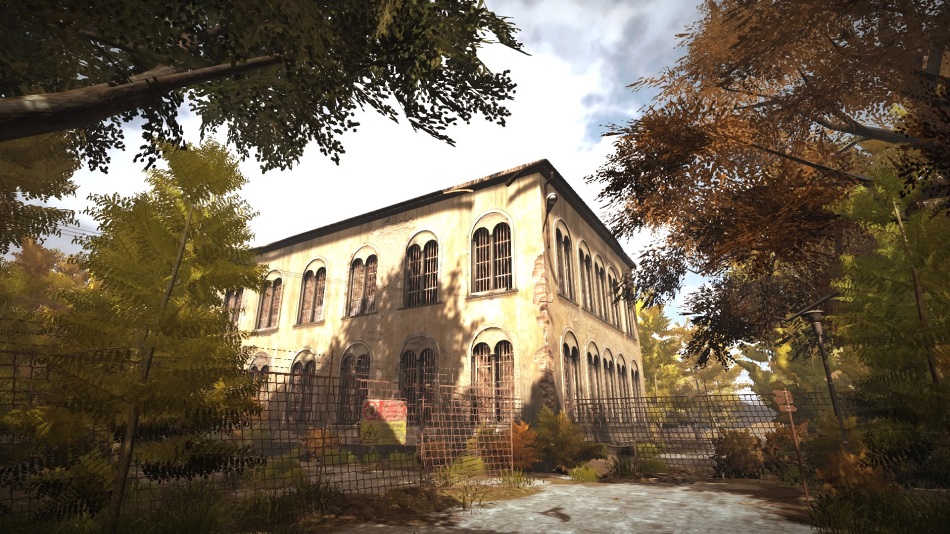 LOW It feels like a VR tech demo with no console VR support.

Every once in a while I play a game that feels so inconsequential and uninspired that I wonder how it was greenlit in the first place — how could years of development and untold hours of work go into producing something that ultimately leaves me scratching my head? Unfortunately, LKA.it’s debut game The Town of Light is one of these.

I think The Town of Light‘s story follows Renée, a woman who was once held against her will in an insane asylum. Apparently she’s returning to its ruins to put together the pieces of what happened there decades ago? However, I can’t be certain because because despite finishing the game and taking extra time to read through post-game diary entries, I’m still not entirely sure that’s what it was about or how its pieces fit together.

From what I can tell, Renée was admitted to the asylum in the 1930s and remained there with dozens of other female patients for several years under an oppressive staff. Because of the lack of effective treatment, her mental instability was pushed over the edge by this torturous stay.

This might sound like a stereotypical setup, but The Town of Light is inspired by the true events of Ospedale Psichiatrico di Volterra — a Tuscan insane asylum that was shut down in 1978 due to cruel practices. LKA.it has created a fictional story (though probably not far from fact) based on the hospital’s past in a first-person narrative billed as psychological adventure.

In LKA.it’s efforts to tell a story about this historic asylum, it’s obvious they went to great lengths modeling Volterra as accurately as possible. After finishing, I looked up articles to flesh out my knowledge about the disturbing facility, and the in-game version looks incredibly similar to real-life photographs. Old beds molder, wheelchairs and tables still lie around the hospital grounds, and debris and splitting paint line the once-sterile halls. This truth is reflected well in the atmosphere.

This might sound intriguing so far, but my issue with The Town of Light is that it doesn’t seem to have any inspiration other than “Let’s recreate these hospital ruins as accurately as possible”. 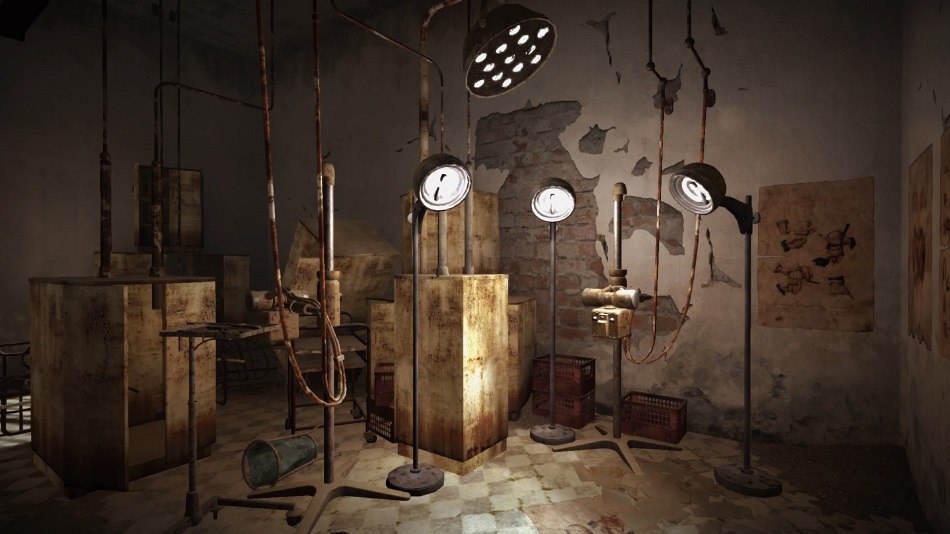 For Europeans (or others) familiar with this infamous hospital or aware of its heritage, this electronic replica and the narrative sewn into it might be intriguing enough to prove successful. However, for an American who didn’t know anything about the hospital before starting, I found this short narrative exercise to be boring and creepy — but not creepy in the ways it was meant to be.

For example, a handful of segments reflect Renée’s longing to find a companion on the asylum grounds, and that opened the door for awkward cutscenes of naked women in a shower together touching each other intimately. Some other sections feature rooms of naked women moping around while appearing to be insane, and — again — touching each other intimately. Meanwhile, other scenes show sexual assault between staff and patients.

Yes, it’s possible that these exact scenarios were taken from real accounts of life in the hospital, but it has the strong odor of male gaze permeating everything. It’s comparable to how Hollywood often rolls out the trope of an empowered woman being sexually assaulted in some way before overcoming adversity. If it’s possible to explore this subject matter tastefully in videogames, The Town of Light sure isn’t pulling it off. Of course, these scenes were meant to inspire discomfort, but that they explicitly exist in the first place made me feel bad for how LKA.it chose to ‘honor’ the memory of this asylum’s patients.

These scenarios aside, The Town of Light doesn’t have much going for it. Basically all I did was walk Renée around the asylum grounds and solve one dull puzzle after another. One opening objective has Renée finding an old stuffed animal she used to own, putting it in a wheelchair and rolling it in front of some surgical lamps to keep it warm. Although this puzzle seems straightforward, I had a hard time understanding why the bear needed to be wheeled around instead of carried. This disconnect might reflect Renée’s mental deterioration during her time in Volterra, but it didn’t seem like a strong way to capitalize on it.

A later segment fares slightly better when it has Renée trapped in a maze of hallways until she finds a certain amount of drawings scribbled on the walls. Unfortunately, this kind of puzzle has been done a thousand times before in other games. Meanwhile, No enemies or dangers exist anywhere, which subtracts a sense of danger or urgency and puts all the weight on the environment and story. 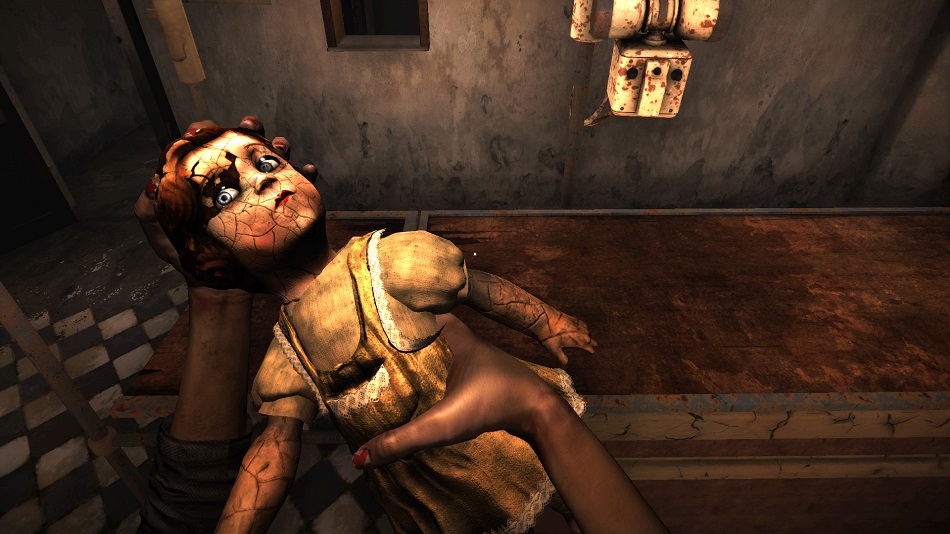 When players find certain text logs, different dialogue responses can be chosen to coincide with certain entries, but it’s hard to tell what response will trigger which path. A little insignia flashes on the screen after each response, but the game never explains what each insignia stands for or how it’ll affect the story. Also, sometimes I’d have to read text logs and other times, Renée would read the logs out loud, which I found inconsistent.

While these story branches might suggest some depth despite not being flagged well enough, from what I can tell the final chapter remains the exact same no matter what Renée chooses. It’s possible LKA.it wanted me to feel as confused and futile as Renée felt during her stay in Volterra, but I feel chalking my unsatisfying experience up to something intentional would be giving them too much credit. To me, it just feels unpolished and confusing, and the lack of any sense of urgency doesn’t do the pacing any favors either.

Although Oculus VR support for the PC version was added months after its February 2016 PC release, I can find no information on VR support for consoles. Perhaps it’ll receive a PSVR patch in the future? Seeing the environments in virtual reality might help The Town of Light go from feeling like a VR tech demo without VR support to an actual VR tech demo, which is about as good as it can hope to get.

I hate to be so harsh on a game with ties to incredibly traumatic real-world events, but The Town of Light feels like something that was produced as some sort of virtual reality tour and was later cobbled into being a videogame by adding an undercooked story. As it stands, this experience isn’t cementing nor commemorating a dark chapter in Italy’s history as elegantly, interestingly nor effectively as it seems to think it is. And the narrative, with its overabundance of awkward sexual scenes, lack of meaningful suspense and story that left me confused does nothing to validate the painstaking care that must have gone into recreating the asylum.

For those interested in the history of Volterra, save some time and money and look up articles online instead. Those will provide better information and more context, and the only head scratching that’ll occur will be about how this asylum stayed open for so long in the first place — not how it got the greenlight as a videogame. Rating: 4 out of 10

Disclosures: This game is developed LKA.it and published by Wired Productions. It is currently available on Playstation 4 and Xbox One. The PC version launched in February 2016. This copy of the game was obtained via publisher code and reviewed on the PS4. Approximately 3 hours of play were devoted to the single-player mode, and the game was completed once. There are no multiplayer modes.

Parents: According to the ESRB, this game is rated Mature and contains blood, intense violence, language, nudity, and strong sexual content. This game is only suitable for mature adults. Scenes alluding to sexual assault are present, scenes of naked women (both in-game and in stylized cutscenes) groping each other exist, and a pretty gruesome depiction of a woman receiving a lobotomy rounds it out. This is serious stuff and not displayed in any kind of cartoony way to gloss over its impact.

Deaf & Hard of Hearing Gamers: The Town of Light contains optional subtitles for all dialogue. The game is slow-paced with most dialogue being monologues given by the character as she walks. Nothing intense or action-packed happens, so no visual guides are necessary for actions. This game is fully accessible.

Remappable Controls: This game’s controls are not remappable. The Y axis can be standard or inverted, and a reticle in the center can be toggled on or off.

Colorblind Modes: There are no colorblind modes available in the options. Most of the game is in earth-tone colors with no intense pop-ups or icons flooding the screen.

I actually really loved the game. The narrative itself and the efforts of the hospital to hide its own failings are part of the intriguing puzzle. I think that to tell Renée’s story the scenes you were uncomfortable with are actually a rather critical part. Sexism and shame about sexuality are a big part of what made psychiatric hospitals for women so horrifying back in the early 1900s. If you want a synopsis on how the psychology, memories, and storyline all fit together this is a really good article that explains pretty thouroghly: http://www.firstpersonscholar.com/what-we-do-in-the-darkness/ It’s historical roots are also applicable… Read more »