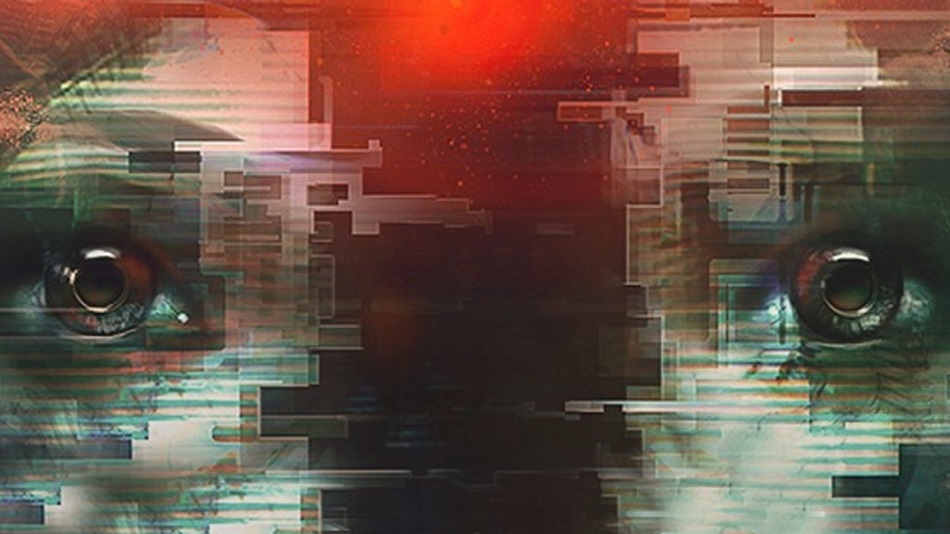 WTF I’ll never get used to using the right trigger to interact with objects.

When SOMA originally launched for PC and Playstation 4 in 2015, it was met with critical acclaim. After the success of their previous work, Amnesia: The Dark Descent, Frictional Games found a way to push themselves into new realms of storytelling while keeping the gameplay similar to what they were known for — first-person horror that completely lacked combat.

Amnesia featured a protagonist roaming the dark, musty halls of a Lovecraftian mansion in the 1800s. If enemies approached, players were encouraged to run and hide rather than confront. SOMA follows suit, but instead of mansions and caverns, players are transported to a futuristic underwater research facility.

Because this is a horror game and because the facility is underwater, of course the researchers there were studying something they probably shouldn’t have. This translates to sinister monsters roaming the halls — some organic, some synthetic, and some a terrifying mix of both.

Although creature encounters were par for Frictional’s course at the time, SOMA received mixed reception at launch. Some reviewers thought it felt like two different genres (walking sim and horror) mashed together with questionable results, and that the game might be better served by cutting out the monsters altogether.  It turns out Frictional Games was listening. 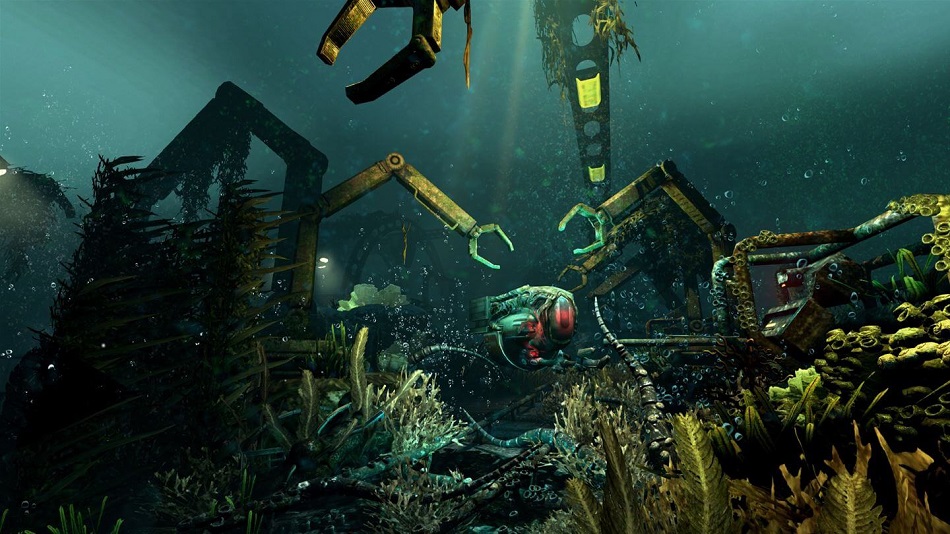 Three years after its original launch, SOMA is now available with Safe Mode. This alternative campaign keeps enemies present, but makes them mostly harmless to players. So, for those (like me!) who didn’t mind sneaking around these grotesque monsters in the original version, the obvious question is — is it still scary on Safe Mode?

I can emphatically say “yes” to that question.

Part of the reason SOMA remains disturbing, even without having to worry about hiding and sneaking around predatory enemies, is the story. I don’t dare spoil it, but the plot grapples with existential themes about humanity’s worth, artificial intelligence, global extinction and what it means to be a living being. Although these topics are present in dozens of other science fiction stories in games, movies, TV and books, SOMA presents them in a way that feels fresh, grim and depressing.

SOMA‘s Safe Mode also scared me in a way I wasn’t expecting — by letting me get up close and personal with its creatures.

Because the original discourages players from even looking at enemies, I used Safe Mode to step out of my comfort zone and inspect their grotesque physiology. Although they rarely reacted to me — as Safe Mode promises — get too close to and certain monsters might give an aggressive shove. That situation led to more than one moment of surprised shock from me without having to face a Game Over screen. Not a bad trade-off. 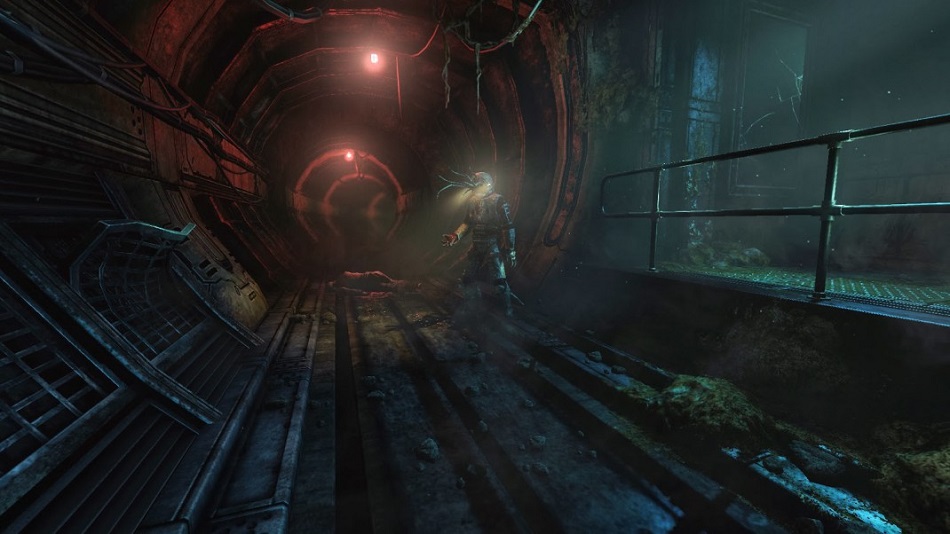 Despite my enjoyment of SOMA in Safe Mode, I do have some minor complaints. One stems from the few chase sequences. Although infrequent, ‘running for my life’ while being able to take my time felt kind of silly. On the flip side, I’d rather be running scared and actually be safe than die repeatedly while trying to escape. SOMA’s controls aren’t tuned for action, so when moments such as these pop, it’s not hard to feel clumsy.

The other factor I missed from vanilla SOMA was actually getting knocked out by monsters. This sounds weird, I know, but when enemies would successfully make contact with my character, they’d shove him down and he’d pass out. Do this too many times and he’ll die, but a fascinating byproduct of being knocked out is that my vision would blur and distort until I found a way to heal — a great contrast to FPS characters who function at 100% until the moment of death. Seeing through the protagonist’s injured, blurry eyes was as refreshing as it was alarming, but this is removed from Safe Mode. Additionally, heal stations reinforced some interesting plot points, so removing the need to patch myself up causes some lost minor details.

For players intrigued by SOMA but hesitant to jump in due to the sneaking and hiding, there’s never been a better time to try it. While much of the challenge from the original mode is gone, the story, sound design and slow-burn exploration are more far more meaningful than its handful of monsters. SOMA hosts one of the best stories I’ve experienced in a videogame, and now the lowered barrier for entry will allow more people to experience it — if that’s not the mark of a successful addition, then I don’t know what is. Rating: 9 out of 10

Disclosures: This game is developed and published by Frictional Games. It is currently available on PS4, Xbox One and PC. This copy of the game was obtained via publisher and reviewed on the Xbox One. Approximately 8 hours of play were devoted to the single-player mode, and The game was completed once. There are no multiplayer modes. Safe Mode is also available on PC and PS4 via a patch.

Parents: According to the ESRB, this game is rated Mature and contains Blood, Nudity, Strong Language and Violence. SOMA is a horror game, so its visuals and themes are for mature audiences. There are a lot of disturbing sequences here and story themes that take some life experience to comprehend.

Deaf & Hard of Hearing Gamers: SOMA contains both subtitles and closed captions. Because monsters tend to groan and and shriek from off-screen to clue players in on their locations, I think SOMA would be more difficult and less enjoyable for players with hearing issues. Visual cues exist and flash to distort the screen to let players know a monster is in the area, but no visual cues exist to show where monsters are specifically.

Remappable Controls: No, this game’s controls are not remappable. The Y-axis can be standard or inverted.

Colorblind Modes: There are no colorblind modes available in the options. Much of SOMA is dark, and some areas take place underwater so the screen is a bit cloudy and murky to reflect that. One area requires players to follow either red or turquoise lanterns to progress in the correct direction.