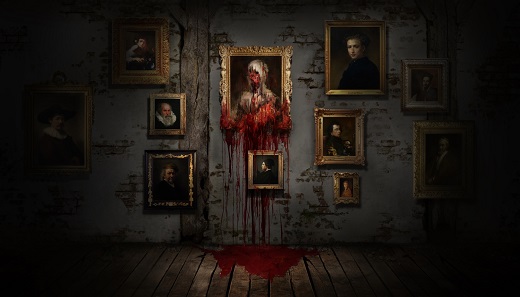 WTF Connecting some far-apart dots is necessary for story fulfillment

Other developers can pack it up and go home—Layers of Fear is the closest thing to P.T. that we're ever going to get. The canceled horror short by Hideo Kojima and Guillermo Del Toro wowed players with dark promise before it was yanked out of circulation, but Bloober Team has successfully picked up that torch and run with it.

Layers of Fear invites players into a 19th century Victorian mansion to wield the paintbrush of a famous (yet unnamed) artist as he spirals through insanity. During the course of the game, players discover bits and pieces of his background, his rise in the art world, and the reasons for his mental instability.

A non-combat game presented entirely in first-person with chilling attention to detail in environmental design, Layers of Fear kept me constantly on edge. It does have plenty of cheap (yet effective) jump scares, but it balances those easy jabs with deeper, more suspenseful moments. I've always thought a great horror title is one that makes me tiptoe through its world for fear of what might be coming next, and Layers of Fear nails that tightly-wound tension for nearly the entire game.

Bloober Team's ultimate weapon is abstraction. Due to the protagonist's impending insanity, the rules of realism are thrown out the window. In one instance, I walked down a hall and opened a door to discover a brick wall on the other side. I turned around, and was shocked to see that the hallway I had just traveled was completely different. In another room, I became puzzled after fruitlessly canvassing for clues. Just as I was stumped, I peered up to discover there was no ceiling—the roof had been replaced by a multi-story oblivion I needed to climb.

Twists such as these are constantly happening, which means the pause menu is the only comfortable area in the entire game. I found myself occasionally rushing through rooms in hope that the next door would let me catch my breath, but safety isn't a luxury to be found here.

While it's wonderfully frightening overall, there are some slight missteps that tarnish Layers of Fear.

Some moments require the player to be looking in a specific direction when something scary happens. Several times, I'd hear an audio cue that let me know something had triggered, but I'd be watching in another direction and miss it completely.

While speaking of the audio, I played it with headphones (as the game suggests) but was disappointed to find some sections choppy. Certain music or sound effects didn't blend well depending on my distance from them, and I found footstep noises on stairs to be particularly odd. Some footfalls would be unusually loud and make me think something was happening, but then I just chalked it up to the audio being off.

Starting this review by comparing Layers of Fear to P.T. is unfair, because even if P.T. had never existed, Bloober Team's work would still be stellar. However, those intrigued by that now-deceased project's approach would do well to step into the shoes of this miserable artist for a few hours…  They should empty their bladders before turning their consoles on, though. Rating: 8.5 out of 10


Disclosures: This game was obtained via publisher and reviewed on the PS4. 3.5 hours were spent on the campaign, and it was completed once. No multiplayer modes exist.

Parents: Layers of Fear is rated M for Mature by the ESRB for violence, blood, alcohol references and strong language. This game is not suitable for young children or anyone with a health risk that correlates with fear. It's also not suitable for anyone with epilepsy or someone who has had seizures related to epilepsy. Flashing lights, sharp camera cuts, jump scares and disturbing, sometimes violent, imagery, among other tactics, are all used to induce fear.

Deaf & Hard of Hearing: Subtitles can be enabled. Sound cues happen several times over the course of the game to imply intended direction or make the player aware of changes in the immediate area, so hearing impaired players may struggle. Sound is also used as a scare tactic several times in the campaign, so those cues might be missed.

Controls: Control buttons can't be remapped. X and Y axes can be set to standard or inverted. Stick acceleration and sensitivity can be adjusted.