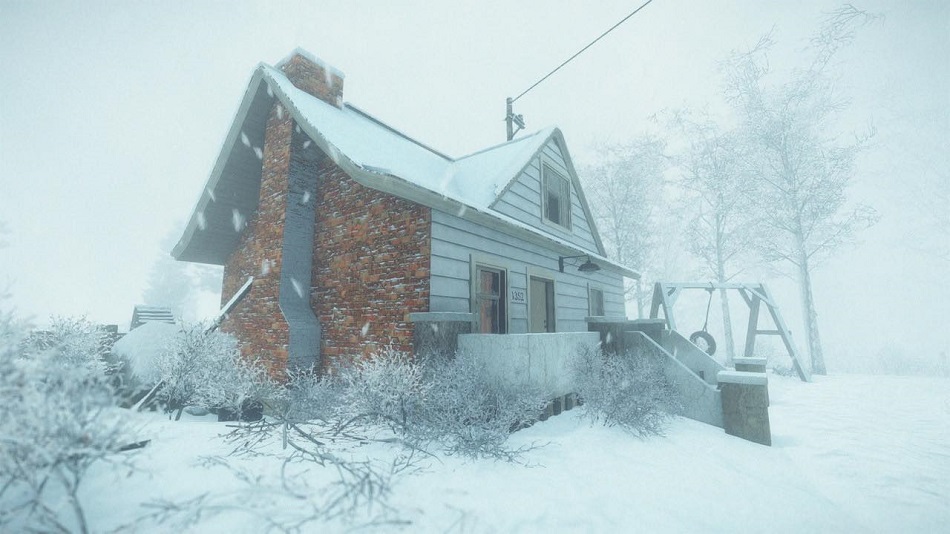 Some movies feature a well-worn scene where a nosy character uses a friend’s bathroom and looks through the medicine cabinet while they’re in there, representing both curiosity and the illicit thrill of exploring someone’s confidential space. Parabole’s Kickstarter-funded Kona seems tailor-made to let players explore that same territory in a more interactive format — just replace the medicine cabinet with a Northern Canadian settlement, and substitute pills and condoms with scattered evidence of murder and a town-wide conspiracy.

Carl Faubert fills the role of nosy friend here, but in Kona he’s a private detective hired by divisive tycoon William Hamilton. Faubert makes the long drive to the snowy, remote area to investigate vandalism on Hamilton’s properties, but what seems like a cut-and-dried job turns disastrous when Faubert collides with another vehicle on the icy roads leading into town. Kona then sets players loose to explore this unfamiliar territory, and they’ll soon realize crimes much worse than vandalism are afoot.

The way Kona mixes first-person exploration, inventory management-based survival, narrative-heavy discovery, puzzles and light combat into one package might seem too ambitious, but it pulls almost everything off impressively. This success comes from making exploration the meat of the experience while clearly leaving every other component of play as side dishes. Kona‘s personality and tone flourish by focusing mostly on one thing instead of attempting to balance several competing aspects equally.

This focus has players exploring Faubert’s inexplicably deserted destination by foot or vehicle in non-linear fashion. He’s got to uncover where everyone went by leveraging what I’m now calling the “Looking Through People’s Stuff” genre. Unlike some first-person exploration games that become tedious exercises in standing around and listening to audio logs, Kona features more adventure game elements to give it extra meat. Instead of listening to audio logs, Kona often has Faubert exploring interactive flashbacks from villagers to help solve some of the town’s mysteries. Each document and flashback peels away another layer of the town’s oppressive mystery, and is far more interesting than standing in one place while NPC strangers drone on.

The adventure-esque side dish mechanics work well because they’re used sparingly, and are rarely difficult or frustrating. For example, inventory management exists for survival situations, but Faubert can hold a lot of supplies, and whatever he can’t carry can be stored in the back of his truck for later use. Most of the time he needs firewood and matches, but I never came close to running out. Other tools, such as screws, hardware and first-aid kits are abundant as long as players keep their eyes open for them. 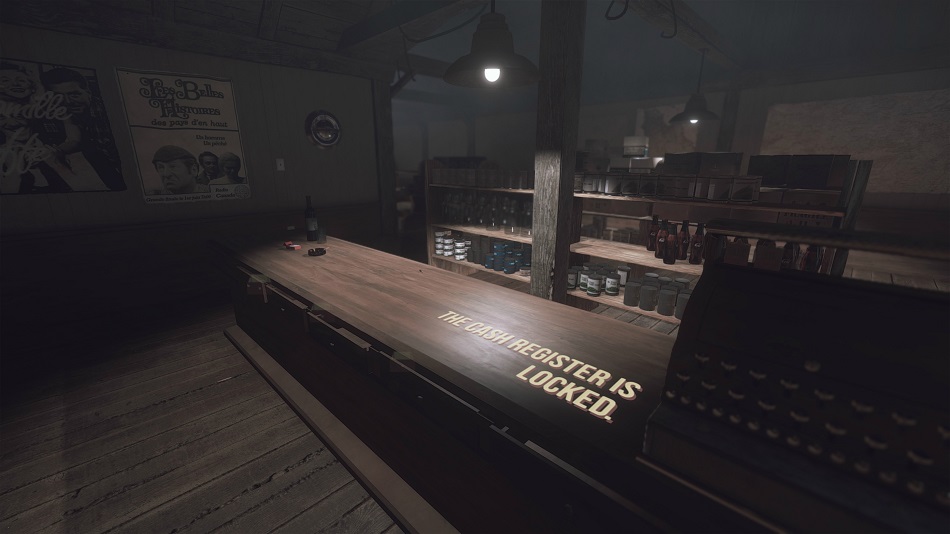 Showing similar judicious application, brief instances of both melee and ranged combat pop up, but are infrequent and never taxing — good qualities since the combat isn’t exactly finely-tuned. Similarly, only a few puzzles show up, and most can be completed by hunting down nearby objects for assembly.

I admire Kona for not trying to act like a standard first-person action game, or like a tough-as-nails survival quest. These elements add variety to Faubert’s efforts towards unfolding the mystery, but they wisely never become the central challenge. In this way, Kona resembles Campo Santo’s Firewatch, swapping in a snowy, deserted town for the latter’s sunny, forested mountain.

However, as much as I enjoyed Kona’s slow-burn mystery, it has some issues. Primarily, I found that its story threads wrapped up in a rushed and unsatisfying way. This ending doesn’t detract from the uneasy joy I felt rummaging through people’s houses in my search for clues, but the game’s last leg is the worst for reasons I can’t divulge in order to avoid spoilers.

Also, I got frustratingly stuck at one point and spent too much time driving back and forth across town on the hunt for a specific bottle of wine to solve a puzzle before giving up and checking an FAQ. Let me save you the headache — it’s on the top shelf of the general store behind the register. This fetch-quest halted my progress and was only made more irritating by the fact that I found a rack full of wine bottles in a different building, but apparently none of those worked for the specific puzzle at hand?

These complaints are small bits of tarnish on an otherwise intriguing exploration mystery. Kona certainly doesn’t rewrite the book on them, but it fills that nosy friend niche nicely. Looking through every cupboard in strangers’ houses scratched a strange itch I didn’t know I had… But wait, does that make me the creepy friend now? Rating: 8.5 out of 10

Disclosures: This game is developed by Parabole and published by Ravenscourt. It is currently available on Playstation 4, Xbox One and PC. This copy of the game was obtained via publisher and reviewed on the PS4. Approximately 6.5 hours of play were devoted to the single-player mode, and the game was completed once. There are no multiplayer modes.

Parents: According to the ESRB, this game is rated Teen and contains blood, use of alcohol and tobacco and violence. Kona contains all of those, but sparingly. Players can smoke cigarettes or drink beer to restore health and vitality, but it’s optional. A couple instances of blood come up and combat with hand-to-hand weapons and guns is here, but rarely used. Nothing about the violence in Kona is over the top in any way.

Deaf & Hard of Hearing Gamers: Kona contains subtitles for all dialogue and the names of the area players explore flashes across the screen upon entry for added help in exploration. Much of Kona is player-paced slow-burn exploration, which lends itself well to not relying on audio cues.

Remappable Controls: This game’s controls are not remappable. Turn and pitch sensitivity can be adjusted on a scale and Y-axis inversion is available.

Colorblind Modes: There are no colorblind modes available in the options. Because Kona takes place mostly during a blizzard, much of the screen is white with snow for the majority of the game. Some sequences feature players having supernatural visions where the screen is much darker and clues are highlighted in bright red against the darkness.