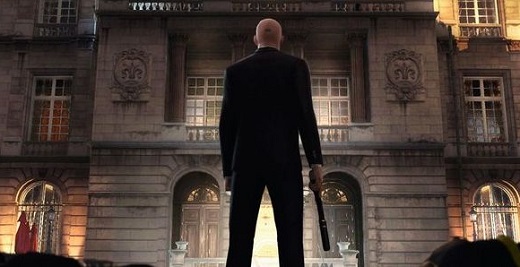 HIGH It's only as hand-holding as players want it to be.

When Absolution launched in 2012, it was the most mechanically solid and best-looking Hitman game to date, but it featured an atrocious story and several linear levels that went against the open-ended gameplay the series was known for. Since then, players have been asking IO Interactive to bring things back to their roots, and now they have.

The new Hitman is out, and the developers have returned to the classic formula featuring large, complex sandbox levels with absurd amounts of replay value. However, players might forget that when it comes to old school Hitman, there was always some bad mixed in with the good, and those things are still here, even after ten years.

Absolution notwithstanding, the Hitman series has typically been a puzzle game wearing a long dark coat and disguising itself as a third-person shooter. At its best, series protagonist Agent 47 will drop into an intricate level full of lethal possibilities and the player is set loose to figure out how to get the job done. Impatient players (or those who can't figure out the quiet way to do things) can go guns blazing and murder everyone. However, the most satisfying approach is when 47 gets in, kills the mark, and gets out with no one the wiser. It might even be possible to play through most Hitman games without firing a single bullet.

Hiding in plain sight is also a staple for the series. Need access to the secure area one floor up? Knock out a guard and steal his clothes. Gotta get access to the boiler? Kill the repairman, put on his badge and walk right in. (Luckily for Agent 47, every man in every level wears exactly the right size of clothing.) Disguises also allow 47 to blend into crowds and buy him the time to plan a perfect execution. It's thrilling to be in plain sight of the target without them knowing until it's too late.

While it can be said that this new entry is an overall return to form, one of the biggest changes is that Hitman is now episodic. Square Enix has promised new installments, each featuring a new mission in a different country about once a month for the next six months. In early 2017, a disc version will launch that contains the full package.

Episode 1 contains two tutorial missions (the same ones from the recent Beta) and the first real story mission, which takes place in a palace in Paris. The mission, titled Showstopper, requires Agent 47 to eliminate two fashion designers who sell government secrets to the highest bidder.

Showstopper is a near-perfect example of the sort of Hitman level that longtime fans will feel right at home in. Paris features four floors with basement kitchens, security rooms, a full runway with a fashion show, a backstage area for the models and stylists, a large nightclub-esque bar, outdoor garden, a top floor auction and more. When I first entered, I spent about 45 minutes just walking around each area trying to figure out what was what and who was who before I even thought about how to plan the hits. The level is massive.

On my initial outing, I stopped in the fashion show area. As the models started strutting on the runway, I cynically assumed that they would cycle forever. To my surprise (and it does take a while) the fashion line head and art director take the stage and speak about the clothing as the models slink backstage. It's a great example of the complexity in each area, and such details open doors for 47 to pull off his assassinations. However, the dynamic levels are a double-edged sword—each area in Paris feels alive thanks to the crowds and the atmosphere, but the fact that the characters don't follow rigid behavior patterns is occasionally problematic.

In one instance I disguised 47 as a bartender and waited for someone to arrive at the bar. Due to the mark's ‘realistic' movement patterns, I stood at the bar for several minutes before he cycled back over, but his moves were never predictable—he spent a lot of time on the back patio while I waited, frustrated, in the key place. On another attempt I wanted to snipe him on the back patio, and of course, that time he never walked there.

In light of this unpredictability, a fast-forward mechanic would be a nice addition because it would decrease the amount of time players sit around waiting for the targets to mosey into the traps 47 has carefully set. At the very least, a rewind seems in order for when things go bizarrely awry, like the eagle-eyed guard who impossibly sees 47 knock someone out from all the way across the map.

Aside from the classic gameplay, Hitman features some of the successful new ideas from Absolution, such as designated challenges for each mission. Some are different ways to assassinate targets, some are exfiltration methods, some are based around secondary NPC kills, and there are many more, with the Paris mission alone featuring 77 challenges.

Each completed challenge unlocks XP for the level, which then translates to several kinds of rewards for future playthroughs. Some are new weapons and gadgets for loadouts. Others open a stash to have player-picked gear waiting for Agent 47 on-site. My favorite rewards allow 47 to start the level in different areas with the appropriate disguises already equipped. It's a neat way to speed up a level, especially after it's been played several times.

There's also a new system called Opportunities. Whenever 47 stumbles upon a clue on how to get closer to a mark, a blip appears at the top of the screen. In one instance I overheard two bartenders discussing how a target liked a cocktail they didn't know how to make. When I accessed the Opportunity blip via touchpad, a waypoint showed the location of the cocktail recipe in the basement. This system is a smart way to guide new players through missions if they're overwhelmed by their sheer scope, and I love that players can adjust how much information it shows, or turn it off completely.

Another boon for players is that manual saves are back in addition to autosaving. Unfortunately, the game wants players to believe they can manually save anywhere, but it's occasionally disabled because Hitman requires a persistent online connection. Don't ask me why a single player game needs persistent internet, because I really don't know. (Oh, and hope the connection doesn't drop mid-mission… the game might crash back to the start screen if it does.)

Speaking of saving, loading screens will be seen often because 47's longtime friend Trial And Error Gameplay is back. I would have to save and reload five, ten, or even twenty times in a mission attempt because the wonky A.I. and random glitches that the series has historically suffered from still haven't been fixed.

On one occasion, I choked a man in an empty room and no one was alerted, but when I dragged his body to a bin three feet away and dumped it in, my disguise was inexplicably compromised. In another situation I wanted to poison someone's champagne glass, but the game glitched and the glass became permanently stuck to the mark's hand. For a game that requires so much time, patience and strategy (especially if players are aiming to ace the challenges) the A.I. and occasional bugs can ruin even the most carefully-laid plan.

Despite my complaints, this first installment of Hitman shows that IO seems committed to bringing the series back to the sort of rich, complex gameplay it's known for. The bar has been set fairly high in its first episode, and hopefully the developers will keep it up for the next few months. As long they take the time to iron out all the weird bugs and hiccups, I daresay they could have a … hit … on their hands. Rating: 7.5 out of 10

Parents: Hitman is rated Mature by the ESRB for blood, drug reference, intense violence, strong language and suggestive themes. Although long stretches of this game can feature no violence or blood, the game is ultimately about planning and murdering people, so it's best for mature audiences.

Deaf & Hard of Hearing: Subtitles are available and visual cues for enemies detecting you and trespassing warnings are available. The HUD makes Hitman a smooth experience for hard of hearing audiences.

Controls: X and Y axes can be standard or inverted, vibration can be toggled and Aim Assistance is offered. However, no button remapping is available for the controller.