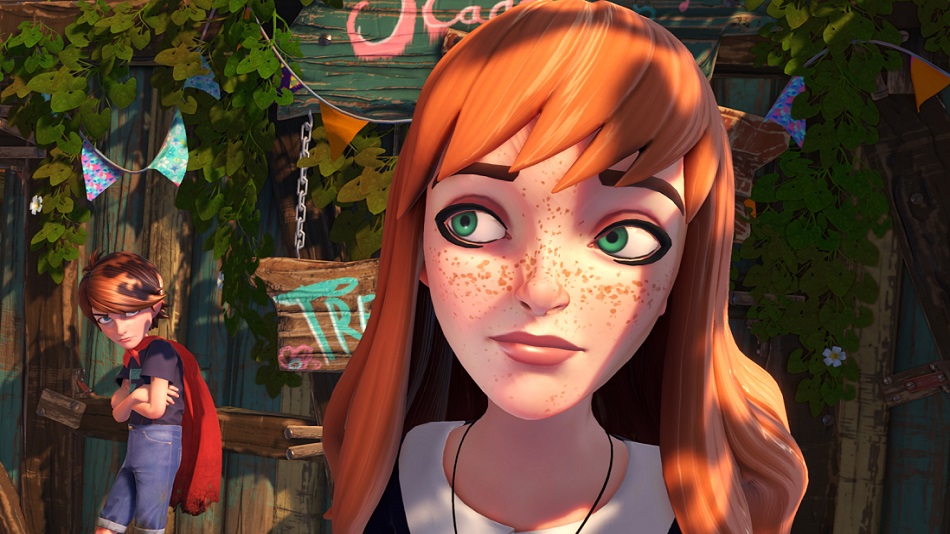 LOW Too many dialogue-matching puzzles.

As someone who plays a lot of first-person narrative adventure games (a.k.a  walking simulators) I expected Blackwood Crossing to adhere to an emotional story grounded in depressing realism. After all, this genre is still in its relative infancy, and is rarely used to explore uplifting tales of happiness. Dear Esther, The Vanishing of Ethan Carter, Ether One and Firewatch, among others, all played a role in setting the foundations, and there must be a rulebook somewhere stating that a walking sim must include depressing storylines. Or do they?

Blackwood Crossing explores the relationship between siblings Scarlett and Finn. Scarlett, the player-controlled character, is roughly 18 and Finn is younger — maybe 12 or so. Much like other narrative adventures, this game explores facets of love, companionship and loss within a family dynamic, but in a layer I wasn’t expecting, Blackwood Crossing comes off more like a fairy tale-esque children’s book than a story grounded in typical genre realism. Visually, the characters are modeled in a cartoony style that looks similar to something out of a kids’ book, and the colorful setpieces aren’t afraid to start in one place and whimsically transform into a different location on short notice, in a dreamlike manner.

Things kick off quickly with Scarlett and Finn riding a public train together. Finn wants to play hide and seek while Scarlett is content to sit in a cabin and ride. When she tries to find him, she ends up stumbling down an incongruous rabbithole not unlike the one found in Alice in Wonderland. A menacing rabbit-masked figure even haunts Scarlett on the train, to boot.

Along with the rabbit, other figures pop up in a series of environments that represent Scarlett and Finn’s parents, grandparents and other important people from their childhood. These figures bring about the most common puzzle element in Blackwood Crossing — dialogue-matching events.

In these situations, Scarlett must move to each character (while they remain still) and click on them. Each one produces a single line of dialogue which corresponds to another figure’s dialogue. Then, each line must be activated after their corresponding partner. Once each pair is correctly matched, the puzzle concludes. 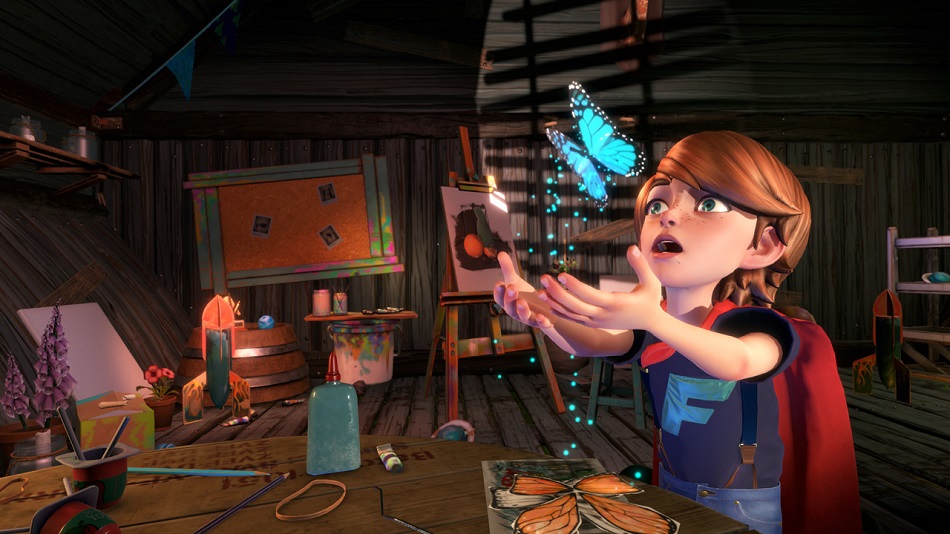 At first, the dialogue events were interesting, but their novelty wore out quickly as they grew in scope. These instances wouldn’t be bad if they were a little less frequent, and the worst one was when a late-game version has the characters spread out in a courtyard. Placing the people in a single train car is one thing, but spreading them in a large courtyard felt tedious, especially with Scarlett’s less-than-brisk movement speed.

Another puzzle that involved extinguishing a fire also gave me a lot of trouble, and took about three times as long as it should’ve due to me not realizing its simple solution. Although most of the blame is on me for that one, my progress was slowed enough for me to go from somewhat interested in the game to being actively frustrated about it.

Although I might sound like I’m bagging on Blackwood Crossing, it’s not bad — it’s just painfully average. While I’ve played (and enjoyed) a healthy amount of walking simulators, I found this one constantly rode the line between mediocre and good. Narrative games are called that for a reason, seeing as the experience hinges on them. In this case the fairytale feel wasn’t enough to supplement the story and, in fact, only muddied things for me. Like other walking sims before it, Blackwood Crossing does indeed flirt with mature themes, but the cartoony veneer left me wondering for whom the game is aimed.

Due to its E rating, this could have been an opportunity to ease kids into a mature story with visuals to help them understand, but the puzzle structure and sheer depth of the themes seem too advanced and mature for kids. Conversely, the visuals seem too youth-oriented to appeal to adults. Or maybe I’m just too much of a curmudgeon to appreciate it?

The story didn’t leave much of an impression on me either. It has moments of beauty and happiness along with quieter, sad instances, but I didn’t feel like it pushed far enough either way to make a solid impression. It ultimately feels like an average episode of a young adult’s Saturday morning cartoon packaged in videogame form. Perhaps if Paperseven had committed to either the younger or older slant and pushed the themes harder in either direction, perhaps I would’ve found it more successful. However, the end result just felt too confused.

With what seems like a new narrative adventure popping up every week, Blackwood Crossing is stuck in the middle — it’s not great enough to recommend, but not bad enough to write off. It’s just an average title with a few moments of beauty peering over the edges of its mediocrity. Rating: 6.5 out of 10

Disclosures: This game is developed by Paperseven and published by Vision Games Publishing. It is currently available on Playstation 4, Xbox One and PC. This copy of the game was obtained via publisher and reviewed on the PS4. Approximately 3.5 hours of play were devoted to the single-player mode, and the game was completed once. There are no multiplayer modes.

Parents: According to the ESRB, this game is rated Everyone and contains mild language. Blackwood Crossing might seem like a whimsical children’s game due to its art style, but it has some mature themes pertaining to love and loss in a family. Children who play it certainly won’t be scarred or emotionally damaged by its themes, but the subject matter gravitates to a more mature audience.

Deaf & Hard of Hearing Gamers: Blackwood Crossing contains subtitles for all dialogue. I don’t recall anything in the game that would lend itself to being difficult for hard of hearing players. No audio cues that don’t contain corresponding dialogue exist.

Colorblind Modes: There are no colorblind modes available in the options. I don’t recall anything in the game that’d be difficult for colorblind players.