LOW Combat gets a little repetitive.

King of Seas is an open-world action RPG centered around naval combat that lets players choose exactly how they want to play. With a solid emphasis on story and exploration, it has a lot to offer to any fan of pirates and ocean travel.

Set in a world where pirates have been all but eradicated, all islands are under the banner of the King, and the player is the offspring of said ruler. After a quick tutorial on sailing and delivering goods, something drastic happens that leaves the player’s character assumed dead. In actuality, they’re rescued by an old pirate captain far from home. In order to survive, the player must become a pirate and unravel a mystery full of betrayal and magic.

The art style while sailing a ship sports an arcade-style top-down look, but in dialogue scenes and menus, the characters are hand-drawn and have a slightly exaggerated quality to them. It’s a good style that works well with the pirate theme.

Naval combat can be pretty intense. The game offers multiple types of boats for the player to unlock that range from more maneuverability to being a powerhouse in combat. Combine this with skill tree unlocks and finding some interesting weapons and magical abilities out in the world, and King of Seas gives players a ton of choices in how they want to captain.

Controlling the ship involves watching the wind speed and direction, lowering or raising sails, and knowing the right time to unleash cannonballs on enemies. It does take some time to learn how to do all of this and to do it well, but after a little while the timing comes naturally and the combat gets more interesting.

King of Seas has an economic system, meaning that some islands might produce a lot of one item, like bananas, so buying these in bulk is ideal so the player can then take them to an island where bananas are scarce and sell them for a profit. It’s a great way to make a quick buck, but it never felt super important in the long run.

While my time on the open ocean was generally enjoyable, King of Seas does have some issues. The menus are kind of obnoxious to run through when trying to find exactly what you’re looking for, and the tutorial on buying and selling items wasn’t explained well. Players are just dumped into a buy/sell menu and basically told to go for it. Also, when sailing in the open seas, there is no camera movement — the viewpoint is fixed on one spot and it’s not very centered. I would love a little bit more camera control there.

King of Seas succeeds in almost everything it set out to do. It’s an enjoyable open-world pirate game with an interesting story and packed with quite a bit of content. Anyone looking for salty adventure and some ship-to-ship action should check it out.

Disclosures: This game is developed by #DClouds and published by Team17. It is currently available on XBO, XBX/S, PS4/5, Switch, and PC. This copy of the game was obtained via publisher and reviewed on the PS5. Approximately 6 hours of play were devoted to the single-player mode, and the game was not completed. There are no multiplayer modes.

Parents: According to the ESRB, this game is rated E10+ and contains Alcohol Reference, Fantasy Violence, and Mild Language. In the game, the player will come across drunk characters. There are no explicit bad words that I saw. Combat involves ship battles and sinking enemy ships.

Deaf & Hard of Hearing Gamers: This game offers subtitles. The subtitles cannot be altered or resized. No audio cues are needed for play. This game is fully accessible. 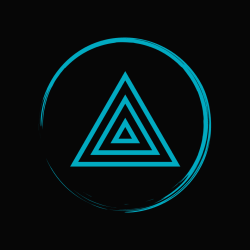