Too Crowded for its Own Good 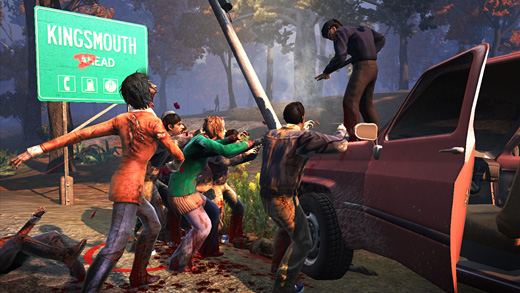 HIGH Spending time with an MMO that feels like it's truly doing something different.

LOW Being voiceless in an otherwise fully-voiced world.

WTF All three factions start off in the same area?!

"And above all, watch with glittering eyes the whole world around you, because the greatest secrets are always hidden in the most unlikely places. Those who don't believe in magic will never find it." — Roald Dahl

Massively-multiplayer online games (MMOs) have had a pretty rough ride of late. Every week, it's as if another developer closes its doors, lays off staff, or simply ends a world that once was. The newest entrant in a genre that seems to be at death's door is Funcom's The Secret World

, and one thing's for sure: they're at least trying something new.

The Secret World takes place in an alternate universe based on our own world. Time and space are the same, except that we're introduced to a place where every conspiracy theory is true, where demons and zombies roam free, and where we suddenly awake with strange powers that will grant us new-found agency in the land around us. Sounds great, right?

Starting off, players have the option to choose one of three factions: The Templars, the Illuminati, and the Dragon. These three boil down to whether you want to be European, American, or Asian respectively. After that, a functional character creation screen allows players to sculpt a face and select an outfit for their avatar.

Since The Secret World takes place in the "real world" and not one of high fantasy, the only available species is human. Within that, all characters have the same body shape and type. I found this to be somewhat limiting, and prevented me from creating a look that I cared much for. All players essentially look the same, so while it makes a commentary on our shared predicament, it doesn't do much for player engagement with their on-screen persona. 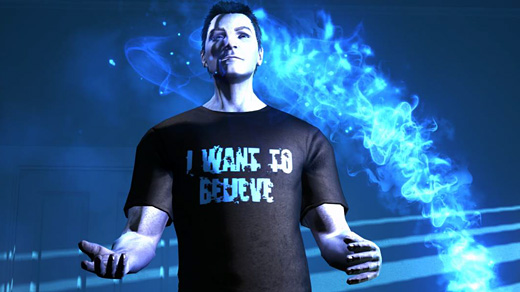 What's even more bizarre about character choices is that beyond the initial introduction sequence, all three factions will result in the same opening quest area: Kingsmouth, a version of New England dragged kicking and screaming through the combined horrors of Stephen King and H. P. Lovecraft. By forcing players to complete the game in a set pattern every time they wish to start over, they miss one of the most significant attractions of the MMO: exploration and a sense of world scale. The opening areas of Seoul, London and New York are too short to feel as if they have any sort of bearing on players after they've been summarily dispatched to Kingsmouth and begin taking on the same quests they've done before. This was a grave mistake on the developer's part.

Once in Kingsmouth, it's very much a case of baptism by fire. We're thrown into the familiar world of people with quest options beside their heads, and left to begin trawling through them, with no real sense of when it will all end. Unlike games such as World of Warcraft, The Secret World feels like its early hours are orders of magnitude more linear, and less intriguing by consequence. The game hints only oh-so-briefly towards its full scope, but offers little incentive to knuckle down and reach it.

Character development does not follow the traditional MMO route. Instead of character classes, each player is free to explore any range of abilities that they like. This decision to blast the skill trees wide open and leave players to decide how they'll shape their experience is commendable, and provides results and a feel that is comparable to Skyrim's skill system.

Players are free to be as focused or as generally "spec'd" as they would like to be. When it comes to deciding whether they're strong enough for certain instances or bosses, power is decided through the Quality Level (QL) of items and equipment. For example, in order to face off against the first major opponent, the game will expect players to have attained items and gear of QL3 or higher. What interesting is that with a rank of discrete character classes, it can be difficult to tell if a character is best suited to be a Healer, Damage Per Second (DPS), Tank, etc until in the heat of battle, fighting alongside others.

Anecdotally, it appears as if a lot of early players gravitated towards a vague DPS setup. From what I could glean in the server chat, the real opportunities for customization do not present themselves until slightly further on in play. Consequently, everyone at the start is more or less playing the same style.

Quests have a few new quirks that I haven't encountered before. Firstly, upon finishing them, there is no need to return to the quest-giver to recoup the reward. Rather, players make use of the "Send A Report" function, which is akin to texting the faction to confirm you've carried out the orders. Once done, the benefits are instantly in the inventory. It's a great way to keep players moving forward. However, the flip side of this is that players can only keep around five quests active at a time. Taking on more quests will pause those currently active, and the only way to reactivate them is to return to the quest-giver who assigned them. These two features are diametrically opposed to each other in terms of user experience, and it's a wonder they survived into the game side by side. 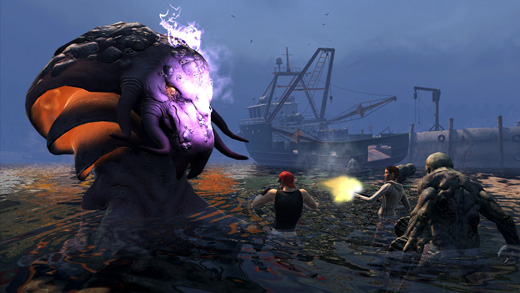 When actually doing the quests, I found them to fascinatingly obtuse at times. While many MMO players will be used to quests that demand them to either kill X of some animal, or to collect Y of some item, The Secret World has tasks which can be surprisingly cerebral affairs. Of course, the fetch and kill quests abound, but more complicated strings will require players to carry out research on characters, to find secret codes, and even to consult real-world texts (such as The Bible) in order to find particular passages that will shed some light on the puzzle at hand.

Moments like this, while completely over my head in terms of difficulty, were amazing to behold. The sorry consequence of the Internet at large, and placing an in-game browser there too, is that as soon as I started looking for quest hints, I usually stumbled onto a Wiki page that solved the whole thing for me. Although even at this point, it's quite the marvel to pursue them to their end, and it's impressive that so much work has been put into the quest design.

However, The Secret World is a never-ending series of ups and downs. Throughout all quests and cut-scenes, the player character maintains complete silence. I cannot for the life of me deduce why this game has been given a fully-voiced cast, but left players with a protagonist devoid of response, be it vocal or textual. There are many interesting characters in this game, but it's possible to never truly feel an interaction with any of them.

Over the period of my 30 days with the game, one thing struck me most of all: this place is getting emptier. On my final day, there were precious fewer players inhabiting The Secret World. I ran into barely a handful of people throughout the entirety of the eight-plus hour session. While it's perhaps a bad omen for the game of this type, I found it liberating to be left in the game world bereft of humanity. Strangely, The Secret World felt as if it came into its own at this point. The other-worldliness was so much more effective when I was caught adrift in its mystery.

Still, now that my time is up, I feel sorely compelled to return. Something has gone wrong with an MMO when it benefits from being stripped of other players. While I credit Funcom for trying something new with The Secret World

, I can't escape the feeling that it would have been better if they'd shipped an excellent single-player role-playing game, and left a potentially dying genre to rest in peace. Rating: 5 out of 10.


Disclosure: This game was obtained via publisher and reviewed on PC. Approximately 20 hours of play were devoted to the game over the life of the 30-day trial. The story mode was not completed.

Parents: According to the ESRB, this game contains blood, partial nudity, sexual content, strong language, use of drugs, violence. Parents: This game has an ESRB rating of M-Mature. Aimed at an adult audience, this content is presented from the outset, and would not be suitable for younger audiences.

Deaf & Hard of Hearing: There were no significant audio cues needed for gameplay; all necessary information is displayed on-screen.