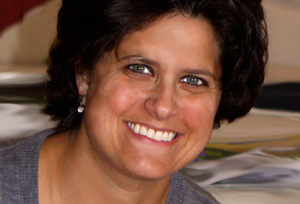 As soon as I saw the Ouya, I knew that for better or worse, I needed to know more.

In the media whirlwind that followed over the next few days, I managed to pitch a few questions to Ouya CEO Julie Uhrman. While I'm excited for the potential of a new system operating on a modern gaming business model, I'm concerned for the device's lifespan. For the Ouya to last, two things have to happen: It needs to build a reliable userbase, and it needs developers to cater to that userbase. Players and developers alike will need incentives encouraging them to choose Ouya over the myriad other gaming options available. Here's what Julie had to say.

The idea of a rootable, hackable piece of gaming hardware is something genuinely exciting. However, what sort of implementations will be in place for developers to prevent their work from being pirated, thus allowing players to play without paying?

We will allow gamers to root our device. ["Rooting" means gaining access to the console's operating system, in order to change software or settings.] It won't void their warranty. Every unit has a debug console. We are even working on the idea of a "plant"—which will restore their profile after rooting the device (reverse your root). Because it's built on Android, they'll understand the source code well, too.

If a hacker roots the device, our integrated user experience and game store will no longer be available while the device is rooted—so there is, as always, a tradeoff between customizing your device and enjoying the benefits of standardization. We expect the true hackers to be an elite, but small proportion of the total number of people who buy the box. Most people will probably just use the standard setup.

The implementation of a safety reset in the event of bricking your console is reassuring. While the console is rooted, though, blocking access to the proprietary user experience and game store might help protect Ouya themselves, but I'm not sure if it's going to stop developers from having their software pirated.

This is an issue that already exists on Android platforms, and is a concern for independent developers. 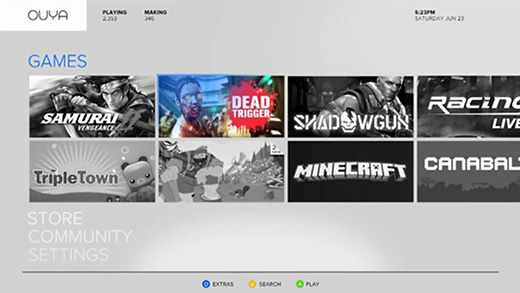 The response from Ichiro Lambe of Dejobaan Games was typical:

"At the moment, we don't actually have any announcements to make beyond, "Hey, it sounds cool." Because it does sound cool, and we haven't yet planned anything. (Yet!)"

Lambe scores points for most mysterious use of "yet". At this point, I cannot confirm anyone who is developing for the system. Yet. I also spoke to Neil Rennison of Tin Man Games to get his perspective on developing for another hackable Android platform:

"[Ouya] sounds like a good idea in theory, but I would need to be convinced it is a viable long-term business option for us. Right now, it's just another thing that may or may not take off. We already develop for hackable platforms, so in my mind there's no difference here. There will always be piracy and you just have to ignore it or go slowly insane."

Neil also mentioned a concern that many have already brought to the table: porting mobile games to the living room:

"Regarding our own Gamebook Adventures, I'm not sure if people would want to read a book on their TV anyway—it would be a little odd I think. I never say never though."

Which led me to the question of that all-important launch base.

How much software do you intend to have available on system launch? What will be the process for those who don't invest in the early dev kits ($699+) to submit their creations at a later date?

We hope to have a larger library of content at launch. The box itself is a dev kit so you won't need expensive SDKs. Every console comes with all the tools you will need to make a game.

This response skirted my questions and failed to provide the answers I was looking for. The question of the console's launch library has already been raised elsewhere, and the most prominent developer touted, Mojang (of Minecraft), have stated that they're not even fully committed yet themselves. I reached out to a number of developers, but was unable to confirm any Ouya projects at time of press. 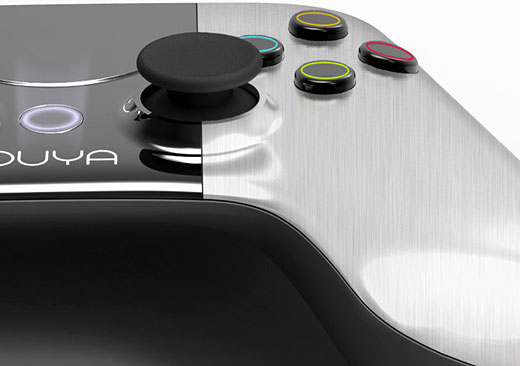 With funding recently surpassing $5 million, the next step has been to consider whether Ouya could improve on the specs of their model, now that they're sitting on funds that exceed by five times the figure they had asked for.

Now that your Kickstarter fundraising has been so wildly successful, are there plans to upgrade the specifications of the Ouya?

It is important that we deliver on our promise to have a powerful, affordable game console. We will provide a great gaming experience at under $100. We believe we can do that today but are of course thankful for all the support and suggestions we are receiving from gamers and developers. If it's wanted and we can deliver on our promise we'll do it.

While her response is still a touch elusive, I can't blame Julie and her team if they're feeling overwhelmed and confused after waking up to a $5m deposit in their bank account. A project like this is practically guaranteed to go over budget. The extra money will buffer this, and may also help speed along some of the processes that others doubt can be achieved in the nine-month timeframe. Ouya's priority to remain below the $100 pricep-oint is understandable, and a goal used by many a hardware developer.

The question of power is an interesting one, particularly since many detractors seem to be confusing Ouya's motives as standing before the likes of Sony and Microsoft. I do not have the impression that Ouya are planning to be better or even comparable to the likes of the PlayStation 3 or the Xbox. Of course, there is no doubt that people will prefer a more powerful console if the prospect of receiving one exists. Her closing phrase is as close a hope of a more powerful console as we could hope at this early stage.

wow, i never thought i’d see another Phantom again. i hope all the people who blindly fed their money into this sinkhole at least get a t-shirt or something.