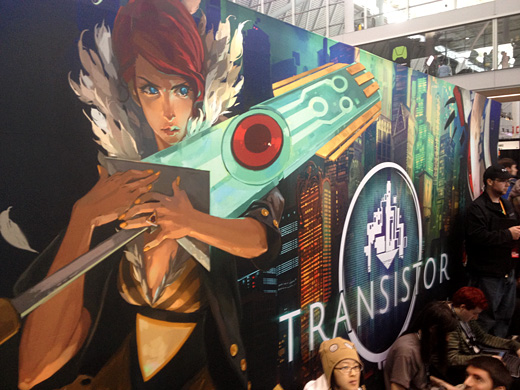 Few booths were as busy at PAX (Penny Arcade Expo) East 2013 as that of Supergiant Games. Over the last two years, the Bastion creators have become indie superstars. Despite the circus, I found a few minutes to speak with Logan Cunningham, the voice of old man Rucks from Bastion, on how it feels to reprise his narrative role trapped inside of the eponymous weapon in Bastion's next venture: Transistor.

Logan has embraced the attention garnered from his starring role. After all, it's rare to see a voice actor working a show booth, but Logan has strong ties to the studio. "It's great. I love it! I don't feel that special or super-famous. I was an actor doing what I could in New York, and I happened to know Amir (Rao, Designer) and Darren (Korb, composer) who were involved with Supergiant early on." He's even humble concerning the gravitas he gave Rucks. "They were making the game on a shoestring budget, they needed an actor at one point and I was the guy they happened to know. That's how it happened, so I kinda feel like I got lucky." 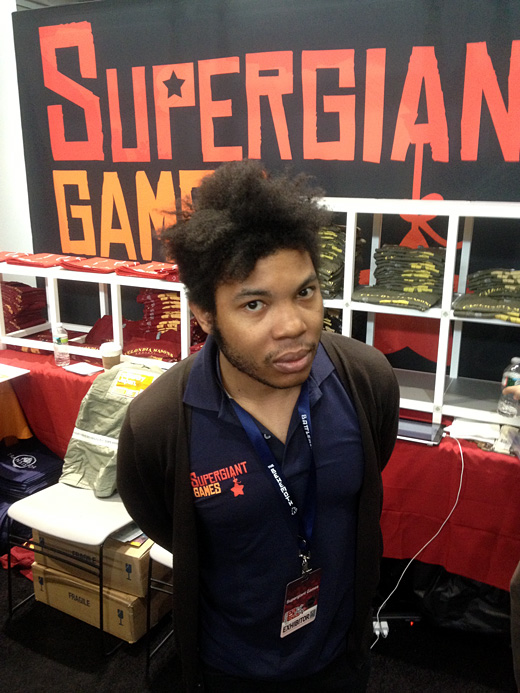 Barely two years later, and Supergiant are announcing their next project: Transistor. It's a science-fiction story that, while new in setting, superficially invites comparison to its older sibling. When I mention this, Logan highlights the value of a cohesive theme.

"This is from the same team that made Bastion—it's the same artist, the same composer, and the same voice actors: myself and Ashley Barrett. She played Zia in Bastion and will be taking the role of Red, the main character in Transistor. So the band's back together, but it's a completely new game.

We're calling it a sci-fi themed action role-playing game (RPG) in which you play a singer, this young woman known only as Red. She is being pursued by evil forces in this futuristic mediterranean-type city called Cloudbank. She gains control of a mysterious weapon called the Transistor, which has within it the essence of the last man who was killed by it."

This stops me. If his character dies at the start, how will he exist in the game? I watch as Logan gets excited to explain.

"See, he's alive in the sword! People have been asking me if I'm narrating again. It's like 'Well, yes and no'. It's not quite the same as Bastion. He's not this omniscient, know-everything overseer, but rather a sidekick character that you have in the game, but where the story will be told via voiceover."

With the line behind me growing each second, I had one more question before I could leave. How does it feel to have become so iconic in such a short space of time?

"Right place, right time. It's very strange, but I'm excited to be back at it."