Square Enix is Out Hunting Monsters 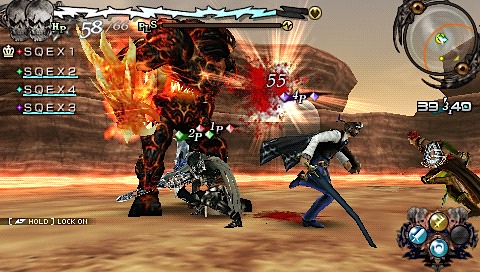 HIGH The Lock-on System, a simple yet essential addition to the genre.

is put into an uncomfortable position by Square Enix. Not only is it a title out to steal Monster Hunter's crown, but its Western release will have to battle with a market which is notoriously unfriendly to the genre. Considering the critical reception of Monster Hunter being inconsistent at best, it must seem worth it considering the huge success it's achieved in Japan and the vital funds it's breathing into Capcom. Square is looking for a piece of that pie. Whilst Monster Hunter has no real competition, Lord of Arcana is a lazy attempt at copying Capcom's formula and finds itself as the upstart with everything to prove.

For those who are unfamiliar with the general idea of this genre it's all about grinding, but Lord of Arcana takes this idea and really runs with it. Even if you've played and mastered Monster Hunter, this game will seem grind heavy… and I really mean it. Whilst Monster Hunter helps mask the grinding with cleaver twists and variation within the gameplay, Lord of Arcana cannot be said to do anything of the sort.

The textures are low-resolution and the models are low-polygon, leaving much of the game feeling unsightly. A lack of variation is most evident with the level design, which feels claustrophobic and slightly abstract at times. Each level is separated into areas which can be traversed on foot or via warp gates, which change from mission to mission. Instead of creating environments which feel real, Lord of Arcana feels like a series of arenas stuck together in a crude way.

The crudeness is also evident when you consider the way in which the hunting/gathering aspects are dealt with. Collecting a Starch Spud isn't a matter of pulling it from the ground, and a cypress staff isn't cut from the plant. Instead the player finds everything within glowing circles tucked away in the edges of the levels. Whilst this lacks the visual finesse and feeling of immersion that Monster Hunter provides, the happy accident in this design choice is the ease of collecting and gathering, which considering how much is required, is always a good thing. However, this coupled with the lack of things to craft until the player reaches higher levels often makes the game seem rather arbitrary and wing-clipped. 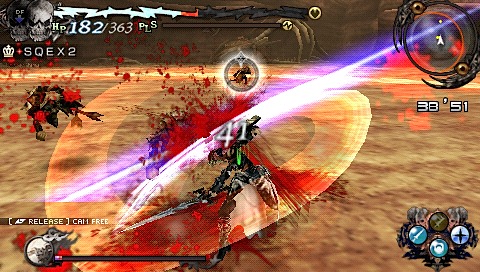 Lord of Arcana does aim to spice things up in the combat department, however. Instead of just attacks and heavy attacks, there are standard attacks and battle arts. The standard attack is, well, standard, whereas the battle arts vary depending on weapon and weapon level. The more a particular type of weapon is leveled, the more arts there are to choose from and the more lethal they'll become. In addition there's magic, which works in a similar vein. However, after the first three chapters players may find themselves needing to switch weapons or magic, meaning that the new choice needs to be leveled up to a reasonable standard before it becomes effective in the higher missions.

Considering that Lord of Arcana often feels crude where Monster Hunter feels polished, it also has a few tricks up its sleeve—for example, the camera. As anyone who has played a Monster Hunter game will know, the monkey-claw-shape needed in order to keep the camera on your opponent is painful as it is frustrating. Lord of Arcana remedies this in a painfully simple fashion—lock on. Hardly a revolution within gaming, yet it means players won't lose sight of an enemy whilst the L trigger is depressed. The fault of poor camera systems within the genre is not necessarily an issue with the games themselves, but with the PSPs lack of a second thumb stick. In Lord of Arcana it seems that the problem has been addressed for once and it really makes a difference.

The bosses in Lord of Arcana are clearly the focal point of the game. They are large, powerful and aggressive, with some stalwarts of Square's repertoire making appearances. Each boss has its own distinct aesthetic and its own devastating move set which, at times, will require different tactics and items in order to defeat it with minimal fuss. Sadly, with the baggage that Lord of Arcana has brought, players are often faced with monsters who have two or three different moves, or who are simply just  predictable. The key here is the difficulty stems from how fast a learner the player is. Although it's a negative, the predictability and limited nature of the enemy move sets does make the game easier (if only slightly) and thus maintains the feeling of progression—very necessary for a game with this much grinding.

Whilst the game doesn't feel all that punishing (even at the difficulty spike about 20 hours in), it does ask a lot to reach the end. To help alleviate the feeling of farming items and leveling up your skills, you can take three friends into battle. This does make the battles easier and the gameplay more varied, at least I'd assume that's what it does if I could try it. Lord of Arcana omits any sign of infrastructure mode which would enables play with other people around the world. Ad-hoc play might be perfectly adequate for Eastern markets, but it does not work elsewhere. Even if Lord of Arcana becomes a massive hit in the West, finding people to join a game is going to be one heck of a challenge.

While Lord of Arcana

is different in a number of ways from Monster Hunter, there's no escaping the mould it has been cast from, and what it has to live up to. It brings a lot to the table, but it also complicates things in ways which make us realise why Monster Hunter is what it is. It all hinges on how much the player wants to be punished by the game, and in what ways someone would prefer this to Capcom's offerings. For me, Lord of Arcana is filling the time nicely until the next Monster Hunter hits shelves. It's a neat product with some good ideas, but remains over-complicated and a little rough around the edges. Rating: 4.5 out of 10.

Disclosures: This game was obtained via retail store and reviewed on the PSP. Approximately 25 hours of play was devoted to the single-player mode and no time was spent in multiplayer mode. 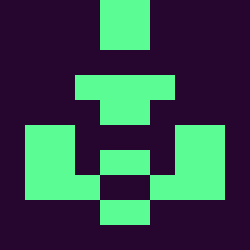