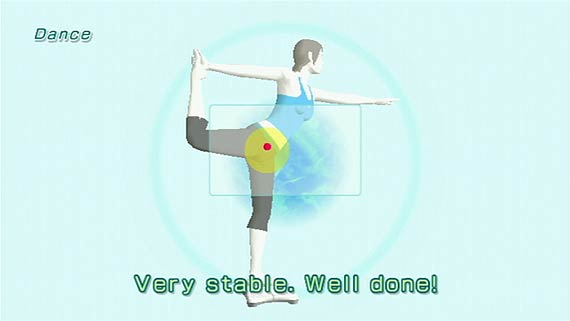 I apologize for the lack entries to this training log in the last couple of weeks. I had hurt my back while setting up a canopy for my son's birthday party. I was in a fair amount of pain and the range of movement in the lower half of my body was severely limited. Obviously, exercise of any kind wasn't an option.

Prior to that incident, I had decided that I would try focusing on the Wii Fit Yoga exercises on my weight training off days to improve my flexibility. I was always interested in Yoga, but I never took any classes. I was curious to see if long-term practice would yield any tangible benefits.

Before I injured myself, I did manage to squeeze in one Yoga-oriented session and I found it a bit underwhelming. I had yet to unlock some of the more advance poses and the introductory ones felt either too short in length, or not enough of a stretch to really be considered a workout of any kind.

The attention to balance in some of the one-leg poses was not something that I was accustomed to; I found the amount of shaking in my body a little disturbing. In spite of the shaking, I did managed to stay within the range of movement required and received decent scores from my Wii Fit trainer.

However, I wasn't confident that I was doing it correctly since my lack of steadiness did not fit the serene image I have of Yoga practioneers. Was the lack of stability normal for newbies? It didn't help that my breathing still felt erratic and I felt like a needed special instruction. The Wii Fit just isn't going to provide answers and the praise (from my Wii Fit trainer) only left me a little perplexed.

Still, finding my balance is something I would like to do and I bought a Yoga instructional book on sale at a bookstore to see if it could provide some answers to my questions. So, at least, the Wii Fit is serving as a gateway to the world of Yoga.