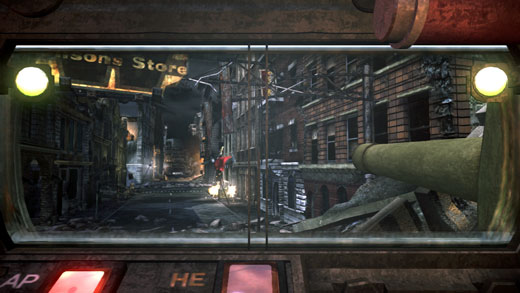 Being a 3DS and Kinect owner as well as a fan of Japanese robots/mechs, two neighboring games on the main exhibition hall of PAX East immediately caught my attention: Steel Battalion: Heavy Armor

for the Xbox 360 and Spirit Camera: The Cursed Memoir

for the 3DS. Both games are updates to game franchises that were once considered innovative back when they were first released.

The original Steel Battalion was a severely flawed mech simulator most noted for its outrageously priced over-sized controller that featured two control sticks, foot pedals and dozens of buttons and knobs.

Spirit Camera is a spin-off to the Fatal Frame survival horror series that incorporated a unique gameplay convention of being able to only see and combat ghosts through the lens of mystical in-game camera.

In attempting to modernize the gameplay for both game series, the developers choose to incorporate some of the latest and most popular hardware gimmicks that video games today have to offer.

In the case of Steel Battalion: Heavy Armor, rather than ask gamers to open their wallets for another ridiculous controller, the game controls are comprised of a standard 360 gamepad for movement/firing supplemented with Kinect motion gesturing used to simulate the complexities of commanding a VT (Vertical Tank), which is essentially a tank with legs.

In principle, this is a smart idea. The original Steel Battalion game took a cinéma-vérité approach to its gameplay and the Heavy Armor update follows that reality-based style.

During the 25 minute demo that I played (half training, half actual combat mission), I was motioning my arms to physically shake the hands of one of my co-pilots upon meeting him, standing up to peek outside of canopy of the VT, raising imaginary binoculars to my eyes to get a closer view of my targets and giving another squad-mate a fist bump upon completing training.

In piloting the actual VT, there were panels that need to be opened and closed, buttons that need to be pressed and levers that need to be push or pulled in order to perform functions like activating different weapons payloads, ventilate smoke in the claustrophobic cabin or bring up guard panels to protect the limited targeting window.

My sense of in-game immersion and depth perception was helped by the visual representation of my arms on screen as I moved my hands to complete various actions.

Throughout the casually paced training portion of the demo, the hybrid control scheme felt fairly intuitive and performed accurately. However, once the actual mission began and I mistakenly removed the visual hint aids, things became more of a struggle.

To peer into the tiny crosshair window to view the exterior and target enemies, required that I push both my hands forward in a downward motion. 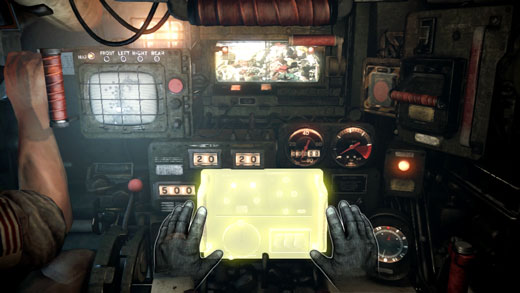 Every time my VT was hit with heavy artillery, my view would get knocked back and require that I repeat the same two-handed downward motion to regain the crosshair view. This got old quick as I was hammered several times during the hectic combat mission.

It didn't help that the longer the demo went, the harder it seemed for the Kinect to keep sync with my body and pretty soon, it felt rather unresponsive and frustrating at times to perform the simplest of actions. I couldn't help, but wonder how easy it would have been to change views with a mere button press or thumbstick motion.

That's not to say there isn't value to the supplemental motion controls. As I said earlier, it does add a level of immersion with basic character interactions, but it can also harm the experience if it doesn't perform consistently and its over utilized for functions that could be handled more reliably through the gamepad.

So keeping in mind that I only played the demo once, I walked away with a mixed reaction to the overall experience to Heavy Armor.

While I appreciate the level of detail to the gameplay and commitment to the simulator experience, I was also worried that Heavy Armor would suffer a similar downfall of its predecessor: soul crushing difficulty.

There's unquestionable potential for new avenues of gameplay and player interaction by incorporating the Kinect sensor with a mech sim. Hopefully the final release will prove to be more consistent with its controls and perhaps there were more alternative control options I wasn't aware of that would make the game more accessible and entertaining. 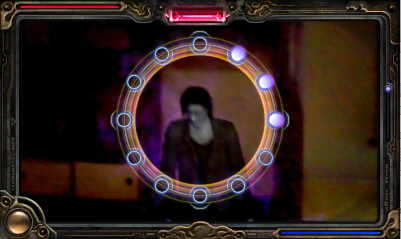 The gameplay in Spirit Camera: The Cursed Memoir, thankfully proved to be less problematic with the use of its gimmicks: the 3DS camera and gyro sensor.

Since the gameplay from the original Fatal Frame revolved around using an in-game camera for hunting ghosts, the concept of using the 3DS camera within an augmented reality framework is actually a fourth-wall breaking stroke of genius.

In the rather long demo I played at PAX East, Spirit Camera shifted between exploring an in-game world, conversing with a attractive female spirit and combating another ghastly figure in the augmented reality of the Boston Convention Center.

The first-person perspective of the game was handled by pointing the 3DS camera in the direction of where the player wants to view. 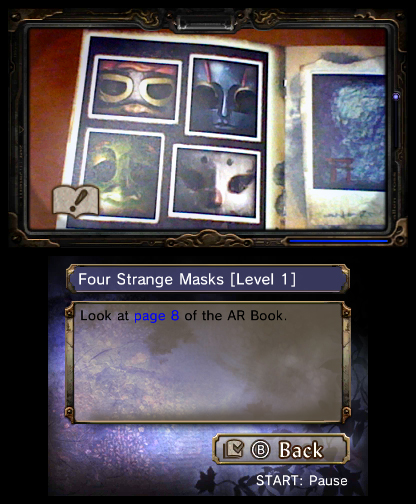 The demo also emphasized a unique gameplay method of scanning pages from a booklet that produced some haunting on-screen imagery and progressed the game forward.

In the short time that I spent with Steel Battalion: Heavy Armor

and Spirit Camera: The Cursed Memoir

I was pleasantly surprised to find two games that have strong roots in traditional gameplay that were also able to incorporate some of the newer gimmicks of modern gaming in intelligent and forward thinking ways appropriate to the subject matter of the game.

Whether these games can surpass the gimmick level of gameplay of games that utilized similar technologies before it, will be determined once these games are released. Spirit Camera is due out on April 13 and Heavy Armor is scheduled for release in early June.

A post from chi? Now that’s a rarity these days!

Anyway, interesting previews. The concept of spirit camera in particular has me intrigued. While I don’t plan on acquiring a 3DS, I’ll definitely be interested in hearing more about it. Are you planning to do a review when it’s out?

[quote=Flo]A post from chi? Now that’s a rarity these days!

Anyway, interesting previews. The concept of spirit camera in particular has me intrigued. While I don’t plan on acquiring a 3DS, I’ll definitely be interested in hearing more about it. Are you planning to do a review when it’s out?[/quote] LOL, yes, its a rare Chi sighting!

And yes, I plan on reviewing Spirit Camera.

[quote=James]I was thinking the exact same thing. Yo, where Chi been at? Man, can’t wait for that review.[/quote] The reviews and posts are few and far between, but I’m always around moderating comments here and there and I’m one of the regular hosts on the GC podcast. That’s apparently as much gaming discussion bandwidth my life will allow at the moment.

I was thinking the exact same thing. Yo, where Chi been at? Man, can’t wait for that review.