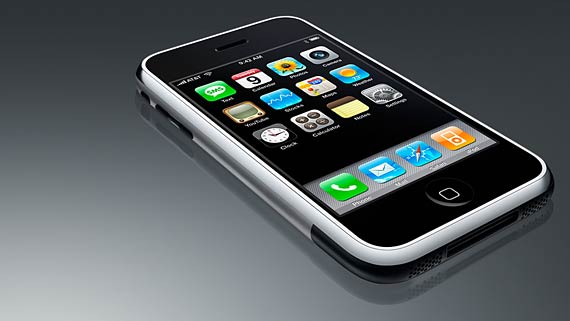 I’m a PC guy. I grew up with 386s, 486s, EGA, VGA, DOS and the mysterious expanded memory. My first exposure to the Mac was back in college when I was studying graphic design. Macs dominated the graphic publishing industry at the time and Photoshop was only available on that platform so there was no getting around it. I had heard about how much faster and intuitive using a Mac was so I was eager to see if it lived up to the hype.

I was a little surprised that after months of learning the in’s and out’s of the platform and logging in countless hours on Photoshop, I wasn’t particularly impressed. Processing speed wasn’t really all that improved. Once Macs were loaded with many applications, they crashed just as often as PCs did. Sure the GUI was a tad prettier, but I was a little put off by the lack of customizations and options in navigating folders and applications. The single mouse button proved to be limiting. To be frank, I was baffled as to why so many Mac users proclaimed it to be so much more superior to the PC. I just wasn’t seeing it.

Flash forward to the present day and I’m noticing something similar taking place with the iPhone. I’m a long-time Treo 600/650 user and like many Treo users, I adore this little smartphone device which literally runs my life. Cell phone, address book, calendar, word processor (I do a majority of my writing on it), MP3 player, video player, GPS, email, Internet browser and it can even emulate NES and SNES games. Whatever you want out of smartphone device, the odds are, the Treo does it and does it exceptionally well.

So when the iPhone was released with all the hoopla of being the first truly innovative smartphone and claimed to be better than anything currently on the market, I was skeptical and defensive for my Treo. Sure the iPhone offered more storage for music and video and the wider screen makes for a much better Web browsing experience, but without a tactile keypad for numbers and letters, there is NO way the iPhone is a better communications device than the Treo for phone calls, text messages and emails. Like the name implies, this is suppose to be a phone first before it’s suppose to be anything else and not having tactile keys is a cardinal sin of usability.

Regardless of its questionable superiority, that didn’t stop hundreds of people around the country from queuing up for hours outside of Apple stores as if this was the second coming of the Jesus phone. This time however, I figured out how Apple is able to convince people its products are "better" than their competitors. They do it by simply being different or at least convincing the right people that they are different.

Anytime a platform of any kind becomes established, there are inevitably a segment of the population that becomes alienated. Either through bad experience or their innate personality, they simply don’t like the platform. Apple capitalizes on this by promising to deliver a product that claims to be better in every way and appeals directly to the alienated population. As I described earlier, Apple’s products weren’t clearly better in my mind. They were simply different. So how does Apple translate "different" to "better?"

Aesthetics and marketing are the smoke and mirrors of Apple’s efforts. Sexy sells and Apple products do look a lot more aesthetically pleasing on the surface than their competitors even if fundamentally they function only marginally better if not all together inferior. A great deal of effort is also put into marketing the perception that Apple products are more accessible and part of a hip Hollywood-like lifestyle. The combination of aesthetics and marketing is the one two punch that levels the playing field between the initiated and the uninitiated. Apple, more than anything, actually sells comfort and there are many who are willing to jump on that bandwagon.

Which brings me back to the Wii. Many hardcore gamers have a hard time understanding the success of the Wii because they reason that while the Wii-mote controller is unique, its responsiveness is far inferior to a traditional gamepad. They also reason that since the graphics of the Wii are so far below their competitors, they will also fail.

What we learn from the iPhone is that being superior in functionality and technology isn’t as important as being different, which with the right look and marketing message, translates to being "better" to the uninitiated. Actual gameplay for Wii titles is essentially the same on any other system (and in many cases the game is literally identical), but the difference in controls breaks down any preconceived barriers about videogames and is "better" in the mind’s of the uninitiated.

Ironically, Microsoft had similar aspirations of appealing to the non-gamer with the Xbox 360, which also sports the popular white iPod look. But where Microsoft faltered is that they pushed the idea that they are better than their competitors, but not necessarily different. The iPhone and Wii show us that being different is what makes them better.

My experience with Macs and PC’s has been the opposite. I serviced IBM PC’s XT’s 286’s etc. back in the day, and was deeply suspicious of Macs. I couldn’t customize them, get under the hood, tweak the BIOS. I found MacPaint cute, but in my opinion ASCII and character graphics were sufficient for ‘real’ work. Then I got a job in an all Mac office. As a user (rather than a tech) I finally understood what all the fuss was about. I started getting significantly more work done on my Mac than I ever had on a PC. The consistency… Read more »

This is a timely post from my point of view, because over the last few days I bought both an iPhone and a Wii! I’m not necessarily the person you’d expect to get these. Well, maybe the Wii, since I write for a gaming site. Then again, I’d more likely be classified as a “hardcore” gamer than not, and I tend to dislike Nintendo’s mascot characters or their games. (I hide in the trenches whenever I hear “it’s-a me!”) With the Wii, I wanted to be ready for Metroid. With the iPhone, I just succumbed to its glamor. Despite being… Read more »

I think the biggest benefit Apple is bringing to customers is not the iPhone itself but the fact that competitors will have to do better now to thrive against it. If competitors can’t compete in terms of comfort or design, they’ll have to compete in terms of performance, cost effectiveness, etc. Or maybe a better wireless plan? Maybe more bandwidth, lower cost, more freedom of data usage, etc. I’ve heard that AT&T may have limited some of the applications the iPhone has. Maybe competitors will do more there?

You obviously aren’t cool enough. That’s why you don’t understand the magic that is the Mac! HA! I keed. As somebody who grew up with the original Apples and 486, Windows 3.1, and DOS (and can scarily still remember how to operate in DOS!) it’s always good to read about people with similar experiences who don’t really “get” the Mac-factor. Granted, I’m back to using a Mac, and absolutely love it, but I don’t fully understand the appeal sometimes. I feel it’s more of a social status than necessarily just being different. Apple (and all their products) has as you… Read more »

“The mysterious expanded memory” – great line, mate 🙂 There always seemed to be too little of it, didn’t there?