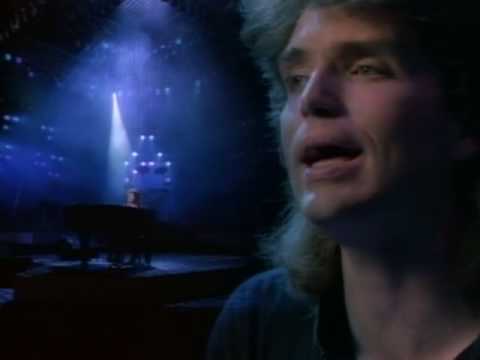 A couple of years ago, through a combination of Rock Band, Guitar Hero and Lips, I was able to use my Xbox 360 as an somewhat limited karaoke system and relive the karaoke bar hoping days on my youth while entertaining friends and family at the same time! It was never an ideal solution trying to organize all of the music tracks across the various titles and having to swaps discs was a pain in the ass, but old karaoke standards like "Right Here Waiting" by Richard Marx on Lips made it worth the hassles.

But when the plastic instrument business tanked in 2010 and fresh DLC for Lips dried up earlier this year, I knew it was time to move on and find another way to get my karaoke fix. For awhile I subscribed to the premium Karaoke Channel from my cable provider FIOS. It wasn't a bad service, but the monthly subscription fee proved too expensive given the lack of new songs and infrequent updates.

Then I recently discovered how to turn my PS3 and Xbox 360 in a working karaoke player and I thought it would be helpful to share how I did it with our readers. The solution described below isn't free, but it is still more affordable and expandable than the many confusing and costly Magic Mic-style systems out there.

1. Download and install TVersity (free version) on your PC
TVersity is an incredibly useful media server software that allows you to stream all kinds of media (video, music, photos) from your PC to your game console and serves as the foundation to playing standard Karaoke MP3+G files on your game console.

2. Purchase and install Power CD+G Filter on your PC
TVersity will not read MP3+G files natively, so you'll need to install the Power CD+G filter in order for TVersity to recognize and decode the file format. Unfortunately, I wasn't able to find any freeware options that worked, so purchasing the filter will set you back $19.

3. Setting up microphones and speakers
While the Karaoke music and lyrics will play through your game console, there isn't a way to utilize and mix-in audio from microphones made for the Xbox 360 and PS3. You'll need to incorporate either a separate audio receiver in your home theater setup that has a microphone mixing feature or go with a cheaper stand-alone Karaoke Machine like this one that I picked on sale at Toys R Us. Most Karaoke Machines will come with a microphone, but if you plan on doing classic Karaoke duets, you'll need to pick up an extra microphone at a local Toys R Us or Target.

4. Downloading MP3+G Music Files
MP3+G is the standard Karaoke file format and consists of two files: the .mp3 file. paired with a .cdg file that contains the lyrics. You can purchase and download MP3+G songs at The Karaoke Channel and TriceraSoft. (The Karaoke Channel sells MP4 versions of Karaoke songs which should play on the PS3 and 360 natively—making Power CD+G filter in step 3 unnecessary if you choose to go this route.) Move all the MP3+G files to the folder you've setup to stream media in TVersity.

I Have downloaded TVersity and Power CDG + Filter, but when I try to open the CDG files under Video on PS3 via TVersity it says unsupported file. Can anyone point me in the right direction on this as its doing my napper in..

[quote=Tosh]I Have downloaded TVersity and Power CDG + Filter, but when I try to open the CDG files under Video on PS3 via TVersity it says unsupported file. Can anyone point me in the right direction on this as its doing my napper in..

Regard Tosh[/quote] Unfortunately I published this guide in 2011 and TVersity has been updated many times over. You may need to download an older version of TVersity with their codec pack. If the files play properly on your PC first, then it should stream to console.

Going through an amplifier, how would the karaoke machine fit into the mix? The PS3 is hooked up to the amp on one input, so how would the Karaoke machine work with this? I have no problem even burning Karaoke DVDs that the PS3 can read, or even hooking up my laptop (most preferable), but the problem is always getting the mic into the mix.

My ultimate setup would be to run songs off of laptop for obvious Hard Drive space reasons, so do you have a suggestion?

Thanks and great article!