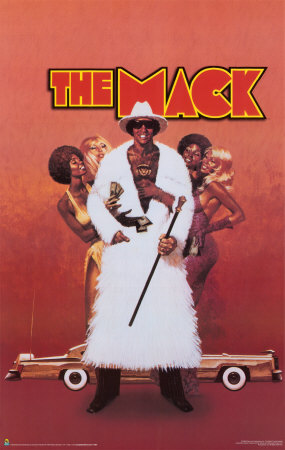 When I read that No Hype Reviews was "packing it in", being a fellow an independent site owner who also focuses on game reviews with integrity (there aren't many of us out there), I couldn't help but feel sympathetic towards his plight. It's a situation that I'm all too familiar with.

I love how successful entrepreneurs will all say "follow your passion" and "do something you love."  But what do you do when your passion (game criticism) happens to be something that most of the world doesn't give a shit about? How do you monetize that?

The idea of paying someone to play a video game for 20 plus hours and write an intelligent and thought-provoking review about that experience may have sounded brilliant in 1999 when we first launched GameCritics.com during the dotcom boom, but in today's noisy RSS-driven sensory-overloaded blogosphere, it's a pipe dream. No Hype Reviews reminded me that if your game reviews aren't filled with dick jokes or if you aren't pissing off legions of fanboys, you have little hope of standing out.

I believe that you should stick to your passions Mr. Lui. Its true that the reality of the gamers universe is dominated by the younger consumer, there are still serious mature gamers (of all ages!) out there who still appreciate the opinions and reviews of such impassioned people as yourself. Perhaps you may not rake in the dough the way you would have preferred at least you get to vent or praise in a personal fashion that can actually and ultimately help out the consumer in making decisions on whether to spend their hard earned cash on the myriad of… Read more »

Cheers. I might have sounded a bit pessimistic. So I want to highlight a good thing GC has done, which is to have established itself as a distinct brand. Not many game websites have created that point of difference without resorting, as you say, to doing stupid shit.

How the GC brand can evolve to attract new readers while serving existing ones will be the challenge. Oh yeah, being a website owner is fun isn’t it? 🙂

Aoki, all your points are well taken. None of us are journalists by trade (with the exception of Gene and Erin), but many of us do write professionally in one capacity or another and we’re capable of delivering the kind of prose that you described. Looks for changes in our review format in the coming days. Any feedback would be greatly appreciated. I believe there is an inherent link between creativity and engaging people in a way that they will pay for that experience. Criticism is part of that dynamic of in driving innovation and helping to push the medium… Read more »

Gamecritics has noble intentions, but I am constantly turned off by 1. too many pop culture references 2. articles reading too much like academic research pieces for postmodern pop culture journals 3. sloppy, clumsy, overwritten articles which need subediting 4. lack of a professional journalistic approach eg no picture captions, no headlines. Overall, there is a sense of trying too hard to be intellectual, rather than letting the writers’ passion for games drive the articles. This is stuff I like to read and something the average gamer can relate to. It is easy to shoot down intellectual pretension as being… Read more »

Thank you all for the words of encouragement. If three people out there are passionate about the subject, it gives me hope that there are more. I’ll try to whine less and write more.

What do you personally enjoy most about game criticism and how do you think we could translate to the average gamer?

Because video games are an entertainment medium and the age of hardcore gamers is so young, the most popular articles out there will be the ones with low brow humor and crude innuendos. It’s the nature of the immaturity beast. I hate to say it but this trend of what I call “wild west” media reporting is going to spread further. There will come a time where it isn’t popular anymore. There will always be a market for traditional reporting. It is people like you who will keep it alive. Don’t bend to the flashy trends. Stay true to what… Read more »

The problem is that the industry needs criticism. It’s one of the things that most of us developers say we need in order to move forward. We need critics that aren’t beholden to the game developers, kind of like the Ebert for movies. The problem is that what the industry needs and what people want are two separate things. My good friend who runs GamersInfo.net (full disclosure: I’ve written some reviews to help the site out) has seen this first-hand, too. Even if you can get the readers, if you don’t take game-related advertising to avoid the appearance of a… Read more »

You need to buck up, Mr. Lui. The demand is out there, even if passionate writing doesn’t yet turn a profit. I’ve enjoyed getting your editorials and e-mail updates for a while now, and I have to believe the readers are getting ready for your kind of writing. You’re right that entrepreneurs are wrong when they tell us to follow our passions: we also need to follow the cash. But don’t let the cash get in the way of writing like you give a damn.