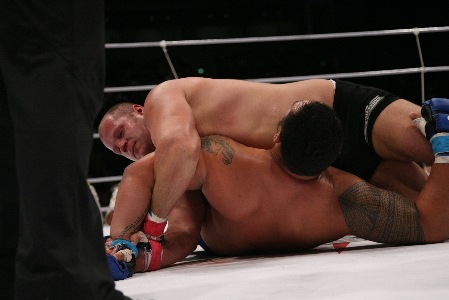 Contract negotiations between Pride FC heavyweight champion, Fedor Emelianenko, and the UFC have not gone smoothly and the lack of haste on both sides has left observers to speculate the consequences if they are unable to come to terms.

There are those who say that Fedor will walk away from the table because he nothing left to prove. He has gone unbeaten in over six years, dominated some of the top fighters of his division and is considered the top pound-for-pound MMA fighter by most sports writers.

With all due respect to his accomplishments and the opinion of others, Fedor still has plenty to prove and his legacy as the greatest of MMA fighter of all-time or even the greatest fighter of his era will come into question years from now if he doesn't compete in the UFC for the following reasons:

Like it or not, UFC is the dominant promotion in MMA today and if Fedor has any desire to establish his legacy as one of the greatest MMA fighters of all-time, he must compete in the Octagon to solidify his place in history.

This is not a good blog-entry. 1) [quote]To be considered the greatest of all-time, there has to popular consensus among the masses.[/quote] This might be true, although, this has already happened to Fedor – among the masses that knows there are other countries than America; more specifically – among the masses that knows of Pride FC. Thing is, that Randy, among other fighters (all fighters in Pride FC, and yes, even most fighters in UFC), describes Fedor as the #1 HW of the World. Take Sweden for an example, most MMA-fans here would without any reasonable doubt describe him as… Read more »

I forgot to write ‘journalist’ in citationmarks, because I’m just as much a sportsjournalist as you are. It might have been my misunderstanding to think you wrote professionally, although it seemed to be announced as a real article on a fighting forum.