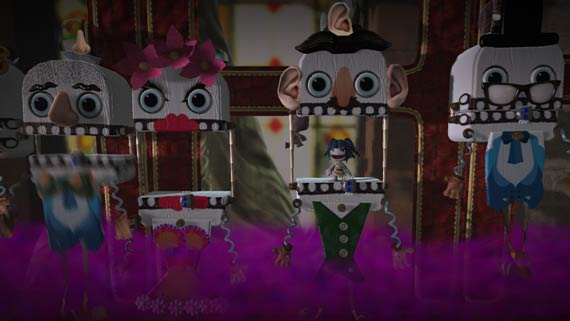 The Xbox 360 became the hardcore gamers' console of choice by creating a robust online play space and filling its library with slick-looking, tried and true, formulaic games with mature content. The Wii captured a new generation of casual gamers by redefining the control scheme with gimmicky motion sensors and offering family oriented games and applications that were accessible to the non-gamer. Nearly two years after the release of the PS3, I have difficulty in describing what the strengths of the PS3 are and who it's for because Sony hasn't developed a clear brand position. Is it the console of choice for gamers who want a Blu-ray disc player?

If that's the case, that's not a statement that inspires confidence with gamers when the PlayStation 2 dominated the past generation of game consoles by having the most diverse line-up of games that had something to offer for everyone. The third-party publisher/developer support was unparalleled and gamers followed in droves. Today, the landscape is quite different and the wares announced by Sony at E3 don't clear up things up.

I'm baffled that Sony would pin so much of its hopes on LittleBigPlanet. No matter how innovative and fun it may be, the problem is that it's cute and quirky. Being one or the other isn't a problem. The combination of the two is usually a formula for turning off mainstream gamers (especially the 18-25 year old males). Just ask the Dreamcast. You could argue that Sony is trying to expand its audience, but this is already a space dominated by the Wii and DS and I don't see this particular game changing that.  I'd be surprised if LittleBigPlanet goes beyond being a semi-popular cult hit along the lines of Katamari Damacy.

Killzone 2 and Resistance 2 are also peculiar games to try to hype up the future prospects of the PS3.

The first Resistance became a big hit mostly because there weren't a whole lot of good launch titles to compete with. Resistance became the closest thing to a system seller by default, but I'm not convinced it's an IP (intellectual property) that actually resonated with gamers on a deeper level. With the sequel, will Resistance prove to be a beloved franchise alongside the likes of GTA, Gears of War or Zelda? The game looks technically amazing, but it lacks a marketable protagonist that make gamers want to cosplay after. In recent years, it's hard to recall a system seller without the likes of a Lara Croft or Master Chief.

As for Killzone 2, does anyone remember the first Killzone? The most memorable thing about the original was how it was supposed to be a Halo killer and how it fell WAAAAAY short of that moniker. First impressions are usually lasting ones, so why would Sony continue to invest in a series that plays second fiddle to Halo? The theoretical footage of Killzone 2 that appeared at E3 two years ago created quite a splash, but that buzz is starting to be reminder of how long we've had to wait and it's sure to disappoint on some level with expectations growing as each quarter that passes. Sony would have better served the PS3 by creating and investing in a new IP that isn't in the shadow of Halo and also has a more identifiable protagonist.

The one game announced that will get a fair share of gamers excited is God of War 3. However, the second release received much less fanfare than it should have gotten since it came at the tail end of the PS2 life-cycle when the attention spans of gamers had moved onto to next-generation of consoles. The less than ideal timing of the second release along with the ultra-violent content may tag God of War 3 as more of hardcore niche title along the lines of Ninja Gaiden series on the Xbox 360.

Then lastly there's the long delayed PlayStation Home online community. Online denizens who want to live out sexually freaky alternative lives already have Second Life. Why would anyone want to play a PG-13 version of that?

To right this ship, Sony is going to need a make a much clearer and defining vision of what the PS3 is and what the future holds. Without the exclusives of the past, like GTA and now losing exclusivity on Final Fantasy, what E3 2008 tells me is that Sony is left with a bunch of unproven mid-tier first-party franchises and an online network that will have trouble standing out in a crowded marketplace with stronger IPs and more compelling content.

I think the biggest difference is xbox live. M$ does online better. They basically have the same games, and the “exclusives” are pretty much interchangeable. I think that as a “generation” we have yet to see a defining game (i.e. GTA II).