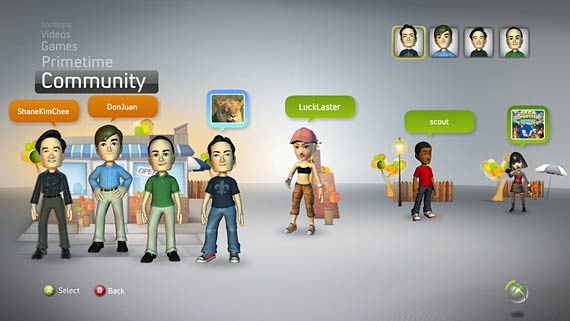 To paraphrase a line from The American President, the problem with Microsoft isn't that they don't get it. The problem is that they can't sell it. At E3 2008, Microsoft unveiled a line-up of products designed to appeal to the more casual gaming audience that Nintendo currently dominates with the Wii.

The miscalculation on the part of Microsoft is that they think they can appeal to the masses by providing something useful like Netflix connectivity and online chat parties or something that is supposed to be an improved experience like Lips, which is a refinement of the singing/rhythm game. These approaches will win a few minds of people, but it won't win their hearts and appealing to the heart is what gets people to open up their wallets.

The Wii isn't selling butt loads of units because it is more useful or better than its competitors. In fact, the controls and graphics are far worse and yet it is outselling and outpacing their rivals by growing margins. What Nintendo did with the Wii is create something that immediately captures people's attention and appeals to their emotional sensibilities.

Some of Nintendo's pundits call it a gimmick, but when it comes to the mainstream, gimmicks sell (George Foreman Grill anyone?). Casual audiences are fickle by nature and have short attention spans. In order to capture their attention, your concept needs to pop in a magical way. If you aren't getting a eureka-type feeling, then chances are, the general masses aren't going to go crazy for your wares.

By going a more practical route, Microsoft is playing it safe, but playing it safe is a sure fire way to bore people. If it's one thing that we've learned from Nintendo, it's that if you want to appeal to the mainstream, you have to take out-of-the-box risks and at E3 2008, I'm just not seeing that from Microsoft.