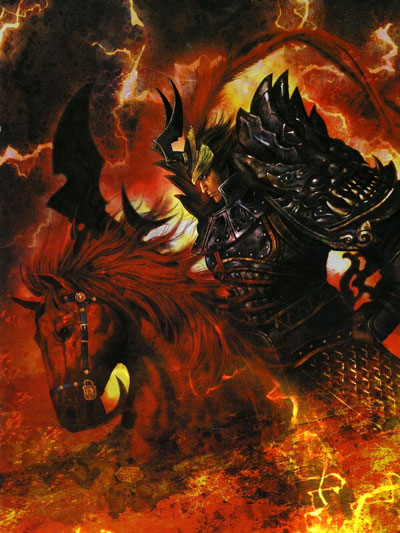 Even before I played Dynasty Warriors 6, I was dreading having to write this review. For a critic, there's nothing worse than having to review games that we really like (yes, I'm a fan). Contrary to popular belief, critics do try to enjoy ourselves and we don't point out flaws for the sake of being negative. The difference is that we try to explore and dissect our experience in hopes of better understanding what we are playing and that leads to what readers think is an awful lot of annoying nit-picking. I assure you, we are trying to be honest and helpful in some cosmic/karmic way. This process becomes exponentially more challenging when we like or even love the object of criticism because rose-colored glasses obscure deeper intelligence and meaningful insight, which usually results in a sucky review.

Since the majority of gaming media and gamers think that the most ardent fans of a game series (e.g. The Legend of Zelda) and/or genre (e.g. shumps) are the ones most qualified to review said games, this pretty much explains why most game reviews are crap. The level of critical thinking rooted in favoritism leaves the critic with little recourse but to compare the previous features of game to its predecessors and report back which areas have improved, which areas have not and what's still lacking. This is fine if the subject of a review was a lawn mover, but not something that might be considered art. Imagine calling a latter Picasso painting terrible because it lacked the life-like details of his earlier works. Deeper thoughts go unexplored and reviews all end up reading the same. 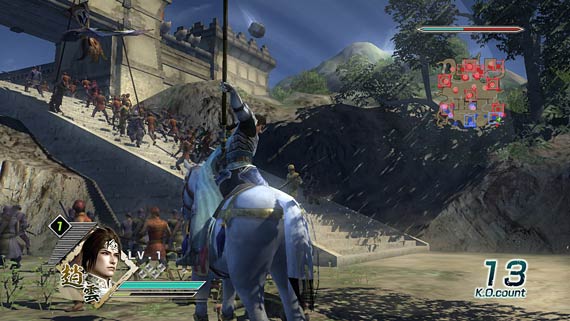 Game makers like Koei/Omega Force aren't helping the lack of critical thinking in the industry either. The core tactical action-slasher gameplay and linear historical battle structure of the Dynasty Warriors series hasn't changed since it was introduced in 2000 and has been rehashed many times over with mostly superficial changes. Koei isn't motivated to change the successful formula either because the dynamic between the gamer and game maker is not so unlike a junkie and his or her drug dealer. Dynasty Warriors fans are looking for the next fix and Koei is happy to provide it. This gives writers little recourse but to critique the object as a product designed to satisfy the expectations and wants of its fan base.

Having played Dynasty Warriors 3, 4, 5 and Dynasty Warriors: Gundam (in addition to 10 of the Romance of the Three Kingdoms strategy games), I have to admit it all gets to be a blur. I'd have to start a spreadsheet to track and catalog all the changes between the library of titles.

In regards to Dynasty Warriors 6, what does stand out is that weapons and horse mount upgrades don't feel as difficult to obtain as previous games. The patented combo hack-n'-slash attacks have been streamlined and require less leveling-up and more combo-chaining to maximize its effects while lack of action decreases its power. A neat role-playing game-esque branching path system is used for enhancing player special abilities and stats (think Diablo). Multiple objectives per stage also proved to be a very addictive feature for a level-up/reward driven gamer like me. I found myself obsessing and replaying missions over several times to complete the said objectives in their entirety to obtain more experience points and for the sense of satisfaction. 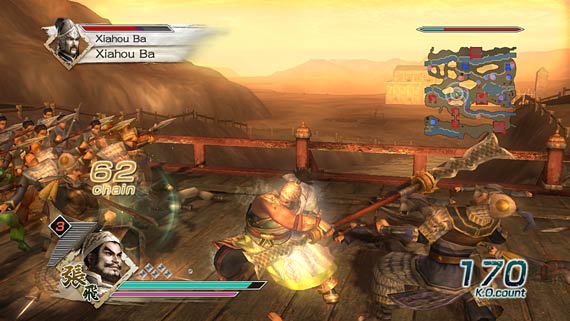 This being the first Dynasty Warriors built from the ground up for the current generation of 360/PS3 game consoles, the visuals have received the most dramatic upgrade and the effect is rather jarring. Previous Dynasty Warriors games relied on basic color coordination in the uniforms to make sense of the chaos on the battlefield. The increased amount of detail in the landscape and hyped-up speed of the hundreds of soldiers that double-time across the screen was overwhelming at first. Eventually my senses were able pick up more subtle details and process the frenetic action on the battlefield and before long I was back in the trademark Ikki Tousen (strength of a thousand) playing mode, frantically slaying hundreds of soldiers per engagement that has made Dynasty Warriors series world renowned.

The last point is critical because the most addictive quality of the Dynasty Warriors series has been its ability to give the player a euphoric sense of God-like power on the theatre of war. So long as part 6 gets this part right and it does, fans should be satisfied and everything else is forgivable—including some of the worst design interpretations of the Romance of the Three Kingdoms cast the series has ever seen. I think Koei wanted Dynasty Warriors 6 to be a gateway entry for newcomers to the series and they've largely succeeded in making the game accessible to newbies and intriguing for long-time veterans at the same time.

In my review of Dynasty Warriors 3, I looked at what the game meant to me. In my review of Dynasty Warriors 5, I wrote about what the series means to its fans. With this review of Dynasty Warriors 6, having played so many Romance of the Three Kingdoms based games, I struggled to come up with a fresh and interesting perspective. To avoid the pothole of writing a sucky review as a fan, I tried to explain why reviews written by fans suck. I pointed the finger at the game media and developers, but I also have to acknowledge my part in this as well. Why am I writing a review for game that doesn't need any further understanding? Fans of Dynasty Warriors 6 will know exactly why they like this game and no further understanding is needed. Perhaps my efforts would be better spent writing about more noteworthy games that are trying to evolve and expand the depths of videogames. So yeah, it sucks to be me trying to write this review. Rating: 7 out of 10

I used to love Dynasty Warriors up until Dynasty Warriors 3. After that, I realized that all of these games are the same exact thing. I’m also getting tired of the whole three kingdoms theme and tired of Liu Bei as well. They should make a Dynasty Warriors get set during a different time. At least change the scenery around, right?