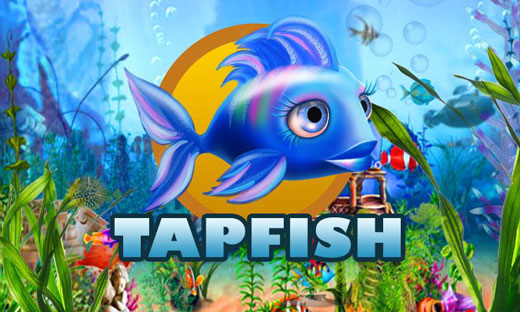 Early Columbus Day morning, I awoke and found my son in the living room playing his favorite free-to-play mobile game on my smartphone, Tap Fish. This wasn't anything out of the ordinary except that he immediately started to brag about how many coins and Fishbucks he had accumulated. Upon hearing this, I became extremely nervous and a quick check of my credit card confirmed my worst fear: my son had spent over $400 on in-game transactions.

Coins and Fishbucks make up the in-game currency used to purchase fish and other virtual goods to maintain one's digital aquarium in Tap Fish. Normally, the game awards coins for completing little menial tasks, but the purchase of anything substantial requires enormous sums of coins and/or Fishbucks. Outside of someone with the time and patience of Gandhi, it is near impossible to accumulate the amount of virtual currency required to purchase expensive in-game goods and there in lies the business model of many of these free-to-play games. One can use real-world currency via a credit card to purchase virtual currency to buy digital in-game goods. Welcome to new world of mobile gaming folks.

Sadly, all of this was too much for my 6-year old son to comprehend as he wasn't aware of the consequences of his actions. I didn't feel it was necessary to discipline him beyond a stern warning. In fact, after I investigated the matter further, I thought that in some ways the game manipulated my son into making such purchase. This is the part that surprised me and something that I wanted to document as a warning to other parents.

Prior to this incident, I had monitored my son playing Tap Fish many times to ensure I would approve of the content. I was always weary of the possibility of him making a purchase that would cost real-world dollars, but the purchasing menu wasn't prominently placed in the interface and I instructed him never to buy anything on that particular menu.

So what went wrong? As anyone who enjoys downloading many apps on their smartphone, you'll notice they will frequently require updates. I always assumed that updates were only to fix bugs, glitches and that sort of thing. I never realized that games would change and update gameplay elements to a significant degree and that's what happened with Tap Fish. Somewhere along the way, one of countless updates to Tap Fish added a "Daily Jackpot" feature that pops up at the start of each session to award players with bonus coins. The "Daily Jackpot" feature didn't cost anything extra to play, but what it succeeded in doing was conditioning my son to click on buttons and menus outside of the standard gameplay menus.

The tipping point was the additional advertising that displayed alongside the "Daily Jackpot." On the morning of the purchasing incident, the game starrted to run a banner ad featuring 20% off sale on coins/Fishbucks. My son may not know the actual value of a dollar, but one thing he does know is that Mommie and Daddy like to buy stuff on "sale" at the store. So between the "Daily Jackpot" winnings and the flashing "sale" promotion being featured on the advertising spot, I'm sure it all seemed innocuous and irresistible to my son–which lead to the costly purchases.

At this point, I went about getting a refund and not surprisingly, it wasn't as straightforward as I would have hoped. While purchases made through the Android Market can be refunded within 15 minutes of purchases, the same policy does not apply to in-app purchases made by my son. Though apps like Tap Fish process credit card transactions through Google Checkout, Google maintains that in-app purchases can only be refunded at the discretion of the developers. In the back of my mind, though my son never spent any of the purchased coins/Fishbucks I was dreading that since this wasn't a case of fraud, I would actually be held accountable for the purchases. Not being able to plead my case over the phone with a representative from either Google or the developers, Gameview Studios (both of whom can only be reached via email), didn't give me much confidence that I might find a sympathetic person to help me.

Initially, things did not look good as I ping ponged emails back and forth between the developers of Tap Fish, Gameview Studios and Google. Gameview tried to pass the buck back to Google for the refunds while Google maintained that refunds of in-app purchases were at the discretion of the developers. This went on for a stressful 3 days as I patiently waited for responses back from both parties until I finally got the email I had been hoping for: Gameview agreed to refund all transactions.

So in the end, I'm grateful that I dodged a $400 dollar bullet that would have really hurt right before the holidays, but I also wanted to impart the following advice to parents who allow their kids to play with their smartphones:

1. Turn on the pin code feature for transactions. While this wasn't an option for me at the time (I was using an older version of Android Market which doesn't have the feature), if you have and/or update to the latest versions on either Android or iPhone, turn on the security option that requires the user to enter a pin code upon purchase. Parents can also take this one step further by screen locking your phone with a password to ensure your children don't use your phone without you knowing.

2. Beware of updates that may change game features. If you update a game that your child likes to play, make sure you review the game after the update to ensure there aren't any new features that might prove problematic. Some apps may update automatically so make sure you turn off the auto-updates and/or stay vigilant on monitoring what you child is playing on your smartphone even on games that you think you are familiar with.

3. Free ain't really free. While many of these games appear to be free on the surface, they are ultimately driving users towards purchasing in-game items. While I have nothing against companies like Gameview studios maximizing their revenue generating opportunities with more ads and eye-grabbing promotions for their adult audience, there is also a degree of callousness in the way these ads prey on unsuspecting children like my son with whom these games hold great appeal. If developers aren't going to be more conscientious of their potentially younger audiences, I'm not going to install any "free-to-play" apps on my phone for fear of something like this happening again.

This still doesn’t answer his question (which is a very good one). Don’t you feel you are somewhat responsible too? You are very quick to blame the company who created the game instead of taking (at least part of) the responsibility for giving your child access to a tool that is not designed for him to play with without supervision. Moreover, you decided that it’s not worth teaching your son that his actions have consequences. Well, guess what, the next time he gets conned, he may not get a refund. You try to make the company seem the villain, but… Read more »

My seven year old daughter racked up 450 usd in 5 minutes of charges . really !! Why no safeguards built in for unusual trasactions ??

This type of software development is nothing short of a trojan horse. They hope you won’t catch the charges that your child makes. So you think the owner should be liable for a purchase of a $100,000 if tapfish put that option on there and a child clicked on it? That’s absurd. This type of software only hurts the industry. The company loses nothing by refunding because there wasn’t any real product in the first place. It was all virtual.

[quote=Anonymous]Would you have granted the refund? And if so, for what reason? What if your son had actually “spent” the purchased currency… would that change your perspective if you were the merchant? These are interesting questions… – where these charges “authorized”? – given what transpired, who is responsible for the charges? I think the game publisher could have legitimately felt that since you allowed your son to use your phone, you therefore assumed all risks and charges associated with that usage. I’m glad you got your money back and I think not “spending” the purchases was a huge factor in… Read more »

Would you have granted the refund? And if so, for what reason? What if your son had actually “spent” the purchased currency… would that change your perspective if you were the merchant? These are interesting questions… – where these charges “authorized”? – given what transpired, who is responsible for the charges? I think the game publisher could have legitimately felt that since you allowed your son to use your phone, you therefore assumed all risks and charges associated with that usage. I’m glad you got your money back and I think not “spending” the purchases was a huge factor in… Read more »

I’m entitled to agree that a $400 Tapfish charge is insane, and i’ve never even heard of the game. Unfortunately, I don’t, nor ever will own an Ipod or the like, but I can see Tapfish coming to the 3ds, sir, and that is scary. Great article either way, as an insight into a part-time niche(thats an understatement) that I havn’t had much experience in apart from Facebook games.