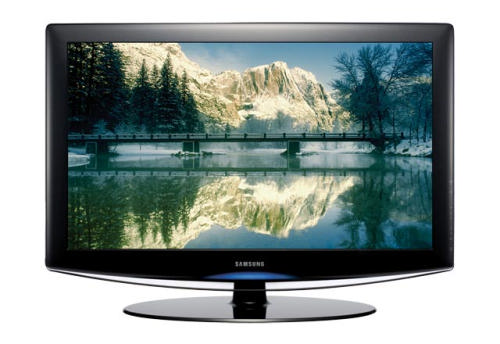 In just under two years, my much publicized and prized 37 inch Sceptre LCD HDTV died an unceremonious death. There were few warning signs and end was quick and final. I've since recovered from the ordeal by purchasing a 40 inch Samsung LCD and in the process of doing so I picked up some valuable lessons I'd like to share with our readers.

Remember how your parents always say "They don't make em' like they used to." This is very true of new HDTVs. The 27 inch Sony old-school CRT in my parent's house is still chugging along after 15 YEARS! The short life-span of my Sceptre HDTV is a reminder that this is still very much an emergent technology and years away from the kind of stability and reliability that we are accustomed to with CRTs. With so much money invested, it only makes sense to get the extended warranty. Make sure you factor in those additional costs to your total budget when shopping.

2. Buy from Costco if you can

After my Sceptre HDTV died, I was able to return it to Costco for a FULL CASH REFUND. Costco had a very liberal satisfaction guaranteed life-time return policy so long as your membership is in good standing. They've since amended their lifetime policy to exclude electronics earlier in the year, but you still get a generous two-year extended warranty at no extra cost that you would have to pay hundreds for elsewhere and their customer service is still impeccable (from what I've experienced). And for those worried about the selection, they carry all the top brands and many low-cost brands that have good reputations.

After experiencing 1080p picture quality on my dead Sceptre, I learned that bigger isn't always better (as any Photoshop expert will attest to) since upscaling or blowing up an image to a 1080p max resolution may result in mixed results due to a variety of reasons (i.e. source quality, upscaling method, input cables). Matching the native pixels to the original source material (or with as little upscaling as possible) should result in the best picture quality. Since most cable broadcasts and games range from 480i standard def to 720p (1080i/p is still rare outside of PS3 games, Blu ray and HD DVD discs), I figured I'd get on average a better PQ with 720p. Since 720p's are the now considered the entry level HDTV that saved me several hundred dollars and allowed me to purchase a top brand name like Samsung.

After getting the TV home, I found out my theory was only marginally correct. Yes, standard definition material did look generally better, but not significantly so. I'd say at most only 10-15 percent better. So the lessoned learned here is that if you can afford 1080p, go for it since you aren't losing much in SD stuff and you're ready for the future. If you can't afford 1080p, 720p is still an incredible value considering most broadcasts will look generally better. Consumer Reports is also adamant that 1080p quality is only discernable on screen sizes 50 inches and above. I can't personally attest to that since I've never gone above 40 inches.

4. No-Name Brands are better than you think

Despite my Sceptre having died prematurely, I would still recommend it and other lesser known brands like Vizio, Westinghouse and Olevia to those on a budget so long as you include a lengthy extended warranty. In nearly every case, you get so much more for the buck (like 1080p for the same price as a brand name 720p) and even still it's hundreds cheaper than top of the line competitors. The biggest compliment I can pay my deceased Sceptre was that I didn't notice any improved PQ when I brought home the Sammy. The PQ to the Sceptre was equal if not better than the Sammy and I was extremely satisfied for the two years it did serve me. Just make sure the reviews on the Internet are good for the model you are eyeing and have a good extended warranty in case anything does go wrong like mine did.

I'm normally a big fan of Consumer Reports and the work that they do, but when it comes to their ratings on HDTVs, I take it with it a grain of salt. They rated the Toshiba Regza TV as having an excellent viewing angle and when I checked this myself at the store that was far from the case. I also find their ratings for SD broadcasts highly suspect since it's technologically impossible to take a 480i signal and make it look good at HD resolutions. The data simply isn't there. At best you'd get a picture quality that looks average at best, yet Consumer Reports gives many excellent ratings in this category. The best thing is to use their Best Buy ratings to see who the top players are, but make sure you shop and compare with your own eyes.

It's now been several weeks and there have been no problems with the Samsung. I was thrilled that there were no dead pixels and my wife and I are happy with the choice we made. Now let's just hope this one lasts longer than two years.

When I get an HDTV I’ll play lots of games on it, but are some not good for that? I’ve heard that some HDTVs have a permanent split-second delay behind the video signal coming in. Not LCD blur, but an electronic delay due to image processing. Does this vary from TV to TV? From input to input?

I think you should have added something about the right cables to buy and connections on the HDTV. This is something I stood in the store for two hours figuring out since I have all three main consoles I needed inputs for all of them. I finally was able to find one that had and HDMI port for my PS3, a Composite port(Red, Green, Blue, and White) for my XBOX 360, and a Component port(Red, White, and Yellow) for my Wii as well as a digital output for my 5.1 surround sound.

[quote=Dean]When I get an HDTV I’ll play lots of games on it, but are some not good for that? I’ve heard that some HDTVs have a permanent split-second delay behind the video signal coming in. Not LCD blur, but an electronic delay due to image processing. Does this vary from TV to TV? From input to input?[/quote] I’ve never heard of that in all my research, but Samsung TVs have a Game mode that should optimize things for gaming. I never use it because it defaults all color settings to regular settings.