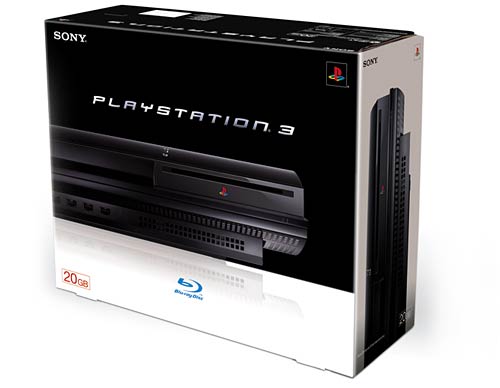 In an interview that appears on the February 2007 issue of Game Informer, Jack Tretton, President and CEO of SCEA, had this to say about the manufacturing problems with the blue laser diode that lead to the PS3 shortages:

"We're taking a device that is going to be state of the art and future-proof for the next decade, and provide you with the ultimate gaming experience-in addition to giving you a state of the art Blu-ray DVD experience. And, we're incorporating the ability to read standard DVDs, audio CDs, and games from platforms going back 10 years. To have a consumer device that's going to read six very disparate platforms effectively is an extremely noble undertaking and impossible for me to even imagine. It's a little more difficult to pull that off and manufacture it—and we made that work. But to pull off such an amazing feat, when you're dealing with something that is not off-the-shelf technology, you run into some start-up problems with manufacturing." –Jack Tretton

Wait. Hold the phone. Are you telling me that consumers had to wait on insufferably long lines, endure near-riotous conditions and deal with severe price gouging on eBay so that the PS3 could play audio CDs, which are on the verge being replaced with MP3s, DVDs which are not high-definition and archaic PlayStation games, which are practically relics?

With the lack of demand for Blu-ray and the growing trend of making past generation titles available for download on virtual consoles—essentially making backwards compatible disc media unnecessary, was it worth the launch day pains that Sony put consumers through? I thought the PS3 was supposed to be future-proof, but it sounds more like Sony was more concerned about the PS3 being past-proof.

Well, Sony, Jack, and whoever else decided that the PS3 should be a little more than just a graphics-rendering toy…. got it right. As far as I’m concerned. My Wii is amazing, it’s a blast, but it won’t play BlueRay DVDs. I don’t want to have a CD player, a DVD player, and another game console in my entertainment stack. This Christmas I broke down and decided to go full-on HD with my movie watching. The choice was BR or HD-DVD, looking into BR’s enhanced copy protection tells my how the movie industry will move and where the best movies… Read more »

Having the PS3 play three consoles worth of games, as well as all the other audio and video media that consumers currently own, is actually one of the big draws of the PS3. Whether or not you intend to use those other functions, there are other gamers (like myself) who want to play PS3 games and not lose the ability to play PS2 or PS games. Now, you may say that there’s always that PS2 sitting on my entertainment system, but now that my Playstation 2 is 5+ years old, it’s starting to slow down and have more problems. But… Read more »

That’s not spin-its a legitimate impediment on SONY’s ability to manufacture the console.

Don’t forget, this is the same Jack Tretton who famously said in an EGM interview that if we could find a PS3 that had sat on a shelf for more than five minutes, he would give us $1200 for it. Naturally, the PA guys tore into him and sent him a bill for over $13,000.