The third time's not quite the charm. 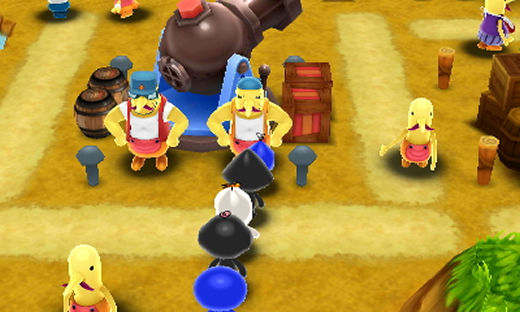 LOW: Unfortunately, the battles pop up a bit too frequently.

WTF: Let's just say that some of the "Denpa" men aren't going to win any beauty contests…

If you had asked me before I began playing THE "DENPA" MEN 3 if it were possible for a game to feature too much content, I would have responded with an effusive "hell, no!" However, after spending a good bit of time with this Genius Sonority RPG (just over 42 hours) I'm no longer sure that would be my answer.

Why? Surrounding the Pokémon-esque action at the core of this adorable eShop title are a slew of activities—fishing and gardening, interior design and whatnot—that, in a perfect world, would augment a player's progression through the game. In reality, they're more likely to arrest that advancement by pulling attention away from the adventure at hand—and believe me, players are going to need to pay attention to what's going on if they don't want to become hopelessly lost.

Even if that doesn't happen, these peripheral activities are likely to leave players scratching their heads as to why Genius Sonority's able developers (from Dragon Quest and Pokémon spin-offs) wasted their time working on these optional asides rather than improving the main campaign. As enjoyable as it can be to play through this technicolor adventure, it's also liable to cause a distinct sense of déjà vu in players familiar with the previous entries.

For starters, a good number of this game's backdrops, enemies and non-player characters (NPCs) look like they were pulled directly from one of the previous titles, or were only slightly altered during the transition to this one. Then there are this iteration's Dragon Quest-esque battle scenes, which, while as exuberant as ever, aren't all that different from the ones that popped up before.

Another high point is the series's main hook, which consists of using the 3DS' augmented-reality capabilities to capture the titular Pikmin-like creatures from real-life surroundings. They can be harvested from any WiFi signal in range of the handheld, and traveling to different signal areas will provide different characters to collect.

Unfortunately, despite the fun that can be had of leading an eight-man squad into battle, THE "DENPA" MEN 3 stumbles in places apart from the sidequests. Specifically, battles in pop up so frequently they'll probably be seen as an annoyance to all but the most patient and forgiving of gamers. Sure, enemies are visible while stalking the surprisingly vast overworld, but most of them are difficult, if not impossible, to outrun, so they may as well be invisible, unavoidable encounters like those in RPGs of old.

A second low point relates to the aforementioned overworld. Usually, I'd say it's nice to encounter a sprawling map in an RPG, but in the case of THE "DENPA" MEN 3, the map often conspires with the game's rather terse NPCs to confuse and confound, although I have to admit the latter may be more at fault, as it's easy to be led astray by their caveman-like speech. Add to this a disappointingly clichéd story—it calls on folks to defeat a stereotypical bad guy in order to rescue a damsel in distress—and you've got a 3DS eShop title that's the definition of a "mixed bag."

Whether or not it's worth a spin depends on the player's ability to put up with the quirks detailed above—the overwhelming number of battles, especially. As for me, I found it to be a bit of a roller-coaster ride. One minute, I felt so aggravated I wanted to turn it off and never play it again; the next, I was grinning from ear to ear and sad at the thought of it ending. That said, the experience never quite hit the highs of the first, slightly more forgiving "DENPA" MEN, so players new to this series may want to start at the beginning rather than jumping in with this third iteration. Rating: 7 out of 10.


Disclosures: This game was obtained via Genius Sonority and reviewed on the 3DS. Approximately 42 hours of play were devoted to the single-player mode, and the game was completed. No time was spent in its multiplayer modes.

Parents: According to the ESRB, this game contains: mild fantasy violence.

Deaf & Hard of Hearing: All of this game's conversations and cut-scenes feature subtitles. 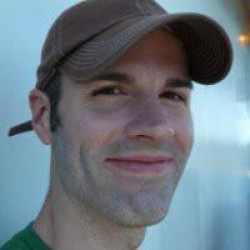 Never played a Denpa Men game before (what the hell is a Denpa, anyway), and from your review I doubt I’ll ever try one. Definitely looks like a case where the developers didn’t bother to improve a weak story and instead tried to distract players by throwing in a huge amount of peripheral side activities.