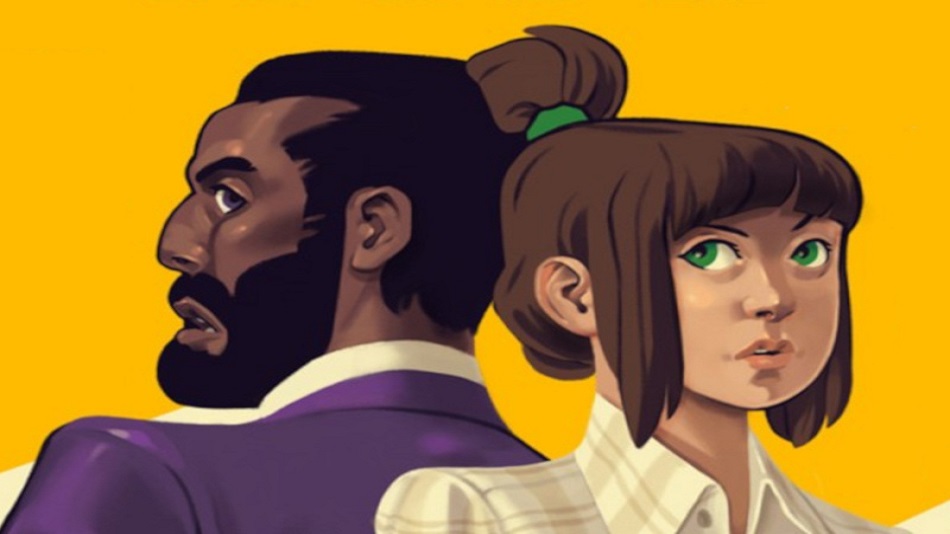 A large chunk of my early PC gaming involved point-and-click adventures. I played them because so many had amazing design and style, but I was never that good at figuring them out and rarely made it far. Deciphering obscure solutions to esoteric puzzles was beyond my youthful knowledge, but I kept playing no matter how little I accomplished. So, I couldn’t help but smile when I was sent The Low Road, a 2017 point-and-click adventure now available on the Nintendo Switch.

The Low Road follows recruit Noomi Kovacs. She’s fresh out of spy school and working for an automotive company in 1976. Her role is to help the company get a leg up on the competition using good old-fashioned industrial espionage. She becomes disappointed when she learns that most corporate spying is done via telephone, but still hungers for life in the field. Her quest for more glamorous duties leads her into the darker side of the auto industry and the recovery of a missing engineer. No spoilers, but it’s a well-written story containing numerous absurd and ridiculous moments.

The story is entertaining, but what really hooked me were the fabulous graphics and phenomenal music. The cartoonish two-dimensional characters and settings fit the era perfectly and never leave doubt that the story takes place in the correct decade. Even though music is used sparingly, the score is amazing and my ears were delighted to hear tracks that could be part of any period-appropriate psychedelic playlist. The art and music direction of The Low Road is superb. 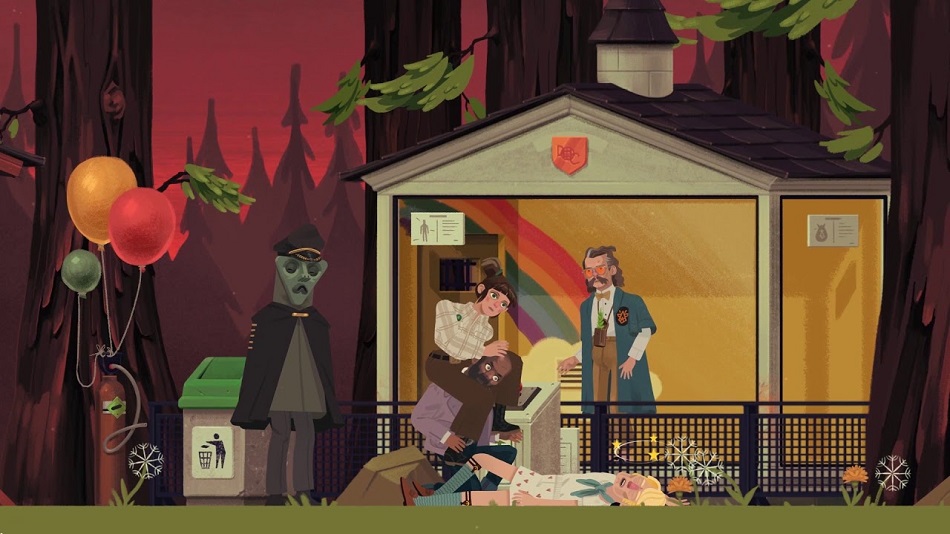 As for how it plays, The Low Road follows standard point-and-click formula. Players leisurely explore multiple areas, looking for items and people to interact with. Sprinkled throughout each scene are a few first-person puzzles that must be solved to advance the story. They’re never too difficult to solve, but subpar, imprecise controls make them more frustrating than they should be. The Low Road was designed as a PC game, so it’s easy to imagine how these tasks would utilize a mouse for interacting.

Other than the imperfect controls, I was a little frustrated with an issue that’s plagued point-and-click adventures since my younger years — those times when the story wouldn’t progress even though I knew the basic solution and had everything I needed. In these cases, it turned out that I needed a character to move, but they wouldn’t. The answer was that I simply didn’t visit a specific character enough times to trigger it. This additional visit did nothing else – no additional items were added to the inventory nor did I receive more information vital to the story. Luckily, these irritating “solutions” are infrequent in The Low Road.

Despite some minor bumps in the road, my younger self would have looked past them and enjoyed The Low Road, and my older self agrees – It’s a point-and-click adventure that delivers a satisfying story, a wonderful soundtrack, and fantastic design. Rating: 7.5 out of 10

Disclosures: This game is developed and published by XGen Studios, Inc. It is currently available on Switch and PC. This copy of the game was obtained via publisher and reviewed on the Switch. Approximately 5 hours of play were devoted to the single-player mode, and the game was completed. There are no multiplayer modes.

Parents: According to the ESRB, this game is rated E for Everyone. There are no descriptors. No worries here, if a younger player is interested in the story, parents should feel safe letting young gamers play.

Deaf & Hard of Hearing Gamers: This game is fully subtitled and character names are included with all dialogue. Text size is not adjustable. There are no sound cues that help with gameplay, but a few parts of the story include sound effects connected to events off-screen. A few events were not fully captioned, though most were. However, I would still say the game is still fully accessible. 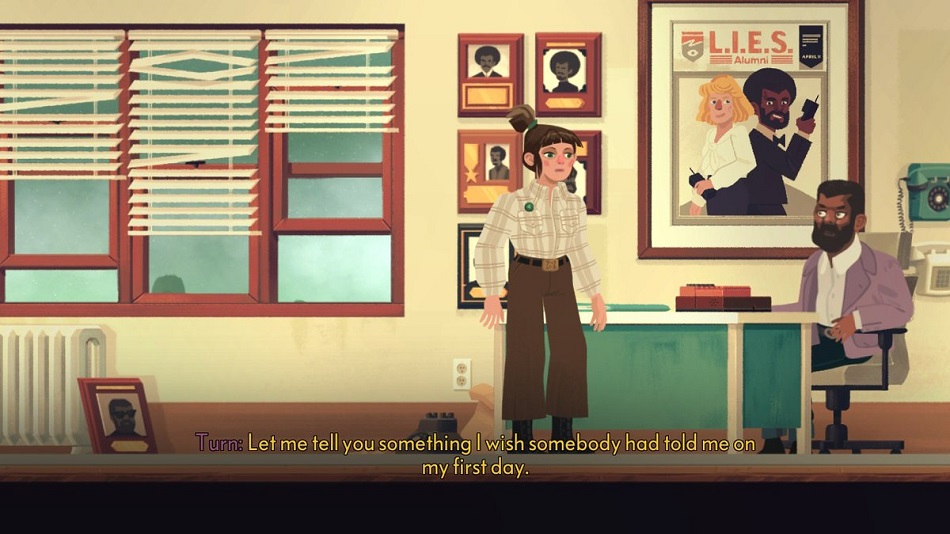 Remappable Controls: No, this game’s controls are not remappable. Players use the left control stick to move and right control stick to locate interactive objects on screen. The A button is used for most interaction, like talking to characters and selecting places on screen to search. The minus (-) button brings up the player’s inventory screen. There is no in-game menu that shows the controls.