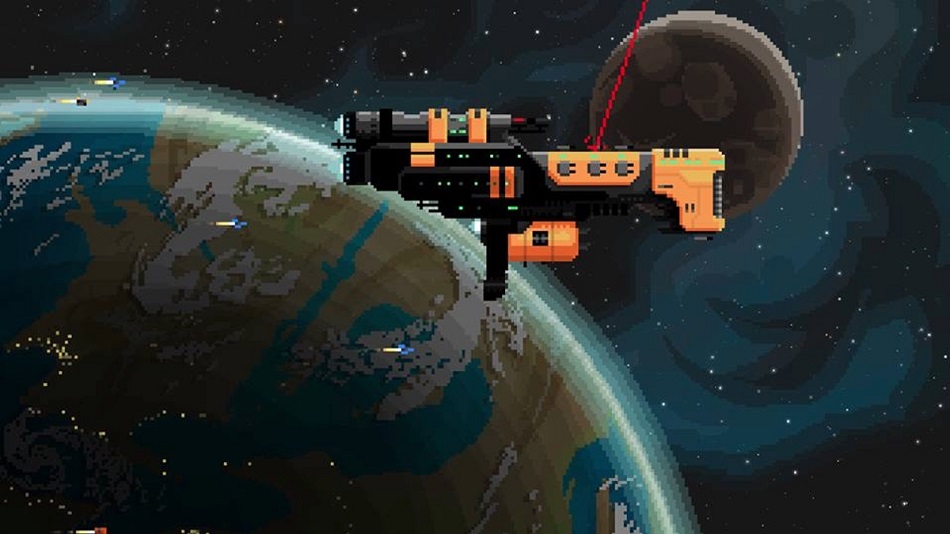 LOW After hours of gameplay, still losing to boss number one.

Steredenn: Binary Stars is an expanded version of the 2015 shmup Steredenn, which is now called Steredenn: Classic.

While I never played the original, it seems like Binary Stars adds plenty of new features to appeal to those who’ve already spent time with the previous iteration — things like more ships to select, additional weapons, a boss rush and local co-op.

Visually, Steredenn: Binary Stars offers beautiful, pixel-art space scenes filled with far-off planets, distant stars, and colorful nebula. In addition to great art design, Binary Stars has an intense soundtrack. The instrumentals are loud and fast, and exactly what one might expect to find on the playlist of a lone pilot engaged in interstellar dogfights. 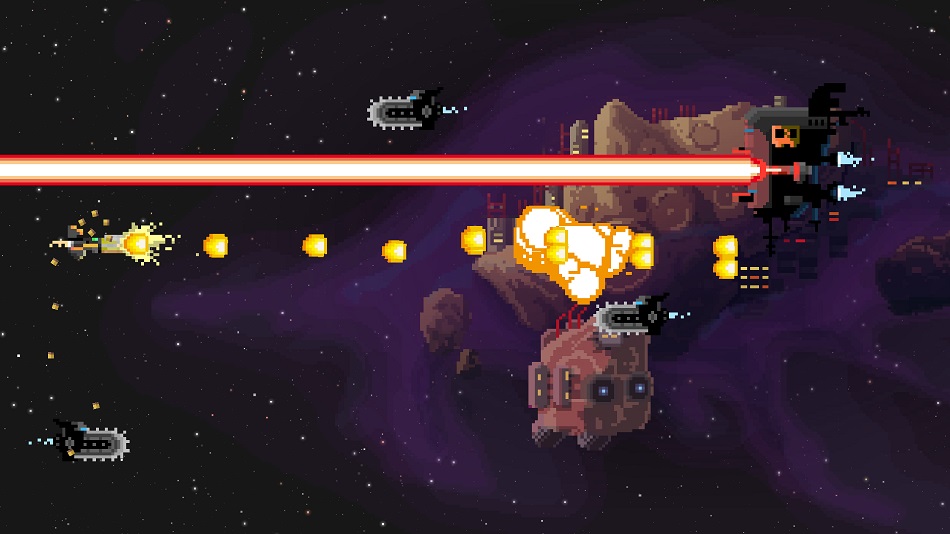 Thankfully, not only does Binary Stars tantalize the senses, it’s also blast to play. It can be tough as nails at times, but I often intended to put in twenty minutes, only to find that the sessions would somehow turn into two hours. Even though my shmup skills are subpar, at no point did I feel like giving up.

Binary Stars is not only a shmup, it’s also takes cues from roguelikes like randomly generated levels and permadeath. I like the implementations overall, but I’d still enjoy having an option to continue from where I died even if some penalties were attached to it, like keeping new ships locked, or keeping my scores off the leaderboards. Just this one small change would allow more players (like me!) to experience the entire game without completely losing the roguelike aspects that it’s designed around.

I may never finish it, but even so, Steredenn: Binary Stars is worth playing, and I will happily play it over and over again. Rating: 8.5 out of 10

Disclosures: This game is developed by Pixelnest and published by Plug In Digital. It is currently available on Nintendo Switch. This copy of the game was obtained via publisher and reviewed on the Nintendo Switch. Approximately 5 hours of play were devoted to the single-player mode, and the game was not completed. There is local co-op, but zero hours of play were spent in multiplayer modes.

Parents: According to the ESRB, this game is rated E10+ and contains Fantasy Violence. This is standard shmup gameplay – players pilot a spacecraft that shoots other ships causing them to explode. Pretty safe!

Deaf & Hard of Hearing Gamers: The minimal dialogue that is in the game was delivered completely via text. Most of my gameplay was with the sound off. I did not notice any sound cues that would have helped players. This game is fully accessible.