Not Quite What Dreams Are Made Of 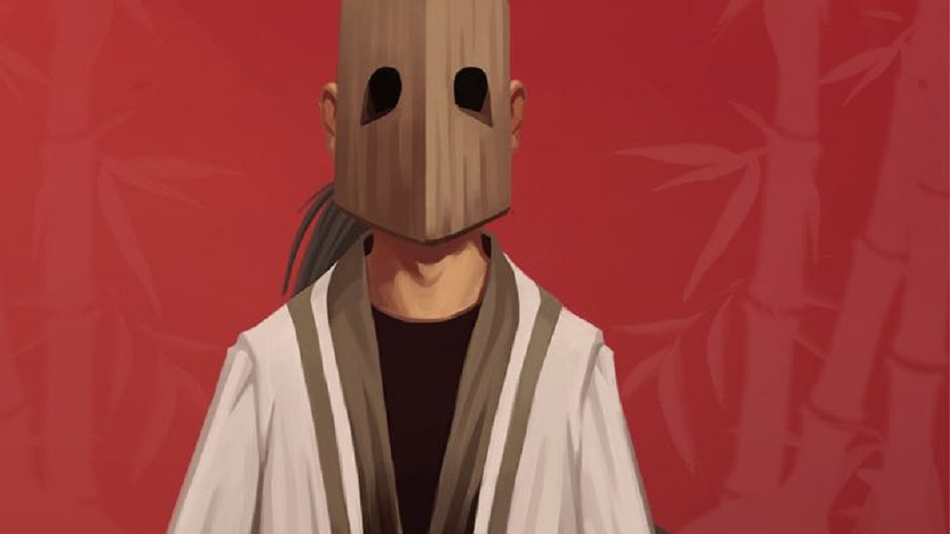 LOW Too many sections slow that action down.

WTF I was not expecting the animation for quitting a level. Yikes!

I’m at a stage in my life where I would rather leisurely stroll through a fantastic digital landscape than grind through a teeth-clenching, sweat-inducing, deathtrap of a game. Shio shows glimpses of greatness, but ultimately becomes too frustrating.

Players take the role of a masked hero traversing his dreams, searching for clues to his mysterious past. Talking to characters scattered throughout each level will further the story, as will finding hidden journals and other artifacts. However, even after collecting over two thirds of the items, the narrative just faded into the background. Shio’s story didn’t do enough to keep me interested – but the gameplay did.

Shio is a platformer so players can expect plenty of running and jumping, but it boasts a unique take on the now-common double-jump action. The masked hero carries a lantern which can be lit by hitting other lanterns scattered throughout each level. Swiping at them gives the player an extra boost to reach higher platforms. 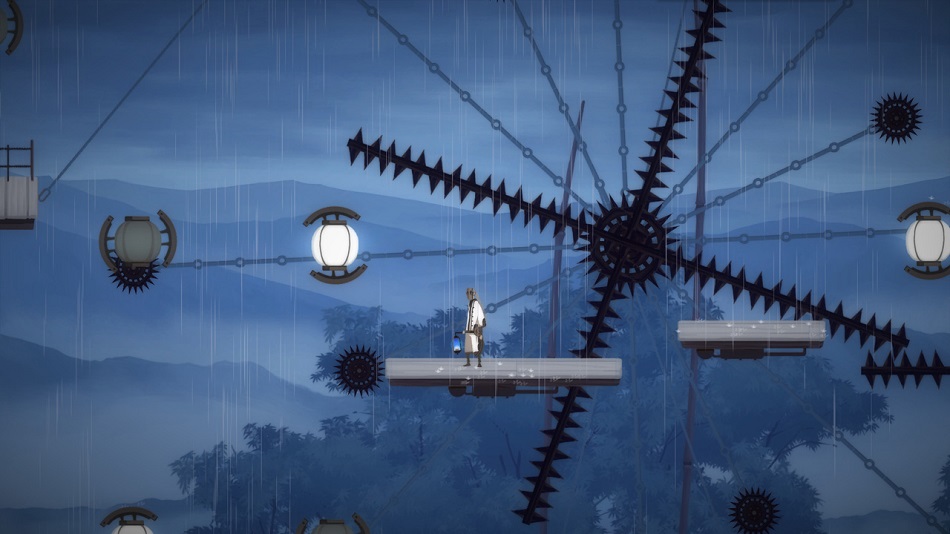 In addition to the standard lantern, there are other varieties as well – some lanterns are broken and only give a small boost, some alternate on and off, requiring exact timing to hit, and others must be swiped repeatedly to open pathways within a level. These other lanterns aren’t as common as the standard ones, but they help keep gameplay fresh.

Players use these lanterns to traverse a tight maze of platforms and deadly obstacles – things like insta-kill spikes, spinning blades, and bottomless pits. Most levels are well-designed and challenging enough that I found myself having to restart numerous sections. Fortunately, there are checkpoints scattered throughout, so rarely did I have to retry a large portion. Even after dying multiple times, I found most areas to not be overly punishing.

That said, Shio seems created for the speedrunning community – hold right on the joystick, hold on for dear life, and time those button presses accurately. When this strategy works, it feels like a well-oiled machine. When it doesn’t, things become overly frustrating. 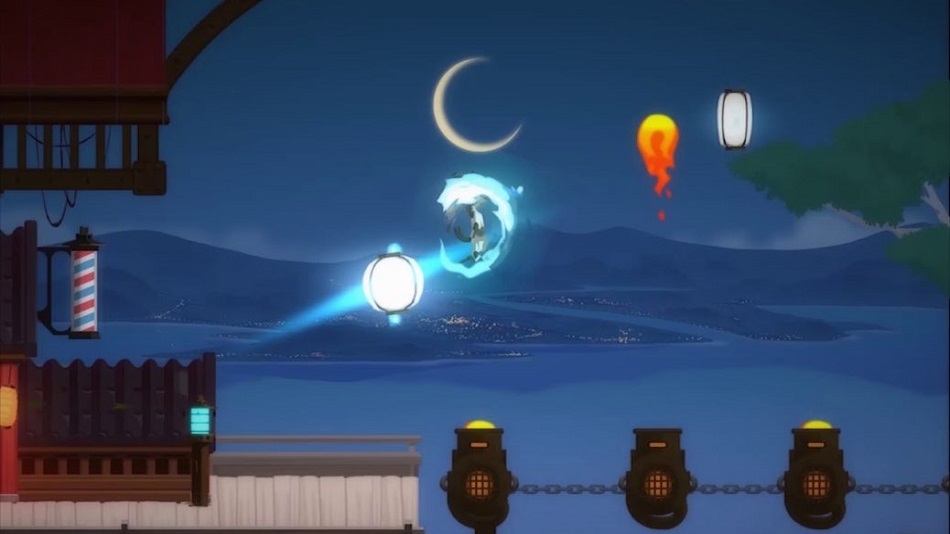 Often a section will require stopping or slowing down because going full speed results in jumping into a death trap. Unfortunately, most of these areas are discovered through trial and error, as there is little warning other than death when they appear. It’s disappointing that these parts exist because so much of Shio seems to go against the idea of assessing a situation — the flow that occurs when jumps are chained and forward motion happens at a rapid pace is great.

Some of this slowdown might have been avoided if there was more than one kind of jump. When the button is pressed, the masked hero leaps at the same height every single time. Doesn’t matter if the button is held or tapped, it’s always the same. This is an issue since there are too many places where I’d jump towards the next platform, only to headbutt an insta-kill spike or jump over the next platform and into a bottomless pit. Varying heights could have made movement more precise and that would have resulted in fewer accidental deaths.

The final level is also problematic since it requires a near-perfect run, and there’s little room for error. Lanterns and obstacles are constantly moving, the masked hero has a slightly unforgiving hitbox, and checkpoints are few and far between. After two dozen attempts with little progress to show, I gave up, disappointed to be so close to the end and still not see the credits roll.

When moving through one of Shio’s stronger, more flowing stages, the difficulty curve is manageable. Unfortunately, the difficulty is unpleasantly noticeable and frustrating thanks to many poor choices in level design and the hero’s inability to move more precisely. Those looking for a challenge will find it in Shio, but me? I’d rather take a leisurely stroll. Rating: 6 out of 10

Disclosures: This game is developed by and published by Coconut Island Games. It is currently available on PlayStation 4, Switch, and PC. This copy of the game was obtained via publisher and reviewed on the Switch. Approximately 4 hours of play were devoted to the single-player mode, and the game was not completed. There are no multiplayer modes.

Parents: According to the ESRB, this game is rated E and contains Alcohol Reference and Mild Fantasy Violence. Most alcohol references are part of the deeper story, found in hidden journal entries. The violence is relatively blood-free, as the main character disappears in a puff of cloud-like wisps when he hits spikes or other deadly obstacles. If the player gives up during a level, the main character will cut off his own hand.

Deaf & Hard of Hearing Gamers: The game’s story is delivered solely through text, both in dialogue and journal entries. Text size can’t be changed. There are no sound cues that assist in gameplay. This game is fully accessible. 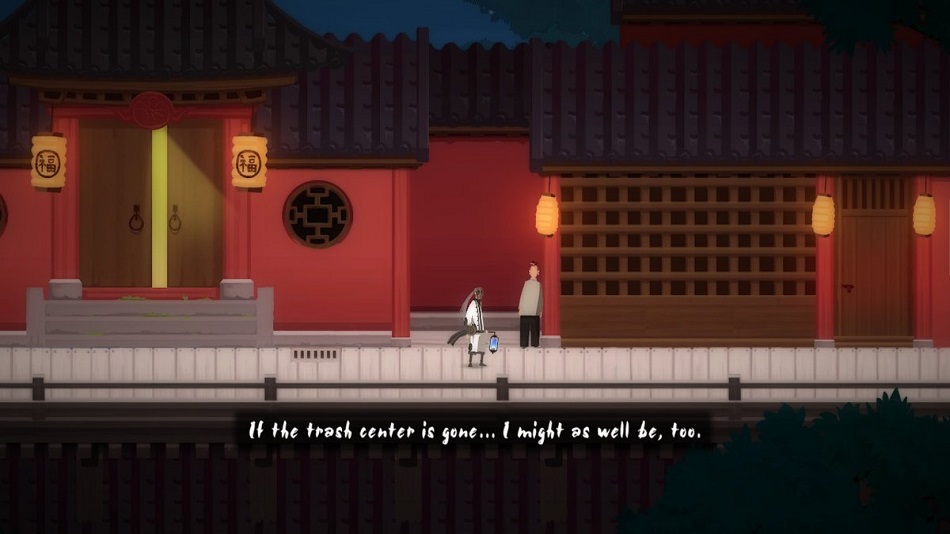 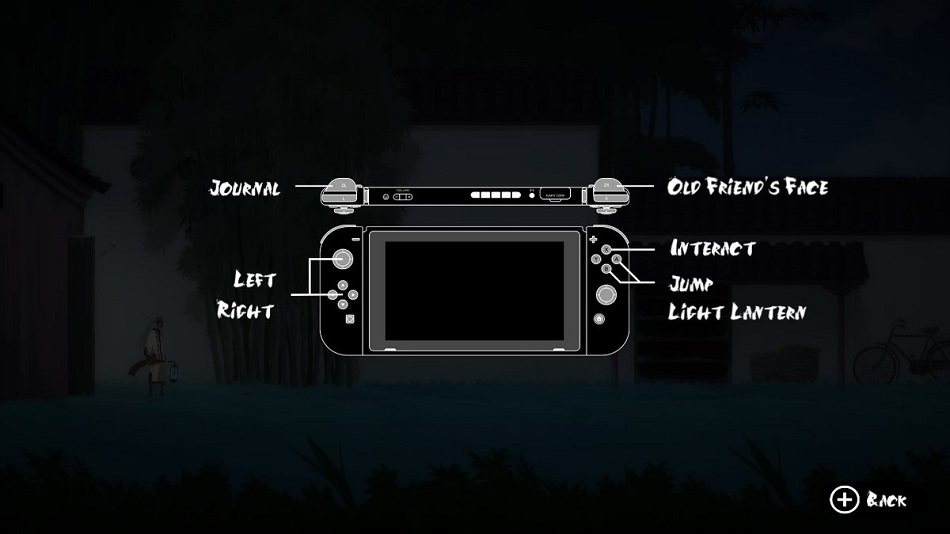