Half Great, All Good 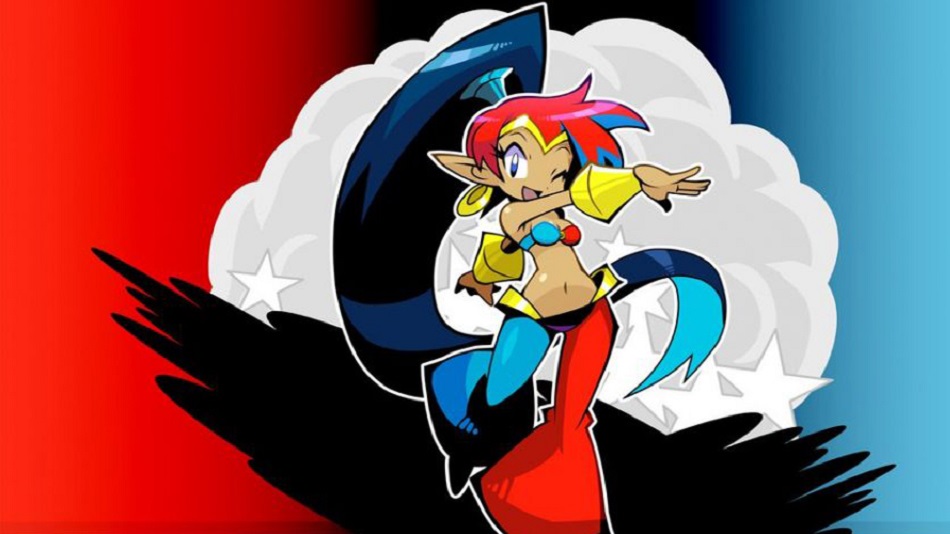 LOW Fighting the same bosses in every mode.

Shantae: Half-Genie Hero Ultimate Edition contains the original 2016 platforming adventure, Half-Genie Hero, and all its DLC – it’s a total of eight modes featuring Shantae and her friends, a new dancing transformation, and even a couple of alternate costumes.

The best of the collection resides in Shantae’s main campaign (including Hero and Hard Core Modes) and Pirate Queen’s Quest – the adventure of Shantae’s archenemy, Risky Boots. Both take place in the same six levels scattered across the magical Sequin Land. Locales include a coastal city under attack, a mermaid oasis in the jungle, and airships high above the clouds. These levels boast great layouts, multiple pathways, and plenty of secret locations to find. Each set of levels are also anchored by massive boss fights with the right amount of challenge – they aren’t a walk in a park, but they’re not tough as nails, either.

Shantae and Risky have slightly different (yet distinct) moves to tackle each stage. Shantae has her signature hair whip and magic spells. She also transforms into other creatures, like an elephant or mermaid, to reach new areas and locate secrets. Risky’s attacks are primarily weapon based – she relies on her sword and pirate’s pistol to fight enemies. To reach distant platforms, Risky can use her hat to float after jumping. Shantae’s moves are great, but the transformation process slows down the flow of gameplay just a bit. Risky’s moveset keeps the game flowing with few pauses.

Pirate Queen’s Quest also has a slight advantage over Shantae’s. Both modes require some backtracking to find items needed to progress, but Risky’s seem less laborious — retracing steps isn’t as frequent, and rarely does Risky return to the same level more than once. In Shantae’s, I couldn’t shake the feeling that I was revisiting levels three and four times just to needlessly pad out the playtime. 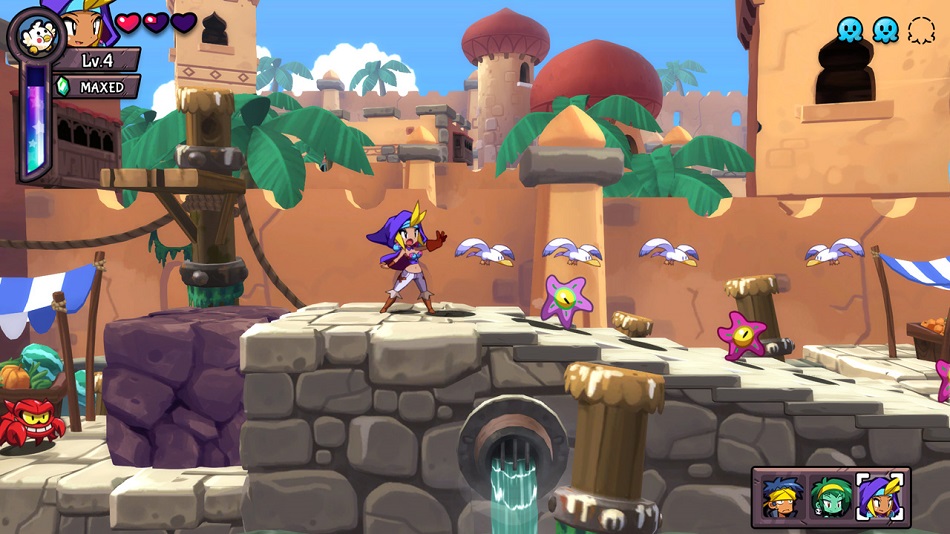 The other modes have sparks of greatness, but it’s obvious that these were originally just DLC. The two standouts in the bunch are Friends To The End! And Officer Mode.

In Friends To The End! players take on the role of Shantae’s three friends, Rottytops, Sky, and Bolo. Each has a unique ability — Bolo has a chain hook, Sky can make platforms, and Rottytops the zombie can “teleport” around obstacles by chucking her head past barriers. Her body then goes through the ground and reunites with her head! The three unique abilities are a great change of pace, but unfortunately, like Shantae’s animal transformations, switching between each character slows exploration down.

In Officer Mode, players assume the role of Officer Shantae. She has only one attack — a blaster gun — but also a fantastic new ability. By activating the siren on Officer Shantae’s helmet, players can control metal boxes spread throughout the levels. These boxes go into the background or pop out into the playing field with each press of the siren. Players will need to time their jumps and siren wails to move throughout the levels. A misplaced siren means a missing platform, or could even send Shantae flying into the screen! This mode provides enough variation to make its six levels feel fresh, but each time the siren is activated, there’s a short pause which makes gameplay pause just enough to become frustrating.

Apart from what I’ve already outlined, the package also includes Ninja Mode and Beach Mode, both offering Shantae in another costume and slight variations in gameplay, but neither really stood out because players explore the same six locations and fight the exact same bosses. After doing so for the third and fourth time, I was ready for something else.

While the bonus modes didn’t hold my attention for long, Shantae: Half-Genie Hero Ultimate Edition still comes highly recommended based on the strength of the two primary campaigns alone. Rating: 7.5 out of 10

Disclosures: This game is developed by and published by WayForward. It is currently available on Nintendo Switch, PlayStation 4, Xbox One, and Steam. This copy of the game was obtained via publisher and reviewed on the Switch. Approximately 12 hours of play were devoted to the single-player mode. The main game and Pirate Queen’s Quest were completed. There are no multiplayer modes.

Parents: According to the ESRB, this game is rated T for Teen and contains Cartoon Violence and Suggestive Themes. When enemies are defeated they often burst into a cloud of dust or fly off screen, though some do crumble into a cartoon skeleton. Shantae and other female characters wear skimpy clothing. While playing Risky’s story, scenes between levels depict the Pirate Queen in a bubble bath, but there is never any nudity.

Deaf & Hard of Hearing Gamers: Each game’s story is delivered via subtitles, but they are not fully captioned. Each subtitle is clearly shown with the speaking character next to the text box. Some lines are spoken by the character and I noticed one or two lines that were not word-for-word. These differences do not appear to change the meaning of the story.  Text size cannot be changed. There do not appear to be any sound cues without a visual accompaniment. The game is fully accessible. 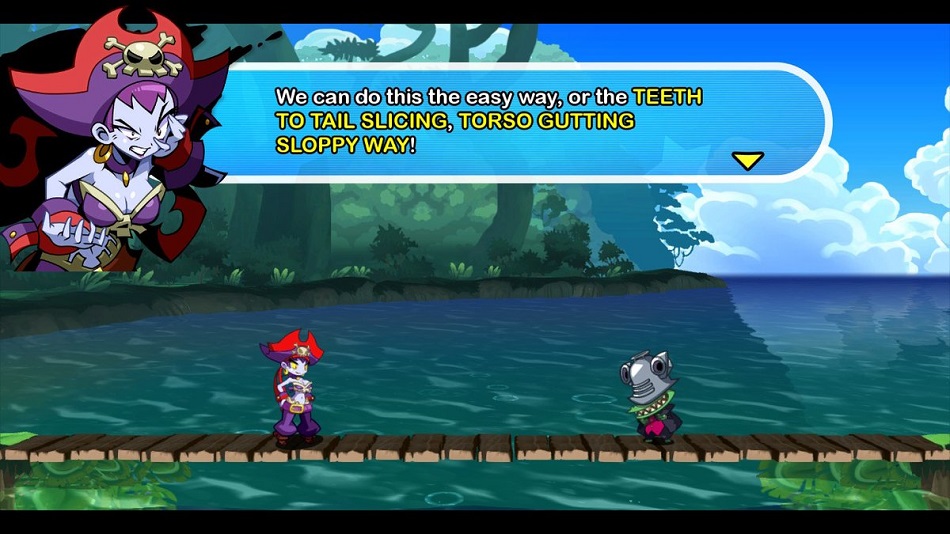 Remappable Controls: No, this game’s controls are not remappable. There is no in-game controller diagram. Each game mode has slightly different attacks, but most controls are similar throughout the different campaigns. Characters move with either the left stick or left-pad. Y is used to attack, B for jump, and X makes Shantae dance to transform into other creatures. Magic can be used with either the A or R button and ZL or ZR can be used to switch between magical items.