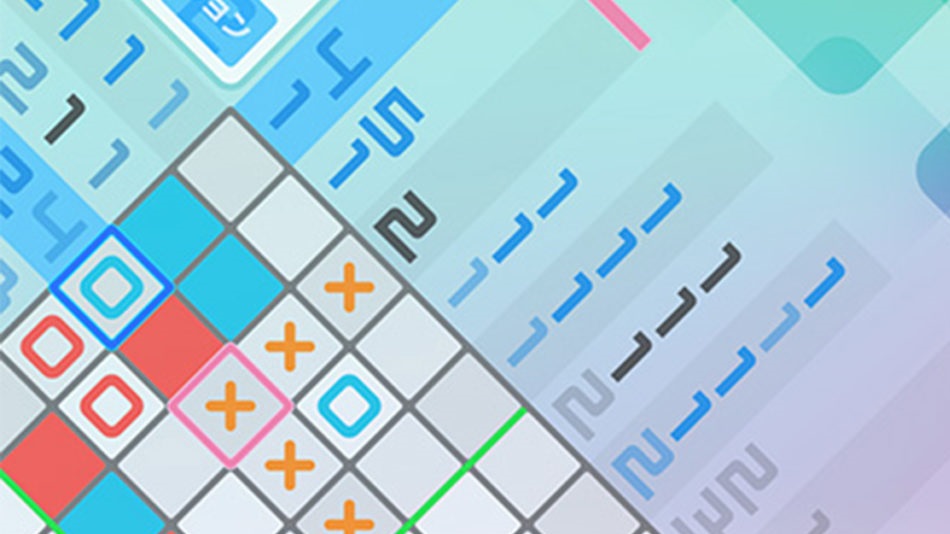 LOW Having a puzzle nearly completed, but unable to locate one minor mistake!

WTF The electrical outlet puzzle is just a glorified rectangle

Picross is back, this time on the Nintendo Switch.

In this release, players are tasked with solving nonogram grid puzzles ranging in size from 5×5 to 15×20. Each row and column contains number clues that tell players how many squares need to be filled in, and how many need to be left blank. Solve the puzzle correctly and a basic image will be revealed.

It’s a simple concept that becomes more complex as puzzles increase in size, but little has changed since the series debuted on the Game Boy over twenty years ago. This is good news for puzzle lovers, just don’t expect much else.

Picross S features 150 unique puzzles which can be solved in any order. Those new to the game can start with the simple puzzles, whereas vets can jump right in to the difficult offerings. Returning to the series are assistance tools for stumped players like hint roulette at the beginning of each round. Having played numerous versions before this release, I turned off the hints for many of the puzzles, but I did appreciate having them late at night when I was too tired to figure out where to start. 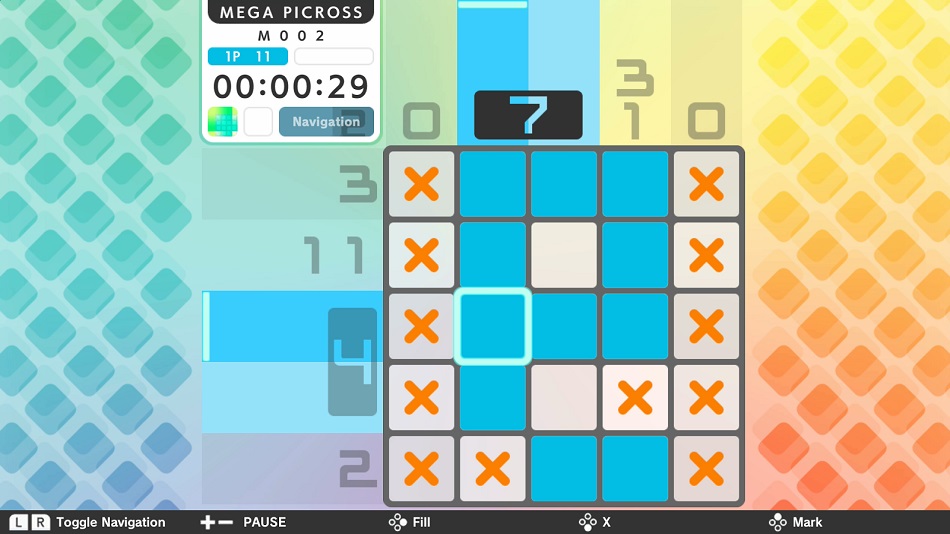 While Picross S makes no drastic changes, one pleasant addition can be found in its two-player mode. Each puzzle can now be solved with a friend, so I coaxed my wife into playing with me. She’s new to the game, so this mode allowed me to model how puzzles are solved and we could complete them together. With no set rules, more experienced players can use two-player mode competitively. Onscreen, player one and two are identified by the colors red and blue. Once a puzzle is completed, a final tally displays the number of squares each player filled in.  While these are the only stats kept for two-player mode, it’s a welcome add.

One thing Picross S does not include is touchscreen controls. Picross DS (released ten years ago!) featured touch controls that complemented the laid-back puzzle solving found in the series. Picross S begs to have the same input, but alas, touch controls are absent. Using the controller is precise and does not deter from solving puzzles quickly, but it is a minor disappointment.

Another disappointment is “Mega Picross”. These puzzles take the same basic concept, but include clues that span two rows at once. While I’ve never been a huge fan of the Mega Picross concept, it does offer a unique logic challenge. The problem in Picross S is that these Mega puzzles don’t offer anything new. I played through ten in the Mega section and each one was a picture taken from the standard puzzles. After seeing this repetition, I had little motivation to continue with the remaining one hundred and forty. Different Mega images would have gone a long way to encourage completion of this section.

Even with no major changes and some minor issues, Picross S is a satisfactory, affordable puzzle game. Not much else needs to be said. Rating: 7.5 out of 10

Disclosures: This game is developed and published by Jupiter Corporation. It is currently available on Nintendo Switch. This copy of the game was obtained via paid download and reviewed on the Switch. Approximately 15 hours of play were devoted to the single-player mode, and the 150 main puzzles were completed. 30 minutes were spent in multiplayer mode.

Parents: According to the ESRB, this game is rated E for Everyone and contains no objectionable material. Everything is pretty tame – the player creates blocky images with minimal detail.

Deaf & Hard of Hearing Gamers: The background music does not provide any clues or hints needed to solve puzzles. All menus are text-based, with relatively large print.

I don’t get it. Why is it that every Picross game on 3DS, and now on Switch, has had smaller grids than the DS game?