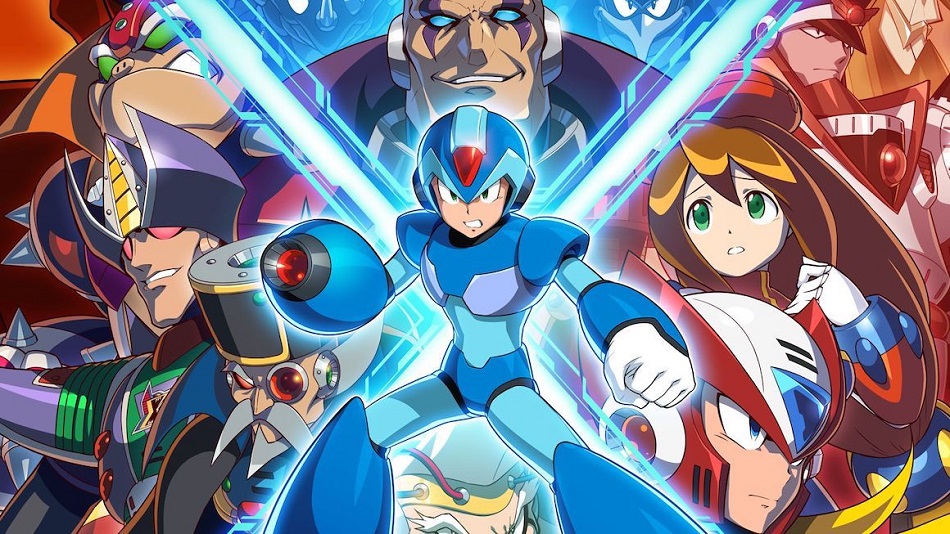 HIGH The first half of the collection.

LOW The second half of the collection.

Mega Man X is my all-time favorite Mega Man game — none of the NES originals come close to the sheer enjoyment that I have when playing this Super Nintendo classic. However, I’ve never tried the other entries in the X series, so it’s great that Capcom has released a collection of them. The bad news? The collection is split into two uneven parts.

All of the titles featured here focus on an updated version of Mega Man (known as X) as he fights against the evil Sigma — basically the MMX version of Dr. Wily. Before reaching Sigma, X must defeat 8 robot Mavericks. Much like the original series, X gains new abilities for each Maverick he defeats. There are some slight gameplay differences from the originals, but the core gameplay will be familiar to anyone who’s played any of the original Mega Man games.

Part one of the collection consists of the first four Mega Man X titles. As a new player, X2 and X3 felt familiar and follow the formula of the first — all offer great graphics, tight gameplay, challenging Maverick bosses, and plenty of hidden secrets to find. Debuting on the PS One, X4 looks slightly different than its SNES predecessors but carries the torch in all other areas. While I did not beat each of these games, I spent most of my playtime in this half of the collection. The original is still my top choice in the X series, but I can see how people might argue for any of the first four.

The same can’t be said for the four games in the second half of the collection, which contains X5, X6, X7, and X8 — these are often seen as the weakest games in the MMX franchise. X6 and X7 are generally considered just plain bad, so I’m not sure this collection will change anyone’s mind, but it’s nice to have the whole series here for completion’s sake. X5 and X8 have some good aspects, but are weighed down by frustrating sections like X5’s hoverbike or the leap-of-faith-platforming in X8. I also found X’s movement here to feel slow and weighed down compared to the earlier games. 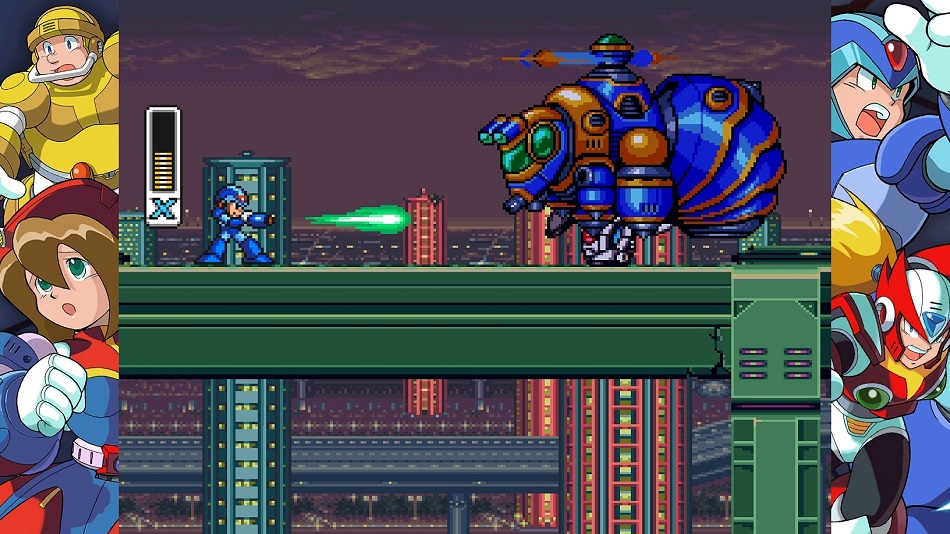 Both collections offer a variety of additional bonuses. There’s an art gallery, music player, and even the ability to watch a short animated segment. Another nice feature is the Hunter Medal collection, which works like an achievement system and gives players medals for completing such tasks as beating a game or defeating a Maverick using a certain weapon.

There’s also a Rookie Hunter mode for each entry — it’s basically an easy mode that reduces the damage X takes each time he’s hit. Players will still have to avoid insta-kill spikes and challenging platform segments, but Rookie Hunter is a great add that allows players of all skill levels to experience games that have a steep learning curve in their original incarnations. This easy mode can be turned on and off at any time, even in the middle of a level, so players can adjust as needed if they find a specific part too difficult.

Perhaps the best addition to the collection is the X Challenge mode. Here, players take on two Mavericks from the various games at the same time!  There’s no change in boss attack patterns, but with everything happening at once it can be very chaotic. However, players who recognize the attacks and know which weapons to utilize should enjoy the challenge. For me, I found the X Challenges to be a little difficult, but still a joy to play.

Other than the quality of the second half of the series, there’s not much to be disappointed about, although I will say that the save feature is lackluster. Early titles in the X series relied on a password system to keep track of a player’s progress (and they’re still fully functional) but a real save system is now included. This is good, but the problem is that it doesn’t save everything — energy tanks and extra lives are wiped out each time. Also, if a player progresses to the final stages and then has to save, they restart back to the first part. It’s is a minor inconvenience, but an inconvenience all the same.

If the Mega Man X Legacy Collection were just one package, it would come recommended for any fan of action platformers. However, being split into two separate purchases makes a full recommendation slightly complicated. Part one contains four amazing games which should be enjoyed by even casual MMX fans. Part two contains four games that can only be recommended to the most hardcore fans of the series. Prospective customers should figure out where they are on the Mega Man spectrum and act accordingly. Rating: 7.5 out of 10

Disclosures: This game is developed and published by Capcom.  It is currently available on PC, PS4, Switch, and XBO. This copy of the game was obtained via publisher and reviewed on the Switch. Approximately 14 hours of play were devoted to the single-player mode, and two of the individual games were completed. There are no multiplayer modes.

Parents: According to the ESRB, this game is rated T and contains Blood, Cartoon Violence, and Mild Suggestive Themes. Gameplay is relatively safe for most gamers, especially those 10 and older — it’s just standard Mega Man gameplay consisting of shooting robots and watching them explode. Parents may want to screen the cutscenes first, though, especially in the later games that have animated scenes with blood and some mild four-letter words.

Deaf & Hard of Hearing Gamers: All dialogue within the individual games is subtitled, including the animated cutscenes, but text size is not adjustable. In-game scenes show dialogue with the character’s name listed before the text. There are no obvious audio cues that impact gameplay. The extra animated short mentioned in the review does not appear to have subtitles. While the games are fully accessible, because of the lack of subtitles in the animated short, this collection is not fully accessible. 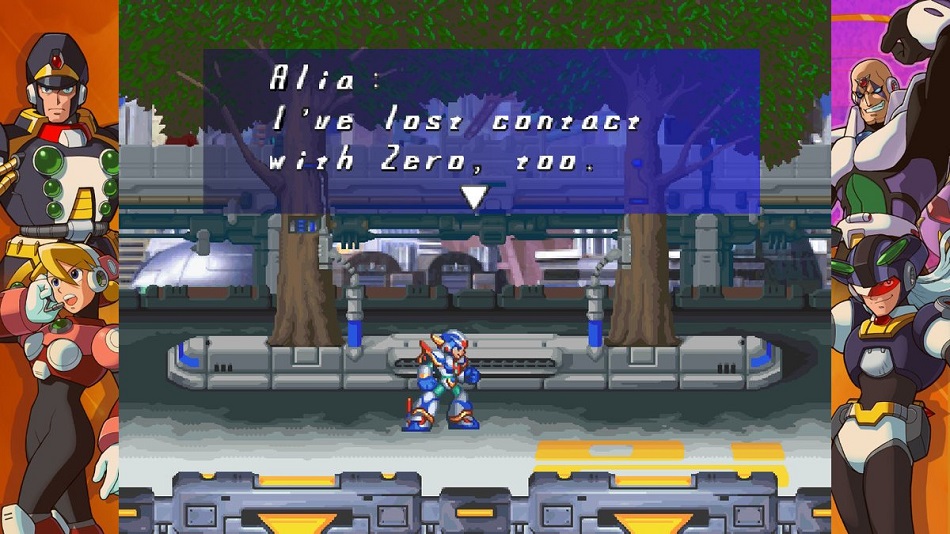 Remappable Controls: Yes, this game offers fully remappable controls. All actions can be mapped to any button, though the ZR and ZL buttons are not used and cannot be selected. Controls must be adjusted for each individual game in the collection and unfortunately do not save. Players wishing to use a different control scheme must change it each time they play. 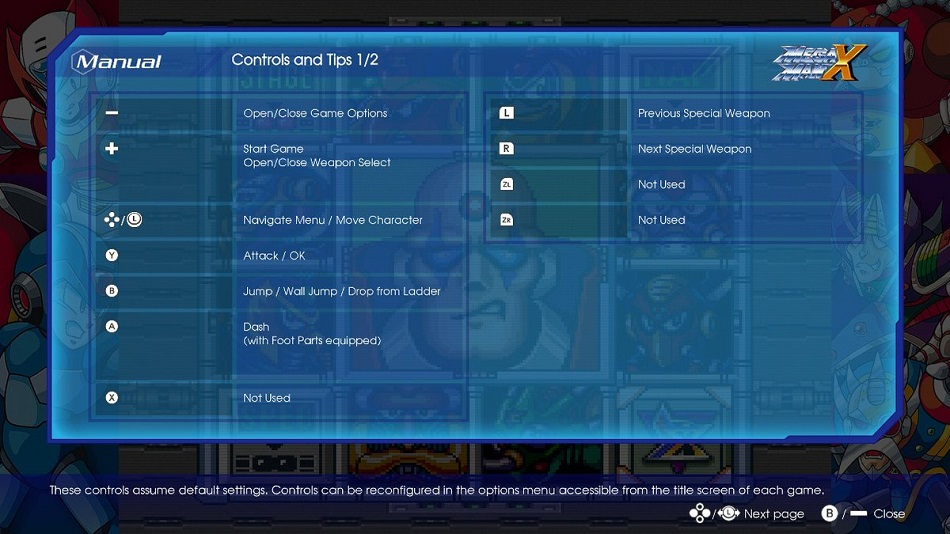