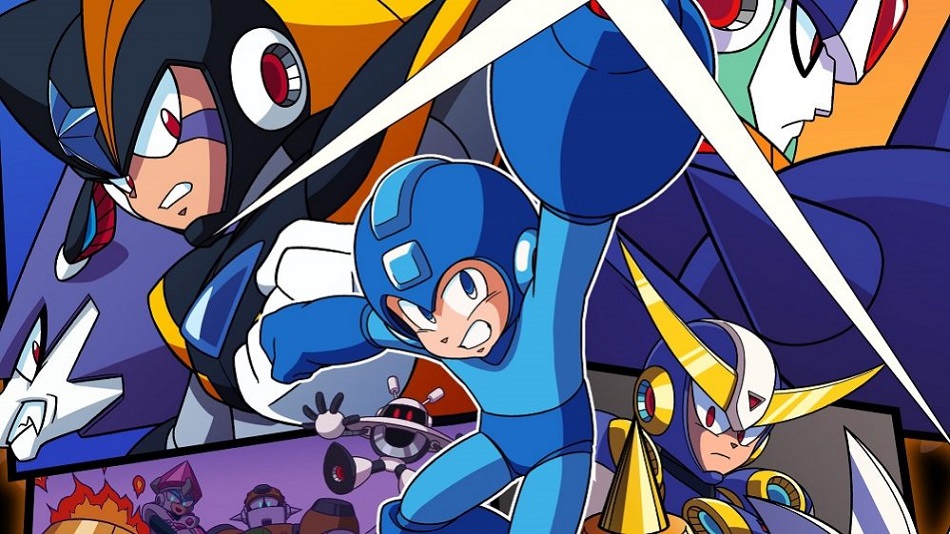 LOW Mega Man 8 should only be part of a much larger collection of games.

WTF Why weren’t these included in the first Legacy Collection?

Travel back in time with me to the year 2004. Capcom is celebrating Mega Man by releasing a compilation of games that contains all eight entries in the series. The collection also includes two lesser-known fighting games featuring different Mega Man characters. This anniversary collection is a fitting tribute to an icon of gaming. Gamers rejoice.

Flash forward to 2017. Gamers once again rejoice as Mega Man is honored with a collection featuring every main game in the original series, plus the fighting games, plus the little known Mega Man & Bass, plus the often-criticized-but-better-than-it-gets-credit-for, Mega Man Soccer! Everything is right with the world. The Blue Bomber reigns supreme once more.

Wait, sorry… that’s actually an alternate timeline outside our own. My bad.

No, instead of the collection of epic proportions listed above, the year 2017 has gifted the world with a four game collection. Just four. Presenting the games left off the 2015 tribute, Mega Man Legacy Collection 2 features Mega Man 7, 8, 9, and 10. Gamers… may not be rejoicing.

Three out of the four games hold up their end of the bargain. Mega Man 7 may not be the best game in the series, but it may be the most underrated and is well worth playing. The ninth and tenth entries are fantastic modern tributes, and still hold up nearly a decade after their original releases. Mega Man 8 is the weak link. As an installment that regularly ends up at the bottom of Mega Man lists, this collection does nothing to change that perspective.

Having missed it the first time around, I was happy to see all downloadable content from 9 and 10 also included in Legacy Collection 2. However, accessing the additional characters and modes requires beating each game or inputting a code on the title screens. As much as I appreciate the old-school code nod, I’m a little confused why this content wasn’t made available and obvious from the beginning. 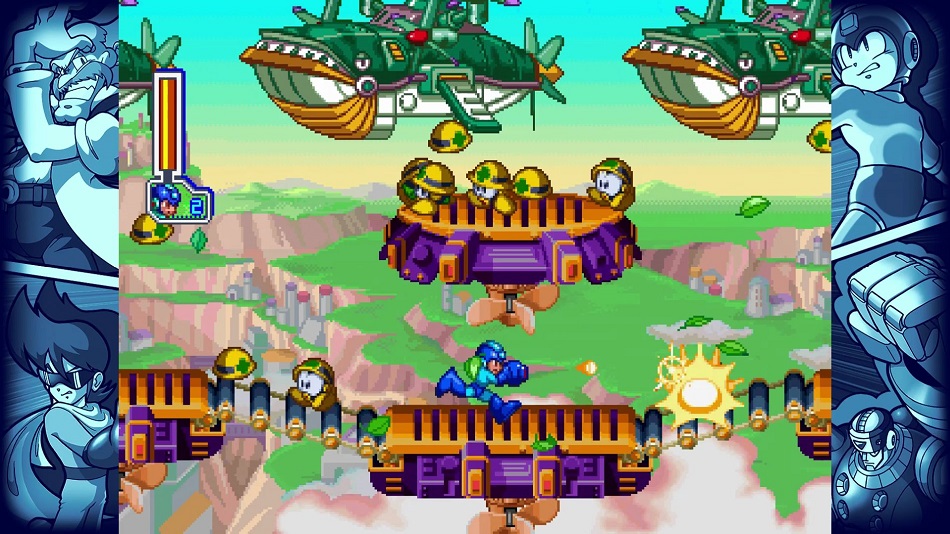 Outside of the main titles, the best features of Legacy Collection 2 are the challenge modes for each game. Numerous challenges have been added, requiring players to race against the clock to beat a mix of different levels or bosses. Additionally, Mega Man 9 and 10 still have the challenges from their original releases, asking players to complete accomplishments like finishing in under an hour or getting through an level without taking a hit – tough even for the best players. Leaderboards have also been included for all four games, letting players flex their muscles against competition around the world.

Legacy Collection 2 also adds a new feature to the Mega Man universe – Extra Armor. This mode could be considered an ‘easy’ mode for a series that’s notorious for lethal level designs and repeated deaths of the title character. Extra Armor does not make the levels easier, but it does give Mega Man half the hit damage, and I found this to be a welcome addition. When I’m not looking for a challenge, Extra Armor allows me to focus on the simple joy of playing as a robot with an arm canon. Hopefully this feature will be included in future Mega Man games.

Even with three excellent games, a fantastic challenge mode, and the Extra Armor option, there are a couple things this release doesn’t do as well as its predecessor.

The save feature from the first game is back, allowing the player to save any time within a level while also keeping all weapons, health, and refill tanks that have been collected. The original Legacy Collection would reload at the exact location where the save occurred. Legacy 2 saves items, but places the player back at a predetermined spot, usually the beginning or mid-point of a stage. This can be frustrating if the restore point is located before a room full of one-kill spikes or any other similar difficulty, forcing the player to get through it over and over again. It’s a shame to see the save function downgraded.

Another downgrade is the digital Mega Man museum – it displays character artwork, but nothing more. In the first Legacy Collection, the museum contained box art and manual scans from both the Japanese and North American releases, as well as a database for all enemies. This was a great feature that gave hints for defeating different Wily creations (including the robot masters) and was useful for determining the order to take on levels. It’s a real letdown to see similar information excluded from the back half of the series.

In the end, Mega Man Legacy Collection 2 contains only a small handful of games, none of which are obscure. Three of those entries are genuinely excellent, but beyond a strong challenge mode and the Extra Armor option, the features in this package are lacking. Maybe one day there will be a truly complete collection, with all the bells and whistles and even Mega Man Soccer. That day is not today. Rating: 6.5 out of 10

Disclosures: This game is developed by and published by Capcom. It is currently available on PlayStation 4, Xbox One, and Steam. This copy of the game was obtained via publisher and reviewed on the PC. Approximately 11 hours of play were devoted to the single-player mode. Only Mega Man 10 was completed. Mega Man 8 was abandoned after four levels. Mega Man 7 still has a multiplayer “Versus Mode” but it was not played nor does it appear to have online support.

Parents: According to the ESRB, this game is rated E10+ and contains cartoon violence. Mega Man has contained the same basic cartoon violence since its inception – Mega Man shoots, robot gets hit, robot explodes, repeat. While I did not watch them all, Mega Man 8’s cartoon-style cutscenes did not contain any blood or death; they are reminiscent of a bad mid-90s cartoon.

Deaf & Hard of Hearing Gamers: All the games contain static cutscenes where dialogue is delivered in text bubbles. Mega Man 8 has video cutscenes with voice acting, but no option for subtitles was found. In Mega Man 7, Turbo Man revs his engine before one of his attacks. This sound cue was not noticed the first time I beat Turbo Man, so while helpful, the engine revving is not a major necessity to beat the robot master. I did not notice any visual tell to accompany the sound effect.

Remappable Controls: Yes, this game offers fully remappable controls. Each game within the collection requires you to change the controls individually.