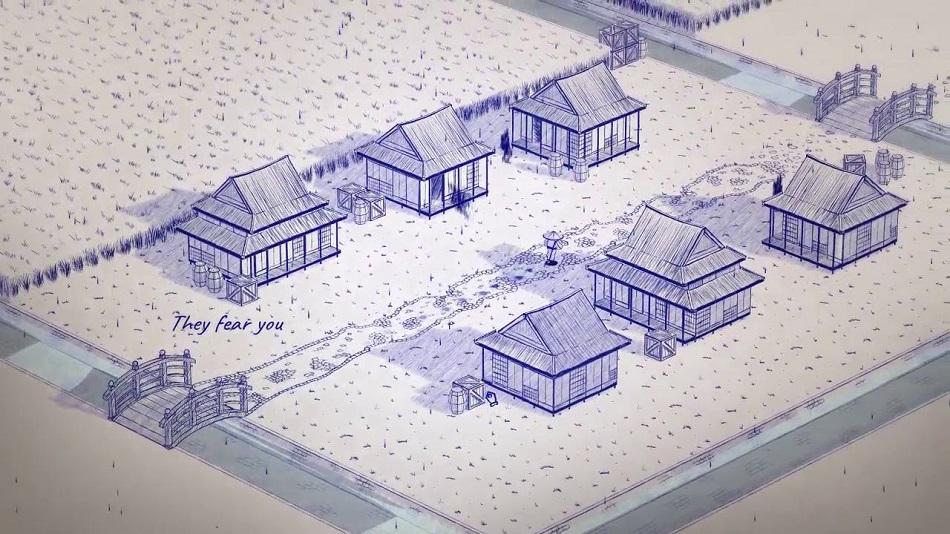 Inked is the story of a nameless hero searching for his lost love. It may begin on a sad note, but it’s gorgeous to look at – every pixel seems like it was freshly-crafted just moments before. In fact, at the beginning of the game, I stared at my screen and marveled as clouds cast beautiful shadows on the ground, water lapped on shores, and raindrops slowly fell. The artistic style is what originally piqued my interest in Inked, and this aspect does not disappoint.

Inked is an adventure with a fixed, third-person isometric perspective. Because of the camera angle, basic exploration is reminiscent of classic 16-bit RPGs. However, even when foes appear, there’s no real-time or turn-based combat. Instead, solving puzzles is the main method in which the hero progresses.

The puzzles within Inked are solved with a swipe of the hero’s pen. While he performs the animation onscreen, players use the keyboard to select from a variety of predetermined 3D objects (like a ramp or a ball) that can be placed and rotated throughout the landscape with a click of the mouse. Players start with the ability to create and place a single prism or sphere, but eventually they can draw multiple objects without erasing. Once multiple items can be drawn, the player will need to rotate, stack, and combine different objects to complete various tasks, such as reaching a higher platform, activating a pressure sensitive switch, or even stopping a killer school bus from running the hero over! 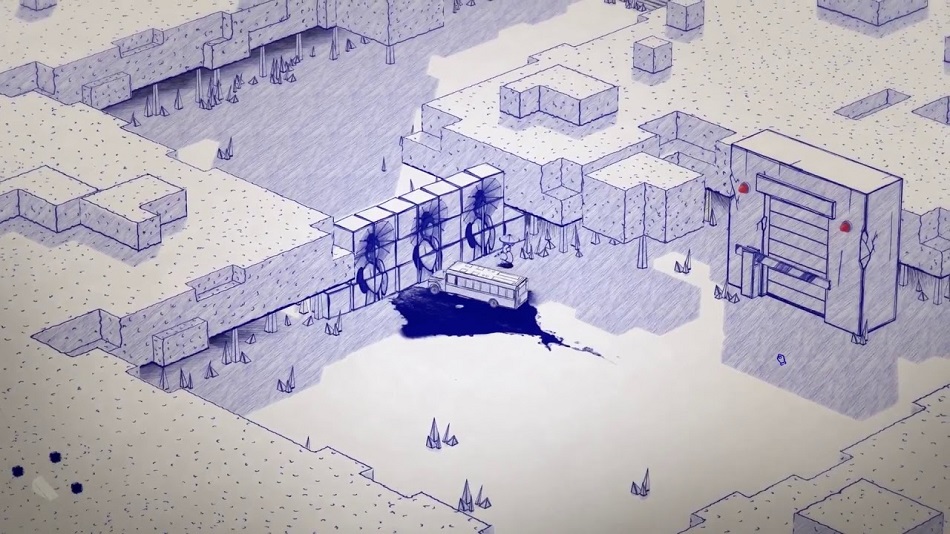 Inked’s puzzles are never too complicated, and most were solved after a little trial and error. However, there were two times that I had to look up a solution. One just required multiple building and erasing steps, so I felt like it was my fault for not realizing what to do. However, the other puzzle seemed to have a peculiar solution – pieces had to balance in a precarious location and I had to make a unique jump to reach the next section. The answer here seemed too far outside the norms that had been previously established, and I’m not sure how many players would figure this out on their own.

In addition to solving puzzles, the hero must overcome obstacles created by the creator of this graphic universe. The creator is the artist who’s drawn these worlds, and part of the story includes glimpses into the artist’s home. At various times the creator becomes angry at the progress of the hero and readjusts the landscape in a variety of ways, like tilting the paper to create a slope with falling rocks, or inserting the aforementioned angry school buses on a narrow passage.

This is a great concept, but it doesn’t always successfully translate into gameplay. During the slope scene, I died numerous times trying to reach the summit because I thought I was standing safely to the side, only to be flattened by a boulder that I was certain was going to roll on by. The isometric view became a hindrance that made this segment more frustrating than it should have been.

In addition to the occasional annoyance from the fixed viewpoint, the controls in Inked are often a source of friction. For example, too many times the character would keep walking after the keyboard button had been released, and jumping was a test of patience as I often had to push the jump button multiple times just to leap once. These input delays resulted in numerous accidental deaths that made the experience more frustrating than it should have been.

After a while, the small things kept adding up and made this potentially great game less and less enjoyable. There will be players who can overlook the issues and complete Inked, but I’m not one of them. Rating: 4 out of 10

Disclosures: This game is developed by Somnium Games and published by Starbreeze Publishing. It is currently available on Steam. This copy of the game was obtained via publisher and reviewed on the PC. Approximately 4 hours of play were devoted to the single-player mode, and the game was not completed. There are no multiplayer modes.

Parents: According to the ESRB, this game is rated E for Everyone and contains Mild Language. Not much to worry about here. The artist character becomes angry every so often, but the language is definitely mild. This game should be fine for most players.

Deaf & Hard of Hearing Gamers: Story is fully subtitled, but text size is not adjustable. No noticeable audio cues are present in game. The game is fully accessible. 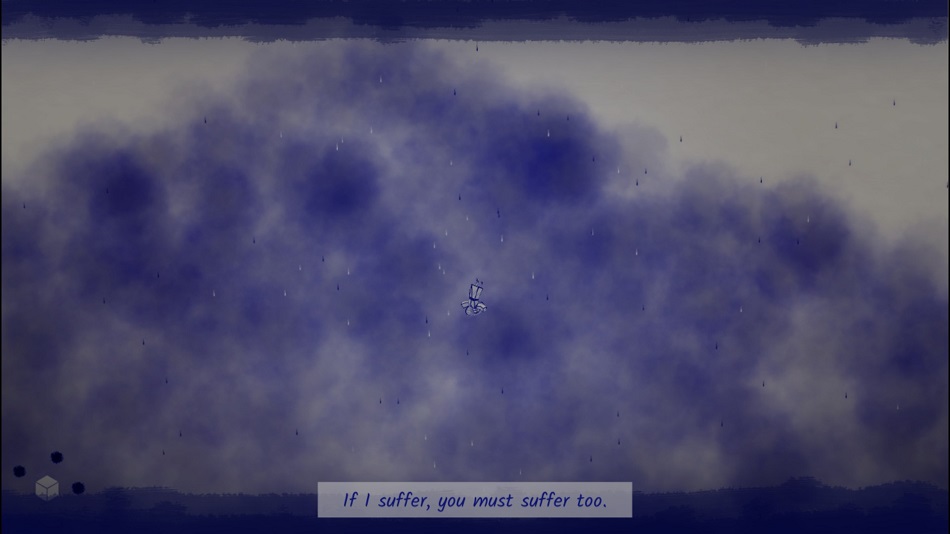 Remappable Controls: No, this game’s controls are not remappable. Keyboard and mouse are the default controls, but there are also options for using a controller. There is a total of four control schemes to choose from. 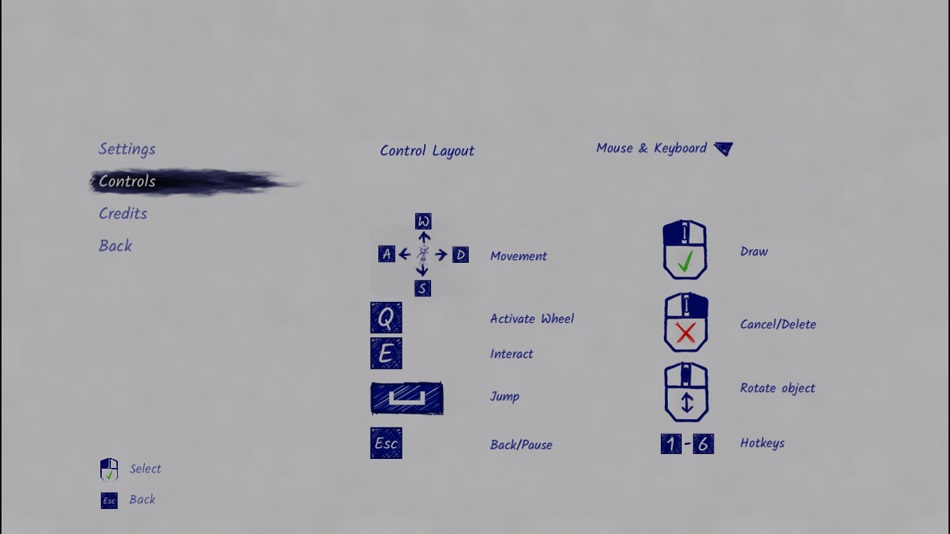