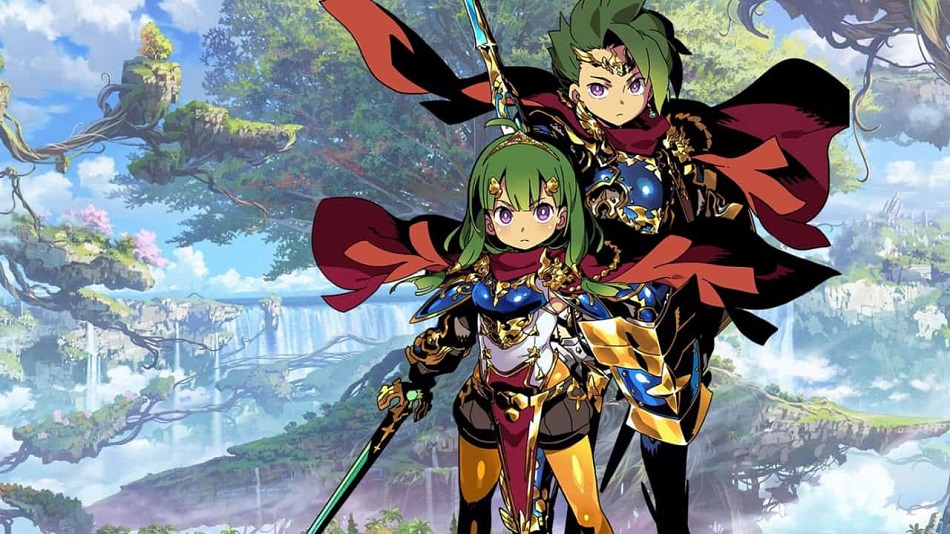 I volunteered to review an RPG. Why do I feel the need to mention this? Because I don’t particularly like RPGs, and have never been a fan. The genre can often feel unwelcoming to those who haven’t played the previous four, six or eight entries, and the learning curves often seem too steep for casuals. However, I’m glad I volunteered for this one because the final Nintendo 3DS entry of the Etrian Odyssey series is a great title for players of all skill levels.

Etrian Odyssey Nexus begins with the backstory of seven trees that helped the world flourish. Of course mankind foolishly destroyed these trees, and their knowledge and power was lost for eons. Now, adventurers roam the planet, searching for the missing resources. Players are tasked with creating an adventure ‘guild’ to explore various regions and map out labyrinths in search of these mythical treasures not seen for generations.

That’s a big task to undertake. Fortunately, Nexus is a first-person dungeon crawling RPG that’s extremely friendly to new players, or those that may feel intimidated by vast arrays of options. Even though I could create a guild of 60 members, after choosing from 19 different classes that all allow me to customize gender, hair, eyes, and skin for each individual, all of the needed requirements are clearly explained and suggestions are often made on how to complete each task. There’s also little need to create a party that large, as only five members can go out and explore at any one time. 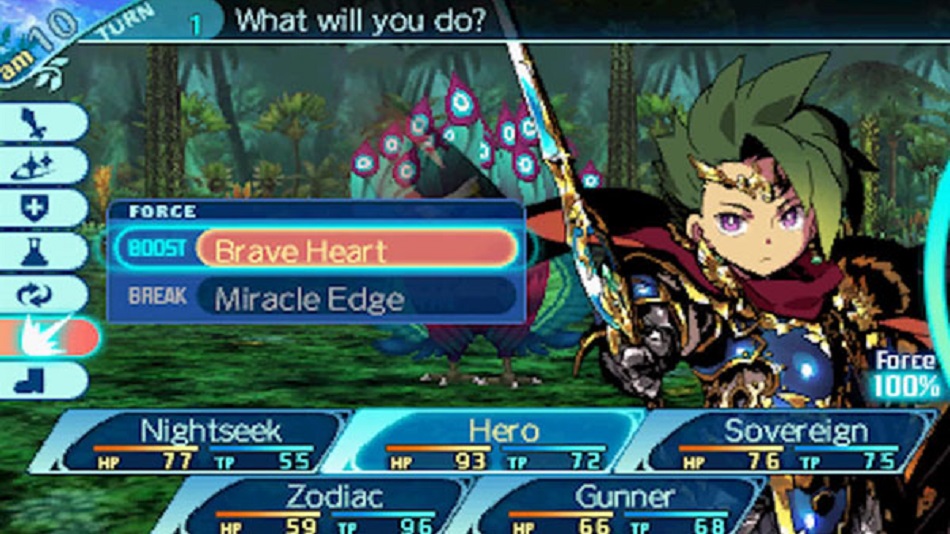 Etrian Odyssey Nexus offers four levels of difficulty. There are the usual Easy, Normal, and Hard modes, as well as the one that I chose — Picnic! This is the easiest mode, but it doesn’t skimp on content or story, and players still have plenty of options to challenge themselves without missing out on the action and story. Once a party is created to one’s liking, various missions are received from two of the NPCs in town, the bartender and the princess.

Most missions require players to head into labyrinths to find a person or item, as well as to complete a detailed map of that region. While on those missions, player will partake in classic turn-based RPG battles against animals with just a hint of fantasy features, like armadillos that can heal other creatures, or hostile plants like the sentient, walking, coconut-shooting Cannon Palm! The enemies have solid designs, though just a couple hours into the game I began to see the same three or four enemies a little too often.

As for the actual battling in Nexus, the majority are random occurrences, popping up while traversing the map. Larger, more powerful enemies are seen on the exploration screen and indicated on the map with an arrow icon. These larger enemies can often be avoided by moving in certain directions, but sooner or later most will need to be defeated to progress further.

In combat, players can select from a variety of options like attacking, defending, changing formations, or utilizing specialized skills for each character. There are also options for making the fights automatic. The exchange is still turn-based and the player witnesses each move, but the few times I selected this option, I didn’t have to press buttons or make choices. This auto mode can be freely switched on or off at any time, even mid-battle, so it’s a great option to have when stuck or in a hurry.

Another key component in Nexus is mapping each area. The map options are abundant and this has historically been one of the highlights of the Etrian series. The lower screen of the 3DS is a grid representing a floor of a dungeon. Using the stylus, I could quickly select various colors to indicate different floor types, add icons for large enemies, and create clear, easy to understand symbols for secret passages and treasure chests. Mapmaking is my favorite part of Nexus, though gamers who might find such a task to be tedious should be aware, it plays a large role – many missions require mapping and reporting the information. 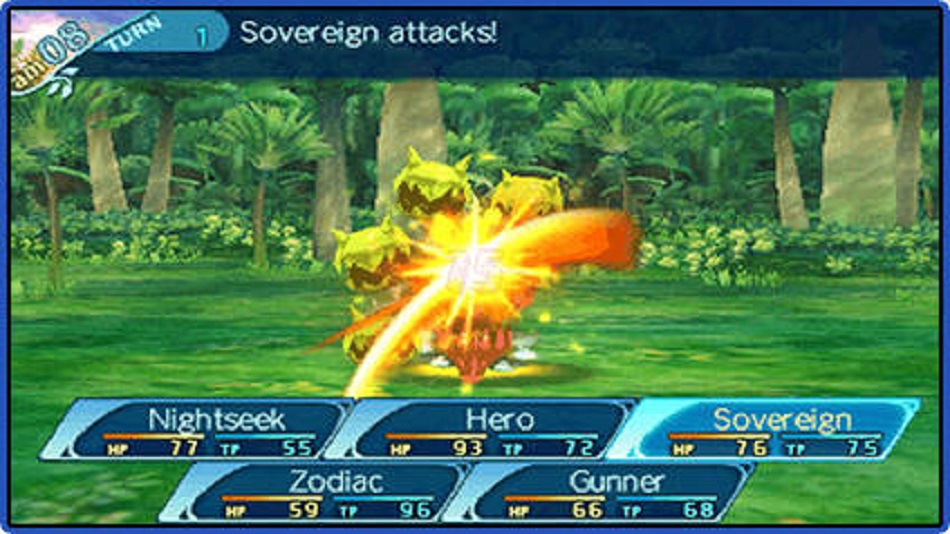 However, to help those who might not enjoy creating the map, Nexus also offers auto-mapping options. One option completes the basic path, but walls, secrets, and other information need to be added by hand. The other option is “full mapping” and will complete the map as the player moves around. However, I didn’t find full mapping to live up to its name — too many parts were still left out! I stuck to the to mid-range option and added my own details as I explored.

Other than a lackluster auto-mapping function, I didn’t find much to dislike about Nexus but my biggest complaint has to do with the 3D effects. When it works, it creates a wonderful, shadowbox-like effect. But, it doesn’t work that often – it was common for the 3D to blur and regain focus. My eyes regretted every time I attempted to utilize the feature, but fortunately, using 3D is not required.

The vast array of options in Etrian Odyssey Nexus could easily scare away players who are unfamiliar with or who dislike RPGs, but Etrian Odyssey Nexus is welcoming to all skill levels and would be a great starting point for players new to dungeon-crawling RPGs. It’s also an enjoyable and fitting send-off as the series’ last installment on the 3DS. Rating: 7.5 out of 10

Disclosures: This game is developed by ATLUS and published by SEGA It is currently available on Nintendo 3DS. This copy of the game was obtained via publisher and reviewed on the Nintendo 3DS. Approximately 16 hours of play were devoted to the single-player mode, and the game was not completed. Four main dungeons and a handful of side quests were finished, with a total of twelve maps being completed. There are no multiplayer modes.

Parents: According to the ESRB, this game is rated T and contains Alcohol Reference, Fantasy Violence, Mild Language, and Suggestive Themes. Attacks are indicated with a flash on top of the enemy and death is represented by fading away. No visible bloodshed is present. A bartender is the main person for sidequests and often mentions drinking various types of liquor. The worst language I encountered was a character using the word damn. Unsure of the suggested themes, but the ESRB website notes the revealing outfits of some female characters.

Deaf & Hard of Hearing Gamers: The game is fully subtitled, with all dialogue delivered solely through text boxes. Character names and models accompany the dialogue boxes. Many characters make non-English, verbal comments as part of the dialogue, but these do not impact gameplay in any noticeable way. The game is not fully captioned, but most actions seemed to be included as part of the story – “the guild turned around and a large beast roared as it charged the adventurers”. This game appears to be fully accessible. 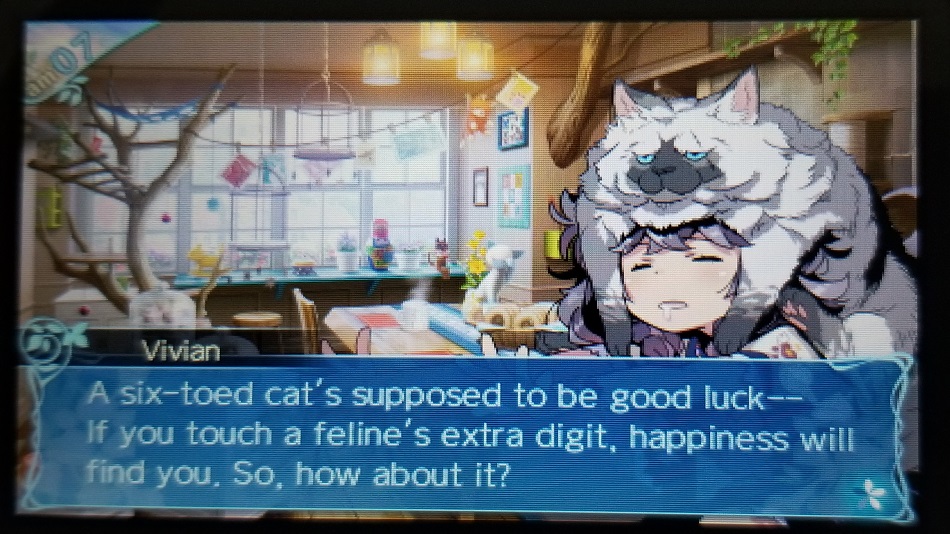 Remappable Controls: No, this game’s controls are not remappable. There is no control diagram. The control pad is used to move around the dungeons and highlight battle options. The A button is used to select an option, the B button is used to cancel, the X button zooms in on the map on the bottom screen, and the Y button brings up the options menu. Mapping is done using the touchscreen and stylus.

RPGs have always been on my radar and a first-person dungeon crawling one is very much welcome.

Etrian Odyssey is one of the game franchises that made the Nintendo 3DS a very memorable gaming platform.

I hope we get some if not all of the Etrian Odyssey games ported to Switch and happily play them on the go.