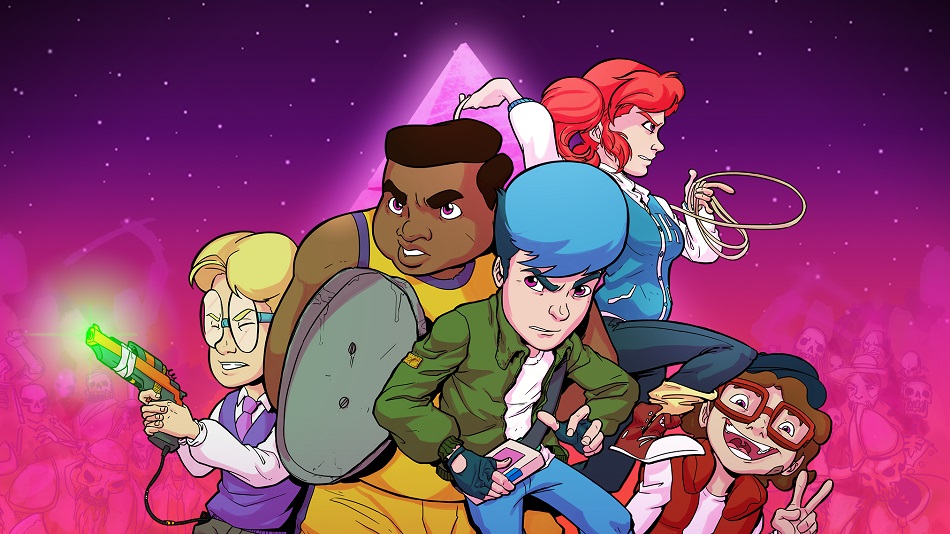 WTF The ending. I’m not sure it was supposed to be humorous?

Crossing Souls begins on the first night of summer vacation, 1986. Chris Williams wakes up to discover his younger brother Kevin has snuck out of the house again. However, Kevin hasn’t gotten too far, as he radios over the walkie-talkie to get the gang together to meet him at the treehouse in the woods. There’s something he’s dying to show the group.

Chris sets off to round up the group in a town made of beautifully pixelated graphics, done in a style used to conjure qualities reminiscent of earlier videogames. Players explore a vast world, including a ghost town and sewers, most of which rely on platforming sections to fully uncover the secrets in each area.

The player soon encounters Matt, Big Joe, and Charlie. Each character has unique abilities like a ray gun, the ability to move large objects, and agile speed. As much as I enjoyed them, I’d rarely select anyone other than Chris, since his well-rounded abilities could accomplish most tasks with little assistance. Chris can jump, move quickly, and is a solid fighter for combat sections — unless I needed Joe to move a box or Matt to shoot a panel with his ray gun, Chris was the one to I kept in command. The last member to join the gang is Kevin — the one eager to show everyone his discovery.

At this point, the player receives a glowing object called the Duat Stone, which allows the player to see the world of the dead – ghosts and spirits who have been living side-by-side with the living all along! However, the Duat also drains the lifeforce from whoever is holding it, so the group devises a way to safely use the stone. The group then begins to interact with different spirits, some of which are friendly and others that wish to do harm. 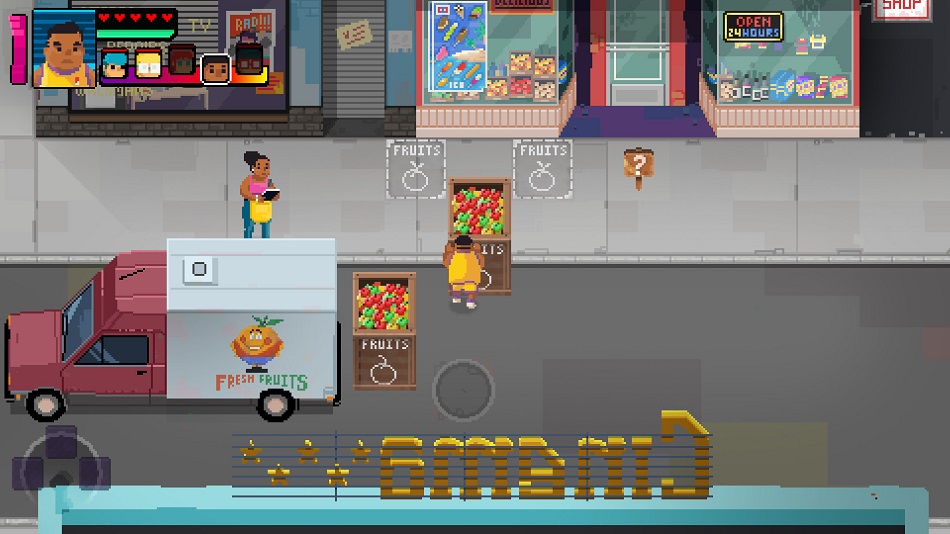 Of course, Chris and company aren’t the only ones interested in the Duat —  I don’t want to give away too much of the story, but the premise and execution are very much in line with the ’80s style that Crossing Souls is trying to channel. The story can be a little outlandish, but I enjoyed the cheese factor in the same way one might enjoy a cult film from the same era.

While there’s much to enjoy about Crossing Souls, I kept running into one major issue. Early on, I noticed that every so often, Chris would run three or four steps towards the top of the screen. At first I thought maybe I had accidently hit my keyboard or that my gamepad had to be recalibrated. Then, the phantom running would happen again and again and again. It quickly became obvious that this wasn’t an issue with input, but a bug in the game itself.

In addition to random upward dashes, the controls in Crossing Souls just aren’t as precise as they need to be. There were plenty of times when a character’s jump was out of sync with the press of my button, or they’d complete the jump and keep moving, walking off the other side of the platform. Because of the control issues, far too much time was spent falling into holes and retrying platform segments. The last straw was when one boss near the end of the game required quick, back-and-forth movement on disappearing platforms suspended above lava. With less than stellar controls, this boss tried my patience and I nearly gave up.

In another boss battle I ran into problems accessing my inventory. Players use the D-pad to switch between flash grenades, bombs, and health boosts, but these swaps rarely went as planned. Sometimes switching would work with a single press, other times it required multiple attempts. I would often lay a bomb when I wanted to fill my health bar, or I’d use a second health item, when I was trying to throw a flash grenade. Inventory items are in short supply, so wasting them or not being able to use them quickly enough became quite aggravating.

Crossing Souls has great style and art direction, and while the plot can be quite cheesy, it’s in a good way. It’s just a shame that poor controls dampen what should be a more enjoyable retro-inspired experience than it is. Rating: 6 out of 10

Disclosures: This game is developed by Fourattic and published by Devolver Digital. It is currently available on PlayStation 4 and Steam. This copy of the game was obtained via publisher and reviewed on the PC. Approximately 10 hours of play were devoted to the single-player mode, and the game was completed. There are no multiplayer modes.

Parents: According to the ESRB, this game is rated T and contains Violence, Blood, Drug Reference, Language, Crude Humor, and Use of Alcohol and Tobacco. The game can be bloody, usually during the in-game cutscenes, but most is just pixelated blood splats. I don’t remember any drug references beyond some characters smoking cigarettes or cigars. Language occasionally includes some choice four letter words, but these are used infrequently. This game is safe for most teenagers, but I would caution letting younger gamers play without some supervision.

Deaf & Hard of Hearing Gamers: All in-game dialogue is delivered through text. Each speaker’s portrait and name are clearly identified next to the speech boxes. Animated cutscenes contain little dialogue, but those that do are subtitled as well. No audio cues are necessary for successful play. This game is fully accessible.

Remappable Controls: No, this game’s controls are not remappable. The PC version does allow for keyboard or gamepad options.