The Fast And The Frustrating 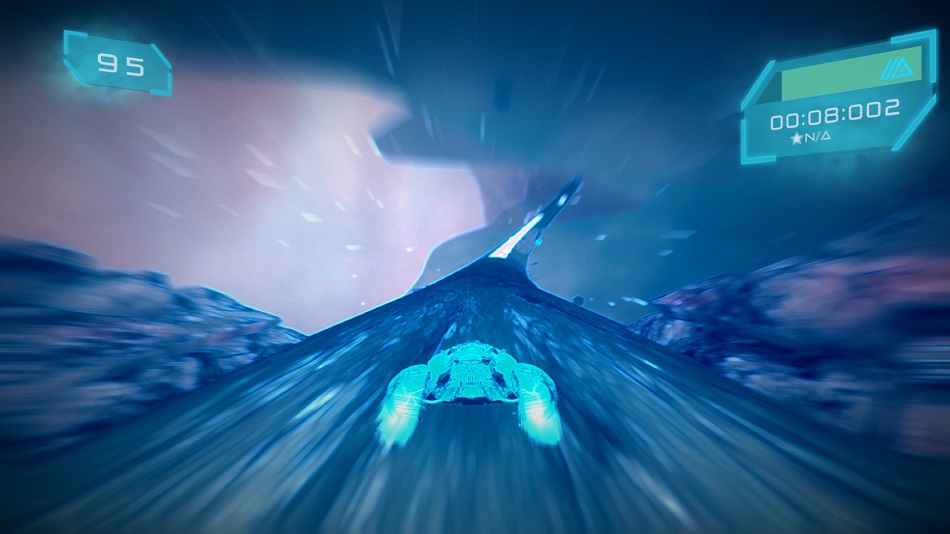 HIGH Zooming around the outside of the pipe levels

WTF There are flying sections but the spaceship crashes when it flies off a track?

Growing up, many games made it into my collection because of fancy box art. Sometimes the games ended up creating great memories, but I often regretted spending my hard-earned allowance. However, good or bad, that game would be played since as a cash-poor kid, I wasn’t heading back to the store for another purchase anytime soon.

Astral Traveler is one of the games that would have caught my eye as a child. Fast moving spaceship soaring down outrageous courses? Check. Shooting lasers at big bugs who return fire? Check. Pits of doom and crashes that end in fiery explosions? Check.

However, it’s not just the younger me that would be intrigued by Astral Traveler – it also checks off many of the boxes I still enjoy today. The difference is that as an adult, my options aren’t nearly as limited. Games these days need to do more than simply be in my collection to keep me playing hour after hour, and this one doesn’t make the cut.

Astral Traveler has a spaceship that zooms down futuristic racetracks at breakneck speeds to reach a warp gate. If there’s a story, it’s too hidden. Even so, the premise is enjoyable enough to not care about a motive. 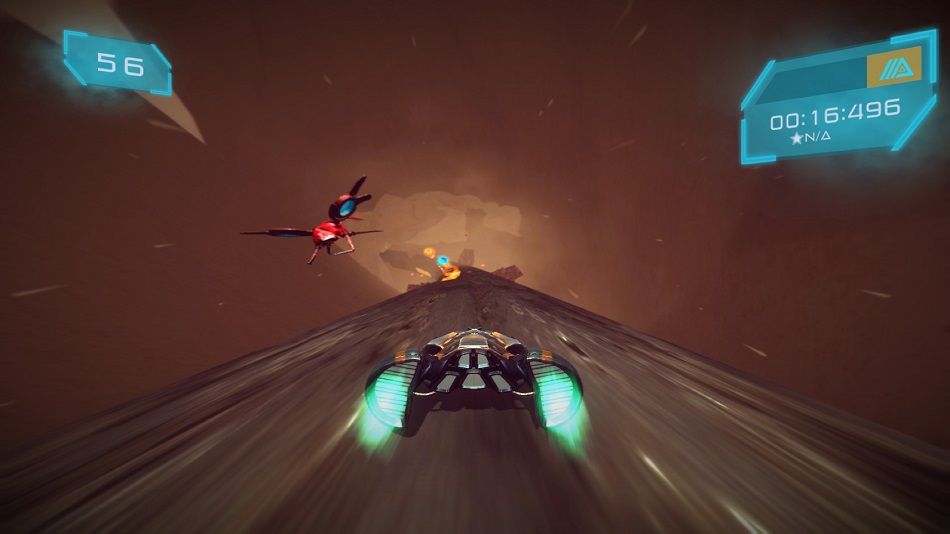 The first few levels are delightfully simple as the ship speeds down a course, avoiding oddly placed rock formations and a handful of cyborg bugs. However, the simplicity and amusement don’t last. As tracks become more complicated, gameplay is soon hindered by poor design choices and lackluster controls.

Astral Traveler encourages speed, but many courses include sections that require a more methodical, slow-paced approach. Certain tracks have tight turns and the tiniest openings that require letting off the thrust to avoid crashing or flying off into the abyss. However, regardless of the speed of the ship, its health bar continues to drain at a steady rate. Going fast is necessary to reach the next health pickup and avoid death, but in tight quarters the risk of crashing into walls and boulders increases significantly. This conundrum wouldn’t be as noticeable if it weren’t for the biggest problem – the controls.

For a game that requires precision, the controls are inaccurate, and at times, unresponsive. Moving left and right on different circuits can be a source of frustration as the ship drifts too far to either side, often sailing off the edge of a track. I could almost learn to compensate for this overdrift if it weren’t for the jumping.

Astral Traveler relies heavily on jumping to move from one part of a track to another, and the courses have sections that are color-coded red to warn of an upcoming gap. Every time I tried to jump from the red section, my ship would sail off course, resulting in a restart. In order to clear holes in the tracks, I soon realized that jumping had to occur before reaching the red area. However, that color signal was often obscured by a bend or dip in the track. Numerous trial-and-error runs and memorization became more important than all other strategies – some courses took twenty minutes to complete, but ended with an official time of less than sixty seconds.

Controls are just too important to overlook in a game, and Astral Traveler’s result in frustrating play. Add in questionable level designs that slow down the ship too often, and the result is that any potential enjoyment is sucked away. My younger self would have been disappointed, but would have kept playing. My adult self knows better, and has moved on to more enjoyable endeavors. Rating: 2 out of 10

Parents: Astral Traveler is not currently rated by the ESRB. Explosions are simple and never graphic or bloody. Poor controls and high difficulty may frustrate young gamers.

Deaf & Hard of Hearing Gamers: No sound cues are made within the game and it does not contain any dialogue. Hints on the stage select screen are delivered via text. It’s fully accessible.

Remappable Controls: This game offers fully remappable controls on the keyboard. Certain functions, like thrust and shoot, are remappable when using a gamepad, but directional movement is restricted to the left joystick and D-pad.