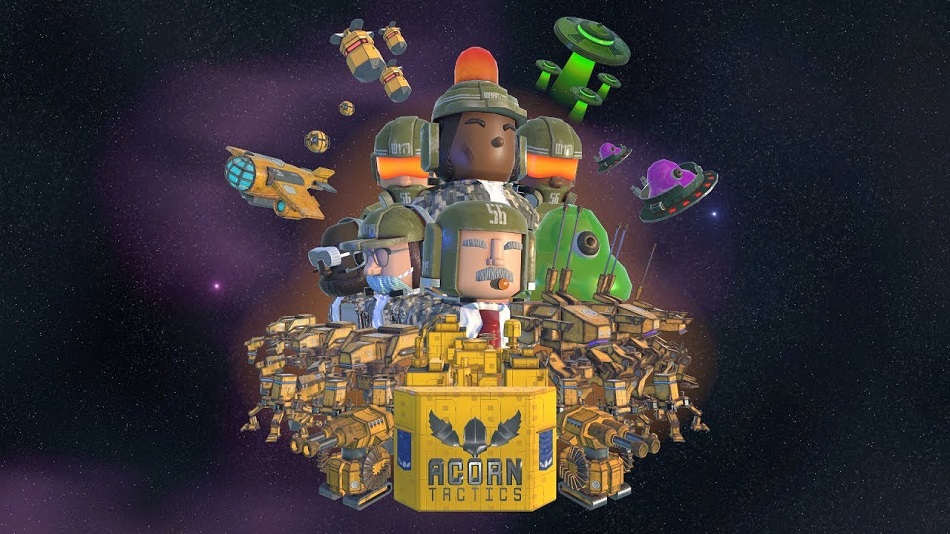 HIGH Having a full team of mechs ready to command.

LOW Waiting for the enemy to attack.

WTF The blobs in blue jeans…

ACORN Tactics is a turn-based strategy game that follows an elite group of mech fighters known as the Alien Counter Offensive Response Network (ACORN). Alien blobs have arrived on a flooded planet Earth and begin attacking outpost stations scattered throughout the massive sea. Of course, it’s up to ACORN to stop the invasion.

Players start by choosing three mechs to take into battle. Machine choices are limited at first, but early missions ease players into the game by teaching the basics needed to progress. With each successful mission players earn credits which can be used to purchase upgrades for each robot, or even to buy brand new mechs, like repair droids or snipers. While I would have preferred six fighters at the beginning of the game, earning the extra mechs didn’t take too long – less than ten missions in and I was able to construct a full team.

Each mech returning from a successful fight also earns experience points that increase the power of that individual robot. These points help tremendously during later stages as the battle-tested units can do more damage and withstand more attacks. Each mech also gives the player different strategies for attacking the blobs, using varied weapons like machine guns, laser beams, or missiles. However, once I unlocked the most powerful mech class, it quickly filled up the majority of my fleet, with a lone repair droid for assistance. 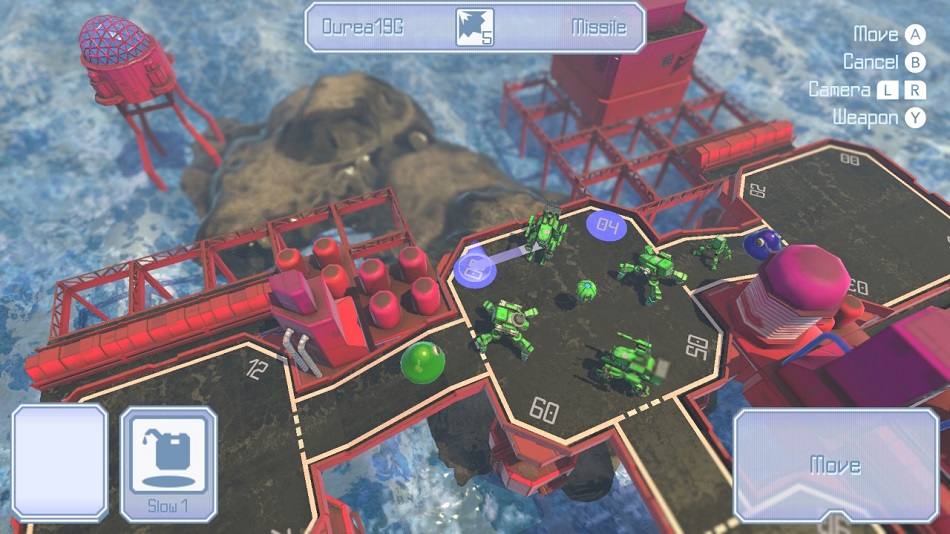 It’s always good when a game gains momentum in its second half. With a full squad of strong fighting machines, the later stages in ACORN Tactics are some of the most enjoyable, but the game is not without its flaws. For one, I never truly understood the movement options of the different machines. Some turns I could move a mech five spaces, but other times the same machine could only move two spaces. Even after beating the game, I’m still perplexed by what determines the number of spaces each mech can move.

Confusing movement patterns could be overlooked during most battles, but the same can’t be said about the pace of ACORN Tactics. Taking time to plan out the attacks of six different machines can understandably be a little time consuming. However, waiting for the enemy to complete its turn should not take the same amount of time. By the end of the campaign, missions were taking around thirty minutes to complete. Unfortunately, ten to fifteen of those minutes was just me staring at the screen as the AI took its sweet, sweet time to attack. An option to allow the AI to move faster would have greatly improved the flow of the game. As is, the battles are just too slow.

ACORN Tactics is an interesting case – it may be the first time I’ve ever enjoyed the later stages of the game and at the same time wished it would hurry up and be over. Rating: 5 out of 10

Disclosures: This game is developed and published by TACS Games. It is currently available on Nintendo Switch. This copy of the game was obtained via publisher and reviewed on the Switch. Approximately 8 hours of play were devoted to the single-player mode, and the game was completed. There are no multiplayer modes.

Parents: According to the ESRB, this game is rated Everyone 10+ and contains Fantasy Violence, Mild Blood, and Use of Tobacco. Mechs shoot a variety of weapons, such as machine guns and rockets. When defeated, mechs explode and enemy blobs go splat, but I honestly can’t recall any blood on screen. Tobacco use is confined to one of the commanding officers who constantly has a cigar in his mouth, though you never see him blow out any smoke from the cigar.

Deaf & Hard of Hearing Gamers: Most of the game was played with the sound off. All dialogue is delivered solely through speech bubbles. Enemies make an alert noise when they notice a mech, but it is also accompanied by an exclamation mark above their head. It’s fully accessible.

The movement range of a unit only changes when it’s in cover. When in cover you can only move one space (get out of cover). All other times movement is normal.