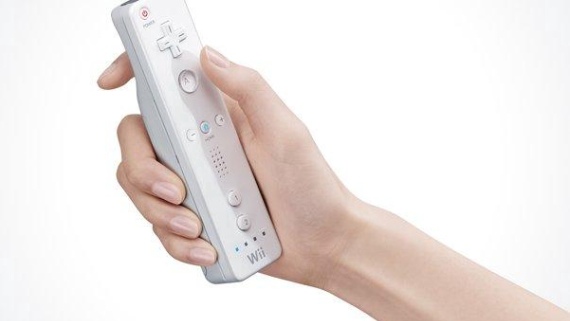 Ever since Dr. Julio Bonis wrote a letter to the New England Journal of Medicine describing a seemingly unique type of soreness he experienced after playing Wii Sports, the term "wiiitis" (as Bonis dubbed it) has spread rapidly through the mainstream press. Despite all this attention, there has yet to be any detailed description of the condition in the scientific literature. That's all about to change, however, with an article in the forthcoming May issue of the journal Skeletal Radiology that closely examines a case of acute "wiiitis" with the help of magnetic resonance imaging (MRI).

The article presents the case of a "healthy" 22-year-old male who reported shoulder soreness after playing a bowling game on the Wii. MRI analysis (see article for pictures) revealed "diffuse areas of increased intramuscular T2 signal intensity involving the posterior deltoid, teres minor, triceps, and latissimus dorsi muscles…. [and] nonspecific edema." Sounds painful. As a result, "The patient was diagnosed with acute wiiitis and was treated with rest, nonsteroidal anti-inflammatory drugs, and a lymphedema wrap for his left arm." So how could something like this happen? From the article:

"[L]ittle resistance is offered by the light 200 g handheld controller to the aggressive maneuvers made by the participant, which may lead to awkward deceleration forces being applied to the upper extremity…. It is likely that, during the deceleration phase of swinging the Wii controller, there is significant eccentric loading on the participant’s muscle groups, causing the ultrastructural damage, as demonstrated in this case."

While it may seem absurd that anyone could actually get injured playing Wii Sports, the authors' suggestion that "awkward deceleration forces" may account for the problem appears plausible. I've often felt a mild but distinct shoulder soreness after playing golf or baseball on the Wii, despite the fact that I exercise regularly and stay in pretty good shape. Although I would probably feel pretty sore after swinging a real baseball bat or golf club (things I don't usually do in my spare time), it seems like the lack of natural resistance offered by the Wii remote generates a peculiar kind of strain.

I doubt I'll ever come close to being diagnosed with acute "wiiitis," but I can kind of understand what the article is talking about. Has anyone else experienced unusual soreness related to the Wii remote's lack of resistance?

First, I have to ask… how old are you people??? I am 48 years old and I play the Wii (bowling, boxing, golf and tennis) with my grandson ALL THE TIME. It sounds like you need to get off your rusty dusty and exercise more. Before the Wii, what other “video games” were you sitting on the couch playing???

The object of the Wii is to exercise while enjoying it. I guess if you were really bowling, boxing, golfing and playing tennis, you’d be in serious trouble (-:

Do that and you’re kicked out of my party, wuss.

[quote=Anonymous]I actually got an inflamed rotator cuff from playing Wii Sports. Sounds dumb and embarressing, but it happened. I had to go to rehab for a month to get it to stop hurting, and yes, it was painful. I know the article talks about the WIIitis, but is there anything we can do to not get it while we play?[/quote]

Use your wrist and not your whole arm in a terrible, gangly motion, nub.

…you are required by all the laws of Greedy Laziness to sue Nintendo for forcing you to hurt yourself playing their horribly and obviously malevolent games! BY ALL THAT’S GOOD AND TRUE IN AMBULANCE CHASING LAW GET TO A GREEDY LAWYER QUICK!

I actually got an inflamed rotator cuff from playing Wii Sports. Sounds dumb and embarressing, but it happened. I had to go to rehab for a month to get it to stop hurting, and yes, it was painful. I know the article talks about the WIIitis, but is there anything we can do to not get it while we play?

Playing with the Wiimote is totally uncomfortable for me, and aggravates all of my RSI issues that are usually not a big deal with regular controllers. The lack of resistance theory makes sense to me, really. using the Wiimote sort of reminds me of how it feels to throw a punch at something and whiff, or to have some sort of power movement go astray at the last moment. I can imagine how the body’s attempt to counter the forces that would normally be stoped by an impact or physical event might cause some problems… interesting read, indeed.