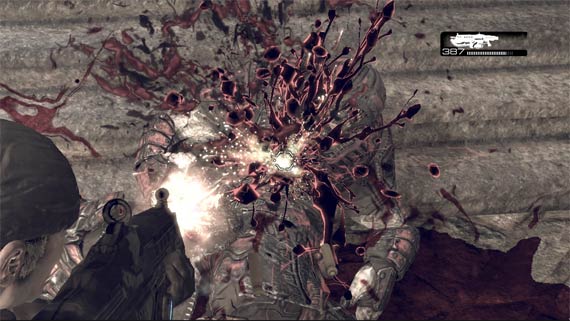 The latest issue of the highly respected journal Psychiatric Quarterly contains a meta-analysis of all peer-reviewed studies published in the last twelve years concerning the relationship between violent videogames and aggressive behavior. The conclusion? While the analysis found some evidence that videogames improve visuospatial cognition, it found zero evidence linking videogames with violent behavior. The article is rather technical, but the author’s conclusion is as clear as day:

"Arguably the larger part of the discussion on violent video games has focused on their effects on aggressive behavior, with some researchers suggesting that the relationship between violent games and aggressive behavior is well demonstrated. Results from the current analysis, however, suggest that such claims are unfounded."

Publication bias occurs when authors are more likely to submit, and editors are more likely to accept, studies with a positive result. If several studies on videogames and violence are conducted but only the studies that show a statistically significant correlation are published—while the rest are shelved—then that creates a bias. This sort of bias has to be taken into account when performing a meta-analysis, which is precisely what the author has done through the use of statistics.

The author focuses only on studies published since 1995 to correspond with the so-called “third era” of videogames in which 3D first-person shooters (FPSs) became prevalent. Since the mainstream media frequently blames school shootings on FPSs, it makes sense to restrict the analysis to this timeframe. The author does not say that videogames do not cause violence, but rather that the current research simply does not support that conclusion, despite its widespread acceptance in the press.

For me, what’s so important about this article is that it debunks the whole videogame violence myth that has been systematically perpetuated by the media. While there may be plenty of studies that link videogames to increased physiological arousal or aggressive thoughts, there is still absolutely no proof that playing games is associated with violent or aggressive behavior. I can only hope that this article will help decrease—if only slightly—the pervasive knee-jerk scapegoating of videogames.

I had never before heard of “publication bias”. Recently, however, I wrote a paper on video game violence for a sociology course, and the amount of studies I found that at least report a correlation between video games and aggressive behavior is extremely high. But you’re saying these studies have no merit? I dunno, they seem awfully reasonable to me considering personal anecdotes (such as mimicking Mortal Kombat moves after playing it and as a result, uppercutting my friend in the jaw). Maybe they did all have “publication bias”, however. Interesting. There are far too many studies that either dismiss… Read more »

[quote=Nathan Spicer] There are far too many studies that either dismiss the correlations or embrace them. I have a feeling it’s somewhere in the middle, where only a percentage of people show an increase of aggressive behavior.[/quote] This is they way with statistical studies, its really hard to show causation. I mean it took decades to show conclusively that smoking caused cancer, and no matter what people say the consensus is on global warming there are thousands of papers that say it isn’t happening. I guess if these things take decades when they are in the public eye, a less… Read more »

I’ve played violent video games and never have I found that it leads me to be more violent.

I am however put off by violence in games myself. I’ve always preferred jumping on evil turtles as Mario or playing strategy games online against others. 🙂