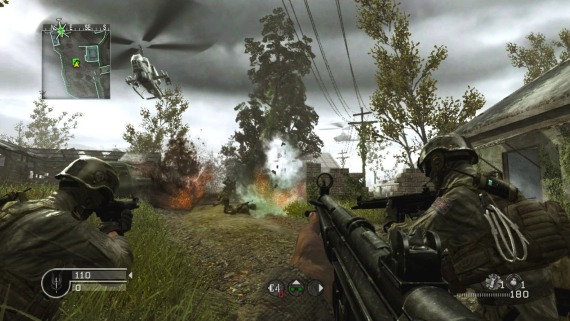 Is it valid to judge a game by its length? I don't hear people criticizing books for being too short (except maybe Harry Potter fans) or giving a movie a thumbs down because it didn't last long enough. I don't hear people arguing that the Mona Lisa would be a better painting if only it were bigger. I do, however, hear this type of criticism thrown at videogames. For most players, videogames are regarded as consumable products, like cheeseburgers. For them, longer game translates to better value and (supposedly) better game. For me, this kind of thinking seems not only narrow, but bad for videogames.

Sure, a person could eat six plates of food at a buffet. But is that better than eating a single plate of high quality food for the same price? Maybe it's better if the goal is to eat to the point of puking. But I think most people would agree that when it comes to food, or books, or movies, quality is more important than quantity. Why the heck shouldn't this principle also apply to videogames? It didn't used to take 10 or 20 hours to beat most games. Contra can be finished easily in less than an hour with a friend, and Super Mario Bros. can be beaten even faster. It's a point of comparison that most players seem to forget.

Adjusted for inflation, most NES games originally retailed at anywhere from $90 to $100. Compare that to today, where the superb action game Call of Duty 4: Modern Warfare, which retails for $60, is criticized for not being long enough at six hours. The funny thing is that even from a consumerist bang-for-the-buck point of view, COD4 still offers a better value today than Contra did 20 years ago, aside from the fact that it's a much better game. I think it's time to be a bit more broadminded about this hobby. A short but high quality experience is much more satisfying than 100 hours of mediocrity.

I'm not saying that it's never valid to criticize a game for its length. There are many other factors to consider. A role-playing game that takes only three hours to beat would likely be deserving of criticism. But should the same criticism be leveled at a polished and a densely-packed first-person shooter? Sonic and the Secret Rings would have been more enjoyable and focused without the constant level recycling. Heck, I'll even admit that the sublime Resident Evil 4 may have dragged on a little longer than it should have. There are many more examples of this, but suffice it to say that bigger is not always better.

If videogames are to continue developing as an artform, then it will require some willingness on the part of players to be more accepting of experiences that don't necessarily require 10 or 20 hours to finish. Not everyone has the time to play through Zelda or Oblivion, but that doesn't mean these players can't have fantastic gaming experiences that are distinguished not by their length, but by their artistry, emotional impact, and replayability. So long as videogames can be criticized out of hand based solely on their duration, then there's little hope of games earning the type of respect accorded to music, film, and other artforms. That would be a shame.

While you may be able to finish a game like Contra in one hour, in reality it takes a lot more because of the difficulty level and forced restarts. Those old games were about practicing until you were able to beat them – which gives a sense of satisfaction and closure.

Newer games are more about the experience; like an interactive movie. There is no real way to fail an attempt at COD.

As such I think the comparison between the two games based only on length until completion is flawed.

I don’t think a game being short is necessarily a bad thing; but there’s a world of difference between a game being too short and being artificially dragged out. Videogames may be an art form, but they’re still a consumer product and people look at them in terms of value, and their perception will depend on their frame of reference. To contrast Call of Duty, CoD2 was easily a 15-20 hour game (if not longer) with three major campagins representing Russia, United States and Britain. It also included a robust multiplayer mode. So for CoD4 to be just five or… Read more »

A movie 2 hours long costs 20 dollars on dvd. A games 6 hours long costs 60 dollars on whatever. Mathematically speaking that’s about right. Soooo…why the complaints? Although I haven’t heard them too blatantly in regards to COD4 bc of the multiplayer…I heard them all the time regarding Heavenly Sword, a game I absoulutely loved, and could’ve cared less about the length. I’ve just always thought this argument was flawed. I’d much rather have a short visceral experience than a long drawn out okay one. Granted, I love me some long games, but length as a criticism should just… Read more »