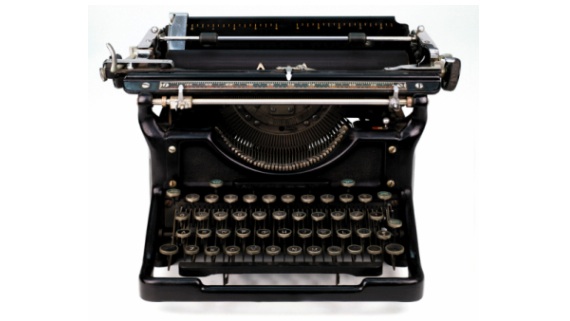 Most anyone who has been playing videogames for any appreciable length of time is well acquainted with the agonizing distress of “dying” in a game and losing several hours of hard fought progress. Usually this happens in the context of role-playing games (RPGs) that rely on “save points”—a system whereby the player is only allowed to save in certain pre-designated spots. Personally, I can’t think of anything more frustrating in videogames than suddenly and unexpectedly perishing in battle and being forced to go back several hours to the last save point.

Save points, and the hazards associated with them, have a very special capacity for generating profound disappointment and frustration. It’s a particular brand of frustration that makes us say things to ourselves like, “Not only have I just lost two hours of my life that I’ll never get back, but I’ve lost two hours of my life doing something that isn’t necessarily that important and now I have to either quit what I’m doing altogether or spend several more hours regaining that lost progress.” Like it or not, save systems have a huge influence on our enjoyment of a game.

I can’t even remember how many times I’ve been in the middle of a game and then been subsequently delayed from switching to an important activity (e.g., coming to the dinner table, spending time with loved ones, etc.) because I couldn't stop until reaching a “save point.” Most game players have experienced countless versions of this scenario. From a flexibility perspective, I’ve really come to appreciate the “save anywhere” systems in titles like BioShock and Oblivion. The difference is not trivial, and it really does affect the quality of a person’s life.

So should all games allow players to save their progress at any moment? Even if this were technically feasible, which it probably isn’t in many cases, would it be desirable? There are certainly benefits, which I’ve already mentioned. But the more I think about, the more I realize that it’s not that simple. My experience playing Super Nintendo games via emulation provides some good arguments against “save anywhere” systems. Although being able to save instantaneously at any moment can be useful, it can also rob a game of its potency.

Playing Yoshi’s Island with an emulator, I can save my game instantly with the press of a button. The major drawback of this is that whenever I make a mistake, I can instantly go back and correct it. Having that kind of omnipotence in the game world certainly makes it easier to see what is on offer; however, it also effectively drains the experience of any sense of weight or tension. Clearly, letting players have such extreme control over a game can destroy the kind of tension that is earned through knowing that it’s not possible to instantly fix every mistake.

In RPGs, I can see how limiting the player’s ability to save could lend realism to the experience. If the character were going to “rest”, he or she would probably do it at a place where it makes sense for the character to take a break—they wouldn’t take a time out in the middle of a battle. This still doesn’t explain why many RPGs put save points in places that seem completely arbitrary. The practice of putting save points before boss battles, for example, is not only utterly meaningless within the game, but it can only be explained by taking the player into account.

I believe that developers should strive to use some kind of “save anywhere” system in their games, unless doing so would seriously damage or “break” the experience. While being able to save at literally any time may be too much, I believe more concessions should be made in the “save anywhere” direction. “Checkpoints” in first-person shooters do a good job of bridging the gap. RPGs should at least let players save anywhere outside of battles. It’s about accessibility. If developers don’t start using more flexible save systems, then videogames will never become truly mainstream.

To play the devils advocate; not being able to save anywhere can actually pay off in the long run. Playing through Devil May Cry 3 on hard, I was completely frustrated at times when I would die at the very end of a boss battle, and have to start the entire stage over again. I broke down a few times; well, by that I mean I broke my controller. The game would genuinely piss me off, but like the tide I always came back to try it again, practicing you can say, over and over until every battle was easier… Read more »

I think the best concession in this regard is the ‘quicksave’ or ‘suspend’ feature seen in most portable games. I don’t see why this couldn’t transition over to the console world. It’s really nice to be able to stop pretty much anywhere in a game like Valkyrie Profile – which I’m playing now – by simply putting my PSP on standby. And when playing through Jeanne D’Arc recently, I took full advantage on more than one occasion of the ‘Quicksave’ feature – which allows you to save mid battle, but once you’ve resumed from that save it’s immediately deleted (hereby… Read more »