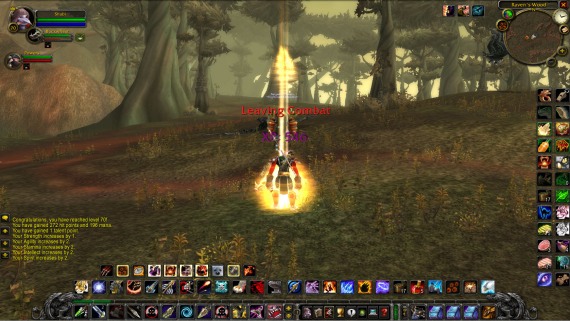 The April issue of the International Journal of Mental Health and Addiction contains a fascinating series of articles on the topic of videogame addiction, and in particular, on the question of whether such a thing as videogame addiction even exists. The centerpiece is an article by Richard T. A. Wood entitled "Problems with the Concept of Video Game "Addiction": Some Case Study Examples." Wood's article is accompanied by three separate critical commentaries, all of which are then followed by another article from Wood responding to some of the issues raised by the commentators. These exchanges make for an interesting discourse on a highly controversial subject.

As Wood points out, the notion of videogame addiction has no official support from the medical or mental health establishment. The American Psychiatric Association's Diagnostic and Statistical Manual of Mental Disorders lists criteria for two separate forms of what would commonly be termed "addiction": substance dependence and pathological gambling. The former usually involves physiological dependence, which is characterized by both tolerance and withdrawal symptoms. The latter, however, is defined primarily in behavioral terms, and as such is frequently used as a template for describing "videogame addiction." The authors agree that this is a flawed approach.

For one thing, problem gambling involves a particular cycle of behavior in which the gambler tries to win back his or her losses by making more bets (i.e., chasing losses). Almost inevitably, this leads to further losses and a continuation of the negative cycle. In addition, research has shown that many pathological gamblers experience a high similar to that which cocaine addicts experience. Of course, videogame playing has nothing to do with betting real money on games of chance. Moreover, there is no scientific proof that gamers experience the same sorts of highs associated with chemical dependence. Clearly, using the criteria for pathological gambling as a model for "videogame addiction" is inappropriate.

A major point of discussion among the authors is the question of whether videogames are inherently addictive. As Wood argues through several case studies, there is little evidence that videogames are inherently addictive or problematic per se; rather, unhealthily excessive videogame playing is often just a symptom of an underlying issue. Wood gives the example of a 10-year-old boy who spends most of his spare time playing World of Warcraft. His parents think the game is to blame for his decreased desire to go to school. As it turns out, however, he had recently been the victim of intense bullying and was actually using the game as a safe means of socializing. The game was the symptom, not the cause, of the problem.

Although the commentators mostly agree with Wood, they do criticize him on a couple key points. First, since pretty much everyone who suffers from substance dependence also has some underlying mental health disorder, Wood's reasoning could be used to argue that most drug addicts aren't actually addicted, which of course we know to be false. Second, Wood doesn't really supply any proof that videogame addiction doesn't exist; rather, he merely establishes that there isn't any solid proof of it yet. That being said, the authors generally agree that the media hype around videogame "addiction" has caused serious misperceptions around the meaning of the term addiction and led people to draw premature conclusions about the nature of videogames.

In my opinion, this discussion really gets back to how we choose to define "addiction." If we're working from the currently accepted clinical criteria for substance dependence and pathological gambling (the two main reference points), then the notion of videogame "addiction" becomes highly dubious. In fact, the idea of defining specific activities as inherently addictive (e.g., sex, gambling, videogame playing) is a big area of controversy right now in the mental health field. Just because an activity has the potential to be harmful does not necessarily mean it's addictive. That videogames are harmful is far from proven; that they are clinically addictive even less so.

I disagree with the OP. I think video game addiction DOES meet the the clinical criteria. I never would have considered video games “addictive” but rather “habit forming” UNTIL I read the clinical criteria for addiction and realized that non drugs can fit this description. The OP is wrong, because while gambling has a tendency to bet higher and higher to win back losses and video games dont…..that is not the criteria. The criteria is 3 out of 7….ANY 3 out of 7. I think the criteria is total garbage, as is the disease model of addiction. I think I… Read more »

“In addition, research has shown that many pathological gamblers experience a high similar to that which cocaine addicts experience.”

The first mistake one can make in this debate is to suppose that video/computer games may or may not be inherently addictive per se. Each game must be evaluated on its own terms. It makes the debate much more complex, and it becomes limited to people who actually understand the nature of specific games. However, it is the most important question to ask. The second respondent seems to be addicted to video/computer games in general, whereas I know someone who is addicted to World of Warcraft in particular, not video games in general. So we must ask not, what is… Read more »

So many addictions, it really makes me wonder if looking for addictions may be an addiction too…

True addicts don’t limit themselves to a single behavior. Gambling addicts are typically also drug/alcohol, sex or thrill addicts as well. All addiction comes from a particular part of the brain that harbors GABA-A receptors. In the brain of addicts highly intense and pleasurable experiences take priority over all other reward mechanisms in the brain once the switch for addiction has been flipped. Once the switch has been flipped an addict will be unable to stop doing the behavior that he or she is addicted to regardless of the consequences. I should also clear up a common confusion of definitions.… Read more »

I’d love to read the articles; however, I am unwilling to pay $32 dollars to read about something I have lived through myself. I am currently 35 and have been a computer gaming addict for about 18 years, spanning 1987-2006, yet it didn’t get “bad” until 1996-2003. The formative years were when I got my first C64, although I have been playing coin-op games since 1977. During my worst period (PC gaming), I would buy a new PC game every paycheck; sometimes two. I would load the game, play it for 5 minutes, marvel at how cool it was, and… Read more »

How much more is the obvious going to be discussed? Some people have obsessive tendencies which will be triggered by certain games/alcohol/drugs. Others have problems in ‘real-life’ in which online gaming, just like alcohol or drugs is at that moment an escape route to. It. All. Depends. On. The. Person Common-sense for the win. Ive never read so much bullshit as about addictions in general and online-games. Ofcourse, everything that comes from psychologists/psychiatrists trying to mass-label is deemed to be laughable and can not be taken seriously at all. There are exceptions. Though unfortunately there are still those prehistoric MD’s… Read more »