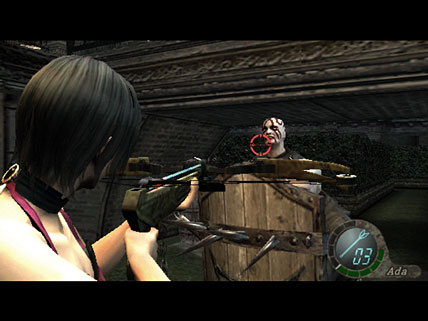 Parents should be aware that this game contains such gruesome imagery as: a dead woman pinned to a wall with a pitchfork stuck through her face, decapitations via chainsaw, exploding heads, burning bodies, and a person's face being melted off with acid.

Fans of the Playstation 2 version will appreciate the slight improvement in graphics and the new controls. The lack of any additional content, however, may not justify a purchase for some.

HDTV Owners will like the fact that this version supports 480p and true widescreen, as opposed to the GameCube version, which used a forced letterbox format.

Deaf and Hard of Hearing gamers should be able to play this game with the help of subtitles. However, not being able to hear noises that indicate the presence of enemies off screen might make it more difficult.