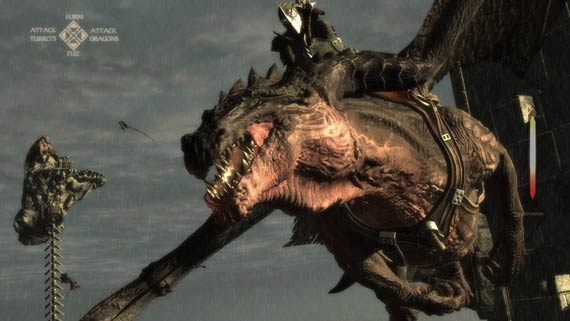 What if a videogame could automatically sense when a player is starting to get frustrated? What if, before the player decides to throw down his or her controller in disgust, a game could detect emerging feelings of impatience and provide just enough support to induce the player to continue? Last month’s issue of the International Journal of Human-Computer Studies details the results of a collaborative study between Microsoft Research and MIT in which researchers created a computer program that could successfully predict player frustration (with nearly 80% accuracy) based on purely non-verbal physical data.

The guinea pigs (24 middle-school students) were hooked up to a variety of sensors designed to pick up everything from number of fidgets to changes in posture to speed of head movement, among other things. Under this mass of monitoring equipment, subjects sat before a plasma TV and played a virtual version of the Towers of Hanoi puzzle. Throughout the activity, players had the option of pressing either of two buttons labeled “I’m frustrated” and “I need some help.” By analyzing the data obtained from “frustrated” subjects, the computer correctly predicted frustration nearly 4 out of 5 times.

Given its complexity, I doubt this kind of device will show up in a commercial videogame anytime in the near future. Nonetheless, it does present some interesting possibilities. Imagine being about to give up on a puzzle in Zelda only to hear “You’re almost there. Just keep looking.” Imagine a sports game that lets players score some points just when they’re ready to quit. Imagine being ready to break the Lair disc when the game suddenly offers an easier control scheme. An appealing fantasy, but don’t good game designers already do enough to prevent frustration in the first place?

Over the years, game designers have learned a great deal about the kinds of things that tend to make players want to give up (e.g., unforgiving save systems, unbalanced difficulty, poor controls, etc.). With the arrival of play testing and focus groups, the most frustration-inducing aspects of a game are usually removed or redesigned long before the game is even released. Some games do such a good job at keeping players motivated that they are far more likely to quit in order to eat or sleep than out of frustration. Indeed, sometimes even eating and sleeping aren’t enough to get players to stop.

Perhaps a more interesting line of inquiry for videogames would be to find ways of detecting various emotional states as a means of driving plot generation and enemy interaction. Imagine a role-playing game that could tell which character the player is most attached to and kill him or her off for dramatic effect, or a survival horror game that automatically shocks players right when they’re the most calm and unsuspecting. The possibilities are endless. Although researchers have not been very successful so far at differentiating specific emotional states using computers, this may one day be possible.

The idea of a game that can dynamically respond or even modify its own structure based on the player’s emotional state opens up some fascinating design possibilities. While research on computerized emotion detection is still in a rudimentary phase, it will be interesting to see where it goes and what affect, if any, its development may have on the evolution of videogames and other forms of interactive entertainment.

I know this is an older article, but I wonder if you’re familiar with the upcoming shooter Left 4 Dead? It’s from Valve (half life/the orange box, and there’s even a hidden teaser for L4D on the orange box), and it’s a cooperative shooter that pits four players as survivors trying to escape a city (the given level, wherever) while fending off hordes of infected enemies, the infected being basically zombies that run fast and hit hard (think 28 days later, or the 2004 dawn of the dead). What’s really cool is what they’re calling the AI director. Normally in… Read more »

Another line of research I’d like to add is that with such study’s results, psychologists can reliably measure frustration in relation to aggression in video games. Whether the excitation-transfer theory has some weight in explaining why psychologists found such and such.