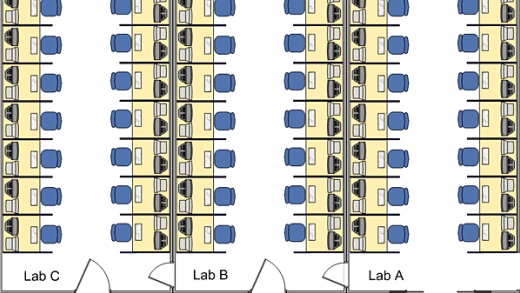 Back when I was a little kid in the late 1980s, I had this idealized vision of how awesome it must be to play video games for a living. I knew that there were people out there who played games for the purpose of quality testing and so on, and for whatever reason, my little kid brain thought it must be the greatest job in the world. I probably saw it as at least on par to working at a candy factory. It all comes down to that fact that I had no understanding of the law of diminishing returns and therefore believed that being able to do a thing that I like all day every day must be nothing short of bliss.

Of course, as I grew up it became clear that playtesting isn't all it's cracked up to be, and that people can get burned out on it very quickly. I didn't know this from experience, but this was the sense I'd gotten, probably based on reading about other people's experiences. Today, even if I had the opportunity to make a living playtesting games, I probably wouldn't take it. That being said, there's still a childish part of me that absolutely would, and that's the part of me that signed up to be a playtester for Microsoft immediately upon moving to Seattle. Here's how my first playtesting session went down.

The session took place on a Saturday morning in a building located a few miles from Microsoft's main campus. Upon arriving I was immediately struck (though not surprised) by how overwhelmingly male and by how late-twenties to early-thirties the other playtesters were. I think I only saw one female, and she looked like she felt pretty awkward to be there. After signing in, we were all led into a large conference room where we lined up at a computer to select two gratuity items. I chose Lost Odyssey and Halo 3. We then sat silently around a table while being treated to some Comedy Central projected onto a large screen. I really noticed how silent everyone was. The scene basically consisted of a bunch of gamers solemly watching TV. Despite the presence of Comedy Central, there was definitely an air of earnestness to the proceedings.

We were then led through a maze of hallways into a room with a bunch of stations, each with two Xbox 360s hooked up to a small monitor. I'm not allowed to say anything about the game I played, but I will say that it was different than anything I was expecting. The room was a bit too cold, and at times I felt sort of a strange anxiety around whether I was doing a good job. I would periodically ask the coordinator gal a question, but she usually just told me that if I'm finding something confusing, then I should note it down because it could be useful feedback for the developers. This makes a lot of sense, but it took me a while to internalize it.

After an hour or so of playtesting, we were led back to the conference room where an array of choice sodas and pizzas awaited us. For the next 30 minutes, I sat at the conference table, ate pizza, drank soda, and watched Kingpin (one of my favorite comedies) on the big projection screen. And although people were still almost completely quiet (we were actually told to refrain from talking amongst ourselves about the game), the room was less tense than before. Of course, having free pizza and watching Kingpin will usually placate most males in my age bracket. It was at around this time that I said to myself: this is cool, I could definitely do this again.

The second half of the playtesting session went down almost exactly like the first, the only difference being that now that I had some familiarity with the game I was able to dig a little deeper into it. When the time was up, we were handed our gratuity items and asked if we would be willing to attend a short focus group with the developers, which I agreed to do. So in addition to this being the first time I had ever playtested anything, it was also the first time I'd ever been part of a focus group. There's not a lot I can say, except that I was pretty impressed with the feedback people gave. With few exceptions, almost everyone in the group was articulate and had genuinely interesting and thoughtful things to say about the game. Oh yeah, and one of the developers kind of looked and dressed like an over the hill rockstar.

All in all, I had a pretty good time, and it was fun to play a small part in the development of a video game. Of course, the free games and pizza were a nice bonus. I still wouldn't want to do it for a living, but there are much worse ways to spend a Saturday morning.

You described the environment as pretty much what I would expect. Young males, presumably white wearing T-shirts and wearing baseball caps backwards. If I’m wrong you can let me know. That there was even one girl there was surprising. That’s one more than I thought there would be. 🙂 Also, that the crowd was quiet and earnest is pretty interesting. I wonder how many of these guys were there looking to use that session as a foot in the door for a potential game development job. Or maybe they were just eager to play some new games that no one… Read more »

I’ve always had the same feeling about Game Testing as you–sounds great in theory, but the practical reality of it is probably a real drag. Former GC writer Thom Moyles was (and may still be) a game tester–and it never sounded particularly glamorous when he’d come over and play games that the house.

Focus groups are funny–I’ve done a lot over the years (they pay well…) and it’s usually entertaining. You either find a group of articulate people (rarely) or people so stupid you leave feeling like Einstein.

Thanks for sharing this–it was quite interesting.