A Toy and its Blob 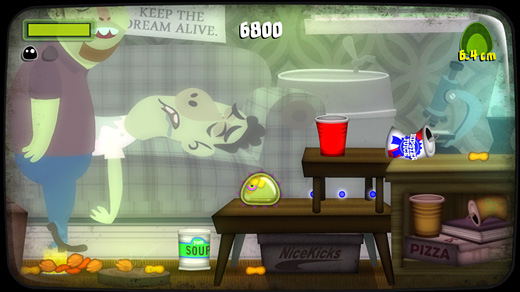 The PlayStation Vita is officially upon us, and I've only one major complaint about it so far: I ain't got one. Luckily, I was made doubly fortunate last week by Toronto's own DrinkBox Studios, who not only managed to stave off my hunger for said portable console by putting one in my hands for an extended period, but also showed me their fine new platformer, Tales from Space: Mutant Blobs Attack!

What's that you say?  You didn't see that box on the shelf at StopGame recently?  Silly you, it ain't in a box.  No sir: it's actually a PSN Store exclusive that you can pick up right now for what I think is a very reasonable price, based on my enjoyment of the preview.

Yes, as you might ascertain from the title alone, Mutant Blobs Attack is sci-fi-themed game that is aimed straight at your whimsy center.  Players take control of a gelatinous blob whose only mission is to simply have a couple of meals and get a little bigger.  If that means he might devour the entire world … well, what does he care?  He's a blob.

Over a multitude of various platforming levels, you'll steer the blob over increasingly larger terrain (as he grows in size), you'll solve puzzles using a fun physics engine, and you'll get a nice tour of the new Vita's gaming functionalities.  Yes, the game makes good use of the front panels and the gyroscope to interact with the environment—it even allows you to use the back touch screen for input in place of button controls in certain sections.

The game's levels I was shown at the preview event had many platforming staples that we've seen in years past, but there is certainly a fair amount of variance to the proceedings.  Aside from jumping, rolling, and collecting (a la LocoRoco) and solving physics puzzles (Rochard, etc.), there are also some flying-type challenges requiring precision boosting and dodging.  There are also top-down bonus levels that use the Vita's gyroscope for some Katamari-like absorb-a-thons.  All told, the game has plenty of differentiation in its construction.

Mutant Blobs Attack's biggest strength, though, is the overall tone it achieves. Its sci-fi B-movie tropes, it's Kricfalusi-inspired animation style, and it's snappy music and sound design all tickled me in some form or another.  Layer-in plenty of in-game nods to various other Toronto game projects, and you can tell that DrinkBox is all about instilling delight in their players.

DrinkBox is composed of ex-employees of Pseudo Interactive (Cel Damage, Full Auto), and as their new, smaller company grows, I feel they've made what looks to be a wonderful calling card with this new, download-only portable title.  I was unfamiliar with their PSN-exclusive first game (Tales from Space: About a Blob), yet I plan on going back and picking it up soon.  On top of this, they're also really nice guys to boot, so I wish them well. From what I've seen of Mutant Blobs Attack, it looks like a very safe bet for those who might feel ambivalent about the Vita's first-party offerings, or maybe even more so for those who are overwhelmed by the Vita's packed online store.

It's out now; go absorb it. 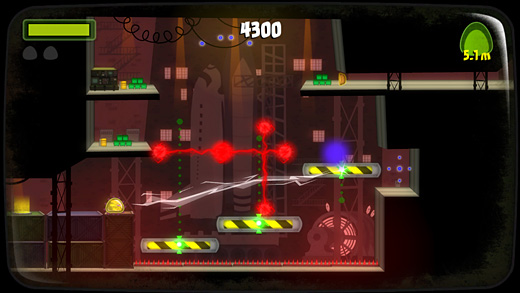 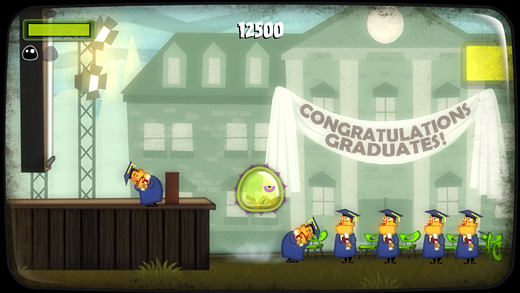 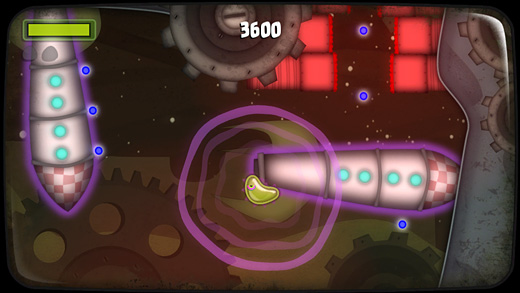 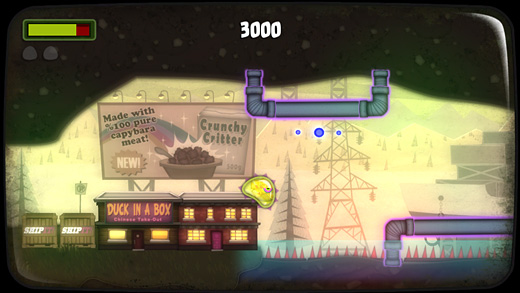