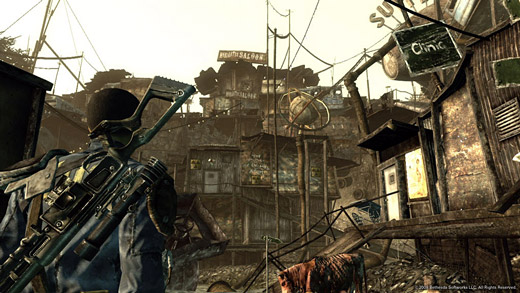 Something interesting I noticed this year was a trend of push-back against "choice" games in which the player did not get to control every outcome.  The two biggest examples which spring to mind are, of course, The Walking Dead and Mass Effect 3.

Both games feature the player choosing between several options of dialogue to effectively guide the direction of the story, yet both also feature predetermined sequences which the player is not able to avoid. In both cases, I observed a number of people voicing claims of dissatisfaction, most often citing something along the lines of "my choices didn't matter."

I found this fascinating.

I suppose it's normal to expect that in a medium where players usually have complete control within a clearly defined set of boundaries (most of the time) that some people would rebel against the idea of something "within limits" being out of their control, but at the same time, I do think it's unreasonable to expect that players should be able to call every shot in every situation when choices occur.

On a practical level, developers can't possibly account for every choice that might be made by every player. Games can only be of a certain scope, so despite how many branches there might potentially be in any given story, any game built on narrative will eventually have to converge at a place (or places) that the developer chooses.

Apart from this pragmatic view, it's only logical to conclude that certain things are going to happen regardless of what the player wants, and if what occurs isn't exactly the ideal outcome, then that's something to be prepared for when a player begins. After all, it's hardly common (at least in my experience) to YouTube an ending before starting something to make sure that it'll turn out the way the player wants. It seems far more common that we all start a game hoping for the best, and if things don't go the way we want them to, we usually shake our heads and move on. 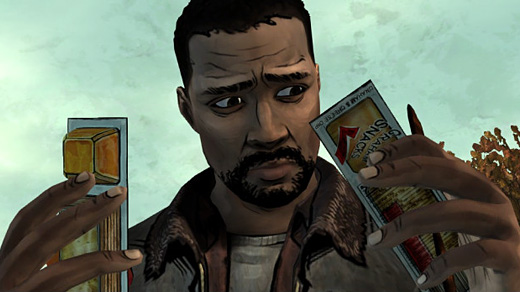 Although I'm not sure whether it was a deeper degree of player investment or perhaps a shifting level of expectations in the player base, but my impression from the Internet, Twitter, and from conversations with others was that if players didn't feel like they had enough agency, then they weren't going to take it.

The most obvious example of this is one I mentioned earlier, Mass Effect 3. I can't think of any game in my entire career which spawned as much ill will and bad feeling over an ending as this one did, and most of the heartburn seemed to stem from a feeling that no matter what players did, the ending was essentially the same.

Putting aside the narrative merits of what actually occurred in the ending, Mass Effect has always been a series about making tough choices, and the conclusion of Mass Effect 3 was no different. What was different was that this time Commander Shepard found herself completely at the mercy of a superior force, and was faced with options which (clearly) a large number of players found distasteful. I can certainly understand this distaste, but then again, this type of rock-and-hard-place is certainly fair game for a high-stakes sci-fi story like this one. Is the real issue that Mass Effect functions heavily as a power fantasy, and it's the stripping away of that power that players were rebelling against?

The other example which struck me this year, The Walking Dead, seemed to be generating some grumbly chatter based on the idea that, again, "choices didn't matter" since Lee and his group would often go through the same events regardless of which choices the player made.

The issue of not being able to program every possible outcome aside, it seemed that some of these dissatisfied players were applying their expectations of what "a normal game" should offer rather than being open to a new definition of choice and consequence. For example, while certain characters will die no matter what the player chooses, there are a million character-defining events which occur beforehand and which will ultimately color not only the way that event plays out, but how the player feels about it. 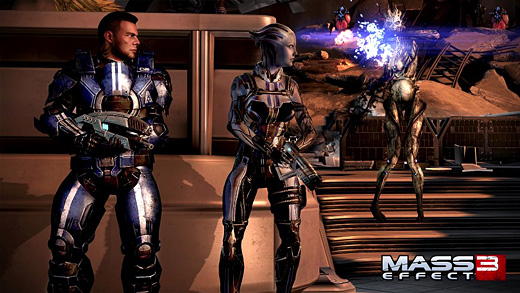 I also think it's worth noting that unless someone is FAQ-ing, replaying, or playing concurrently from multiple saves, there's no way to know what the other possibilities are. Arguably, The Walking Dead is the sort of heavily emotional experience that isn't designed for multiple playthroughs, so holding it to that sort of standard might not be appropriate in the first place.

In my view, these are two instances where the developers had very clear ideas about where they wanted the player to go and what they want the player to go through, and being subjected to that vision is simply part of the unspoken agreement that players enter into when beginning any game. Of course, there's no guarantee that what the developers have in store will be to every player's taste, but that's a risk that has to be taken. It's no different than any other form of media despite the fact that games are more interactive than the rest.

Of course, I do think that there is a difference between being unhappy with an unpleasant choice or a lack of choices, and being forced into a situation which does not make sense within the game's own world.

The most notable instance that comes to mind is the conclusion of Fallout 3. In this case, the developers wanted the player to sacrifice themselves in a heroic gesture, but wrote the scenario in such a way as to make it nonsensical—many players arrived at the final scene with a companion who was immune to radiation, so asking the player to commit suicide in a radiation-filled room was totally illogical with another way to resolve the story standing (literally) before the player's eyes.

Of course, the developers amended this ending to fit the reality of the game's world soon afterward, and I think that was the appropriate thing to do. However, I think the obvious faux pas committed in Fallout 3 is an entirely different situation than what takes place in both Mass Effect 3 and The Walking Dead.

Although these two games, their journeys, and the choices they offer aren't exactly the same, what I think they have in common is that the developers were very deliberate about giving the player as much or as little choice as they did in the service of their overall narrative goal. As players partaking in someone else's vision, I think we need to remain open to the fact that even though we do sit in the driver's seat when playing games, we can't always choose where the road goes. Knowing that, if the final destination doesn't suit us, isn't there still something to be gained from taking the trip?

I’ve never understood why developers, publishers, game reviewers (GameCritics included), and players – basically the entire market – insist on blathering on about the ‘choices’ in games, and subsequently how people feel so let down when they find out their choices don’t matter by the end of the experience. How for example, people felt such massive disappointment when the so-called ‘choices’ they had been making during nigh-on 150 hours of Mass Effect gameplay over 3 episodes, didn’t amount to hill of beans in the conclusion. What do you expect – reality? No game offers true choice, just various levels of… Read more »

When it comes to narrative focused games I think it’s a little naive to think that everything you do will be different on new playthroughs. I mean in Alpha protocol, which has yet to be surpassed in my mind as the most variations I’ve ever seen in a mainstream release or at least a voiced game, ultimately the plot doesn’t change nor do the goals of the campaign but I never complained during playthrough 4 when I found that you could slip rat poison into a boss’s cocaine stash but no matter what you always go there or that you… Read more »

I have always felt some stories always have a way they generally have to end. Look at many tv shows right now… Breaking Bad, Walking Dead, or Dexter are going to have only limited ways they are going to end. More than likely anyway. With tv shows it is okay, because we don’t control that. When games give choices, people always expect that there are going to be a ton of different way events could play out. Even when a game like Mass Effect builds itself on player choice, after playing through the trilogy I felt that the ending was… Read more »

I have never played TWD and don’t plan to. I have no (strong) opinion on the quality of the game. I don’t care for it and will never play it since i am fed up with zombies. However you guys really need to stop defending TWD against any and all criticism, you are being way too extreme. You love the game — I know, it’s okay, no-one has a problem with that. But just understand that your love for the game is clouding your judgement as your argument basically boils down to this point: Players are entitled whiny bastards and… Read more »