Made For Little Hands 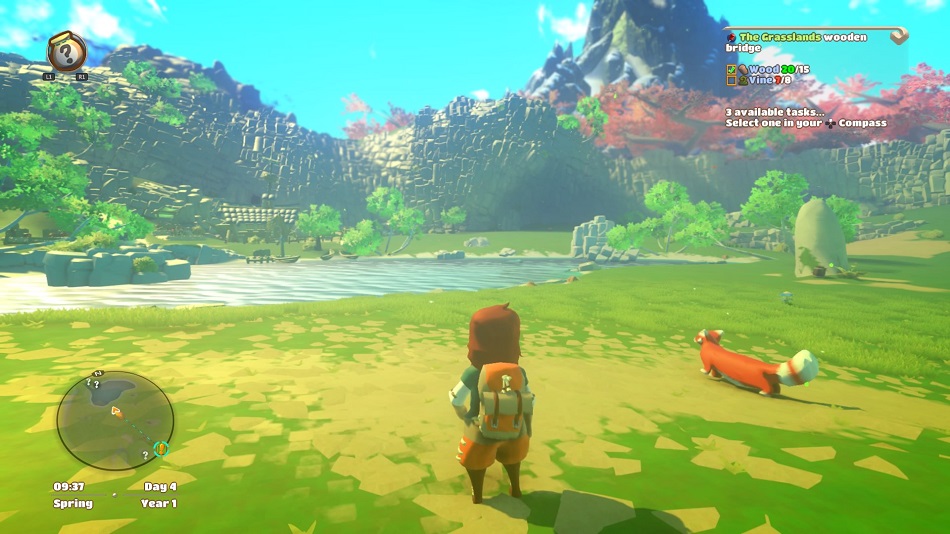 HIGH Getting something so bright and friendly for kids is fantastic.

LOW The trading economy should be simpler.

WTF How did they make all the animals so adorable???

It’s rare that I see something so perfectly crafted for kids, and I probably wouldn’t have recognized it if I hadn’t already had two of my own. But, as the father of two boys, it only took me a few minutes with Yonder: The Cloud Catcher Chronicles to figure out who it would be perfect for.

Yonder is an absolutely charming little open-world RPG that features absolutely no combat. Instead, it’s all about exploring the landscape and completing basic quests for villagers.

After creating a custom character (male or female, skin/color options, body shape sliders) players are set free in an extremely simple, straightforward world with question marks on the map and a magic compass that points the way towards the next objective.

Things that can be picked up are easily spotted, and the UI has a very Minecraft-like feel. The game is quite clear about letting players know how to interact with things (chopping, hammering, planting, and more) and minimal reading skill is needed to make progress. Players can talk to villagers and learn that they all basically need X number of things found and brought back. The dock needs eight stones, the bridge needs twenty wood and eight vines, and so on. 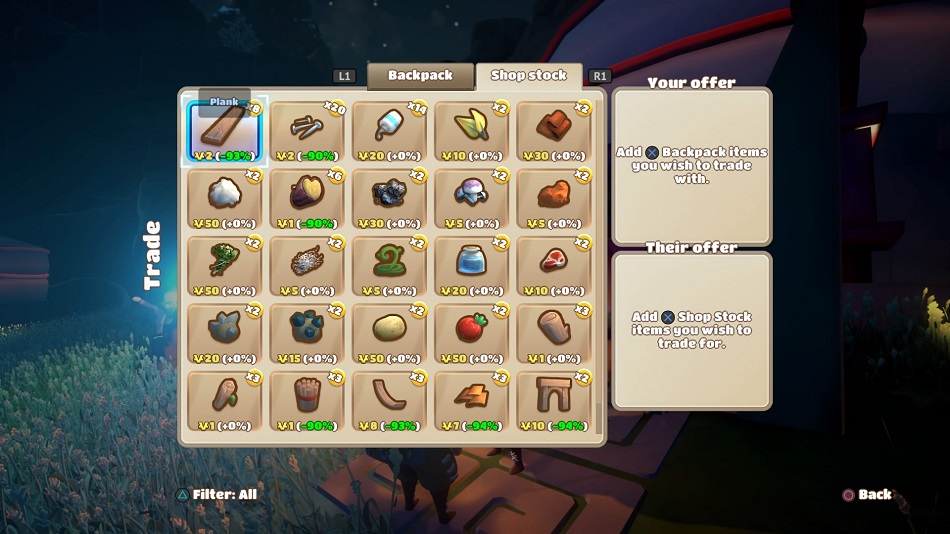 There are other activities, including building a small farm and populating it with livestock, fishing, planting trees, leaving loot boxes for other players, exploring, and more. There’s no danger anywhere, no deaths or penalties, and characters are free to go as far as they like and do whatever they like, although they will eventually bump up against roadblocks made of “murk” that can only be removed after a certain number of quests are completed and murk-clearing fairies are found.

As the adventure continues, players will find slightly more complex tasks. Probably the most complicated thing in Yonder is the bartering system. In order to get certain required items needed for quests, players must trade for them. Since there’s no combat, there’s no gold to be earned. Therefore, it’s all about collecting wares and finding someone who will exchange theirs for the player’s.

Honestly, I think the bartering is a bit of a drag… instead of being simple item swaps, there’s an economic value attached to goods (my nails are worth 90% less here??) so it puts the brakes on what is an otherwise light, breezy experience. That said, I can easily imagine young ones who wouldn’t be even a bit put out by it. After all, kids generally have a much higher threshold for grinding and boredom —  while they might need an adult to help them figure out how the bartering works, once they get a grasp on it, I imagine small ones would happily collect the bits and bobs they need to craft or trade in order to continue on.

In some ways, Yonder reminds of Animal Crossing with a bit of Fantasy Life thrown in, if one squints and tilts their head sideways. All three offer pleasant busywork and pastel colors, and they’re all just the sort of thing if a person’s in the mood for it. However, I strongly suspect that the optimal audience is comprised of kids looking for a game that offers a lot of easily-accomplished Stuff To Do without fear of restarts or penalties.

Yonder: The Cloud catcher Chronicles isn’t a great fit for me and I suspect most seasoned players will bow out in a hurry, but I’m going to let my eight-year-old son sit down with it tomorrow, and I imagine I’ll have to pry him off of it with a crowbar. Rating: 7 out of 10

Disclosures: This game is developed and published by Prideful Sloth. It is currently available on PS4 and PC. This copy of the game was obtained via publisher and reviewed on the PS4. Approximately 3.5 hours of play were devoted to the single-player mode, and the game was not completed. There are no multiplayer modes.

Parents: According to the ESRB, this game is rated E and contains Crude Humor. This is a role-playing game in which players explore an island (Gemea) in an attempt to dispel an evil force. Players interact with people, craft items, raise livestock, and farm the land. One area contains a bog called the “Farty Fen” where flatulence sounds can be heard; another area allows players to tend cattle-like creatures that leave “poo coils” around their pens.

Deaf & Hard of Hearing Gamers: It’s fully accessible. There are no voices or audio cues, and all vital information is on-screen.