For fans of the GameCritics podcasts, there is a double feature.

First up, Episode 68 of the regular show. Topics include X-Men Destiny, Rayman Origins (a.k.a. the episode that demonstrates why I am the coldest, most unfeeling Francophobe critic on the 'net) and quite a bit of discussion about being employed as a games writer, writing reviews for free, and how the two relate to each other. Also, for those keeping track, this is the third-to-last show that Tim Spaeth will ever be hosting, so if you are a Tim fan (and really, who's not?) then make sure you catch him before he's gone.

If one podcast wasn't enough, then tune in to the resurrection of GameCritics After Dark. This particular offshoot is an episode focusing solely on The Legend of Zelda: Skyward Sword and features a different cast. This time around, the program is hosted by @RichardNaik, he's joined by GameCritics regular Mike Bracken (@HorrorGeek), and they are hashing things out with guests Jeffrey Matulef (@MrDurandPierre) and Michael Abbott (@BrainyGamer). If you're hungry to hear more about Zelda, this is the ticket. 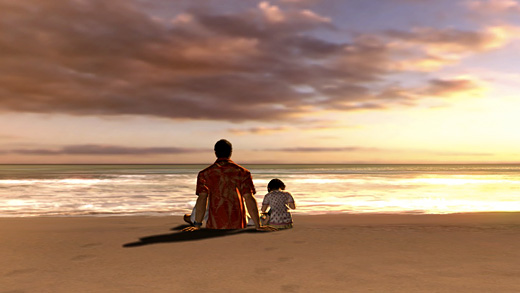 I'm still trying to complete Yakuza 3 before anything big comes in for review, and I'm almost done. If my guess is correct, there are only one or two chapters left, so I'm hoping to wrap it up tomorrow.

I've got to say, out of the three Yakuza titles I've played so far, this one has definitely been the weakest. It's strange to say that because there have been some tremendously emotional moments at certain points in the story, but the game loses its way in the middle and starts to drag… it's just started to pick up again now that I'm closing in on the end, but there were certainly (at least) three or four hours of gameplay that could have been removed from the critical path and the game would have been better for it.

The meandering middle is made worse by the fact that the developers have tinkered with the combat engine and made it quite dull and repetitive—in the previous two games, there were always new moves to unlock, and this constant growth kept the combat feeling exciting and fresh. This time around, it feels as though there are fewer moves, and of the moves that are still here, many of them are tied up with the "heat" status.

Basically, what this means is that there are many attacks that are not usable until the player enters a special powered-up mode. Even after entering "heat", many of the moves that become accessible are impractical to use, or only work in very specific circumstances. For example, I unlocked one move that lets my character jump off of a fence to tackle an enemy… and I haven't ever used it, even once. I don't want to get into too much detail here, but the bottom line is that I've been using the same combos for about eight hours and I'm pretty damned sick of the combat right now.I've never, ever felt that way in the previous two games, so I'm quite disappointed in how things have shifted for the worse here.

I'm hoping that the end will make up for some of the dead space I had to plow through to get there, but we'll see.

I'm still putting some time into Aliens: Infestation, as well. It's actually a pretty cool title and there's a lot to like if you're a fan of the films. On the other hand, it's a little rough in spots and I question how appealing it would be to someone who has no love of the franchise.

For example, there are too many hard-to-hit enemies taking cover behind large crates, and there are certain points at which the player must use the "Flamer" weapon to burn through certain doors. Using fire against aliens is ridiculously underpowered, so of course the developers triple the number of aliens between Point A and Point B when the Flamer is equipped. I also had the game completely crash on me in the middle of fighting a boss, which was pretty frustrating.

I don't mean to sound too negative because Infestation is clearly a love letter to the franchise from people who care about doing it justice, and I really respect that. There is definitely some good stuff going on here, and anyone who considers themselves an Alien fan should own a copy—just go into it knowing that not everything here is roses.

I just wrapped up my review of Quarrel for XBLA and submitted it earlier this evening. Look for that to go live soon. For those of you who don't know, it's basically a puzzle game that combines Scrabble and Risk with a few other strategic elements added to the mix.

It's a pretty good time playing with friends over Live, and it's only $5… it's got a few issues, but it's hard not to recommend at that price for people who intend to play with other people. On the other hand, I wouldn't really recommend it for solo players—as is usually the case in games of this type, playing against the AI is an exercise in frustration.

For you parents out there who need something to listen to that's appropriate for kids, but not annoying enough to drive you crazy, let me give a quick thumbs up to a disc from Caspar Babypants. 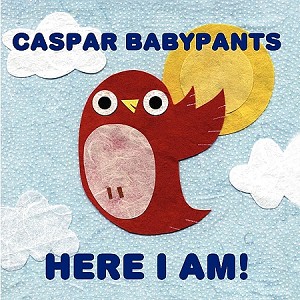 The album is titled Here I Am!, and has a number of catchy tracks that are both friendly enough for even the littlest children, but steer clear of the saccharine inanities that make want to jam and icepick in your eardrums. Interestingly, the band was started by Chris Ballew of the Presidents of the United States of America, so there is certainly some solid musicianship and a pretty good cool factor going on here. My son can be pretty picky about what he listens to, but he took to this CD right away.

In our house, there's no higher recommendation.

I was curious to ask you what parts of the game-play you think could have been shaved off? I recently replayed the game, and If you follow the story, the cinematic aspect of the game is constantly progressing, never dying in exchange for long sections of game-play. The only part of the game I can kind of imagine you are talking about, is when you take out the Chinese Triads that reach Tokyo later in the game, during that part you get one of the 3-4 longer game-play sessions the game has to offer. And by personal experience, this session… Read more »