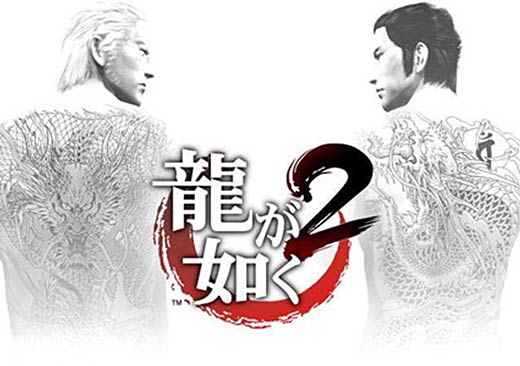 HIGH Some of the best writing and character work in video games, ever.

LOW The technical side could really use a revamp.

WTF I have to go out and aimlessly "enjoy the city" again?!?

When people hear the word "mature" in the context of video games, they usually associate the term with ludicrous amounts of blood and gore, scantily-clad females, or some combination of both. Really, who could blame them? Although some slack must be given since the medium is still in its infancy, the fact is that too many titles have been content with meeting the lowest-common denominator, and striving for little else. Don't get me wrong—I'm no prude and I'm not against explicit content, but having grown up with games, I'm quite ready for games to grow up with me. Sega agrees.

Yakuza 2 picks up exactly one year after protagonist Kazuma Kiryu's last adventure left off. Like many other well-known figures in organized crime, this dragon among men finds that it's not so easy to leave his past behind. After witnessing the death of a friend and former associate, Kazuma has no choice but to step back into the underworld and help set things right.

Taking a critical look at the structure of Yakuza 2, it would be fair to say that there are really only two portions to the game: real-time combat, and the cut-scenes penned by renowned Japanese crime author Hase Seishu. There's not much of substance in between, and to be perfectly honest, the technical side of the game's production hasn't received much attention. Load times may have been reduced, but poor camera angles are still an issue, objectives are sometimes unclear, and many minor aspects like item management and save points are still in need of polish. Rather than being a true, improved sequel, these rough edges are evidence for the case that Yakuza 2 is more like a 1.5. Fortunately for players, all is forgiven since the first game was outstanding, and the current installment is every bit as good. 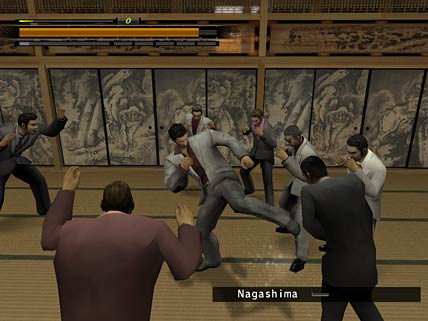 Looking first to the combat, Kazuma throws down with a brutal ferocity that's practically unmatched. When blows land it's almost palpable, and the numerous "heat" moves (akin to a "finisher" or "fatality" from any fighting game) are so raw that I literally winced several times. Slamming an opponent's head into a concrete wall and then driving it home with a rocketing knee thrust isn't something I'm likely to forget any time soon.

By defeating enemies on the streets, experience can be earned and applied towards unlocking new abilities. Gaining a new throw or a resistance to weapons helps keep the fights fresh while giving the player something to look forward to. However, as much as I appreciate fiercely beating down disrespectful opponents in the seedy sections of Kamurocho, the real appeal of Yakuza 2 lies in its intellectual side.

Although no one could be faulted for thinking the game to be little more than a simple brawler, the heart and soul of the experience are the cut-scenes. Seishu's script is excellent, and his work with the game's dialogue and characterizations is practically in a class by itself. Yakuza 2 isn't really a video game so much as it is an interactive crime drama, and that's really what makes it so unique.

It's true that certain aspects of the title have been exaggerated for the sake of sustaining gameplay, but the characters have been modeled after and behave in a very realistic fashion. A lot of time and effort went into capturing the body language and mannerisms that give weight to the delivery of the serious and seriously convoluted tale of double-crosses, murder, and intrigue, and it pays off in spades. When Kazuma accepts responsibility for his actions, it's not just stated through a few lines of text, the player actually feels it. When love interest Det. Kaoru Sayama is torn between emotion and duty, it resonates. The issues and situations portrayed in Yakuza 2 may be the stuff of feature film, but there's also an inherent humanity that's impossible to ignore. It's not a thinly-sketched outline or a caricature of a story twisted around and made to fit absurdly contrived game nonsense…it's a real, honest-to-goodness drama. 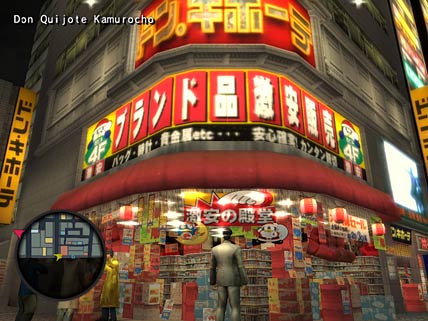 Building upon the solid foundation laid by the character work, the game has no trouble maintaining momentum in the plot, save for a few situations in the second half of the game that probably should have been optional sidequests rather than required activities. Even still, the slow spots are few and far between, and the game's climax and finale are true showstoppers in every sense of the word. I'm not able to discuss the subject in any detail for the sake of avoiding spoilers, but I will say that the last act and final scenes are probably the most genuinely powerful bits of storytelling I've seen in quite some time. Grand Theft Auto IV and the latest Metal Gear could both take more than a few lessons from the work that Sega's turned in here.

Yakuza 2 isn't perfect by a longshot, but it's one of the exceedingly few games that makes an effort to deliver legitimately mature content aimed at, and intended for adults like me who can appreciate something a little more substantial than killing terrorists, aliens, or zombies once in awhile. There's nothing wrong with that stuff of course, but with the entire spectrum of human experience to draw from, it's about time that developers start acknowledging that games can deliver experiences a little deeper than "pull trigger, go boom." Sometimes a few quiet moments between a man and a woman on a rooftop below the stars is all you need. Rating: 8 out of 10. 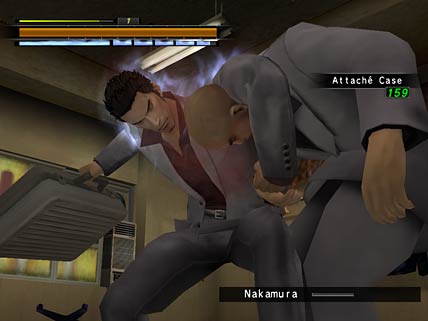 Disclosures: This game was obtained via retail store and reviewed on the PS2. Approximately 18 hours of play were devoted to the single-player mode (completed 1 time). There are no multiplayer modes.

Parents: According to the ESRB, this game contains blood, sexual themes, strong language, use of alcohol, violence, and everybody smokes. A lot. In terms of mature content, this game is the full-meal deal, so under no circumstances is this game appropriate for young ones. This one is strictly grown-ups ONLY.

Deaf & Hard of Hearing Gamers: You should have very little difficulty. The game's detailed plot is fully subtitled (the voice actors speak Japanese), and the only significant auditory cues in the game are the sounds of gunshots when enemies are firing from offscreen. It happens extremely rarely, and what it does, they're still able to be located by a small on-screen map. Besides that tiny issue, there shouldn't be any problem.